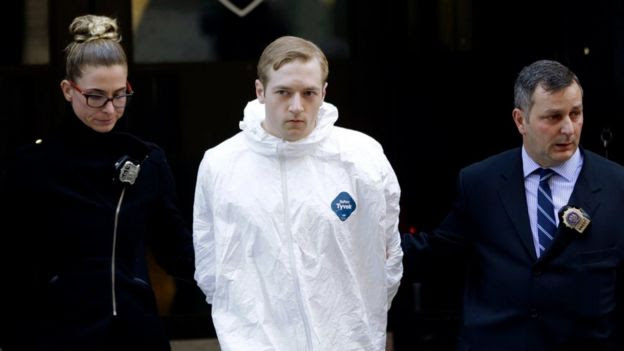 "A white US Army veteran with a hatred for black people travelled to New York City and confronted a black man before killing him with a sword, police say.


James Harris Jackson, 28, is said to have taken a bus from Baltimore to New York with the intention of targeting black men.
When he came across Timothy Caughman, 66, he allegedly stabbed him in the chest and back.
Mr Caughman was pronounced dead in hospital.
His alleged assailant walked into a Times Square police station about 24 hours later and was arrested on suspicion of murder.
He is said to have told officers that he had harboured feelings of hatred towards black men for at least 10 years.