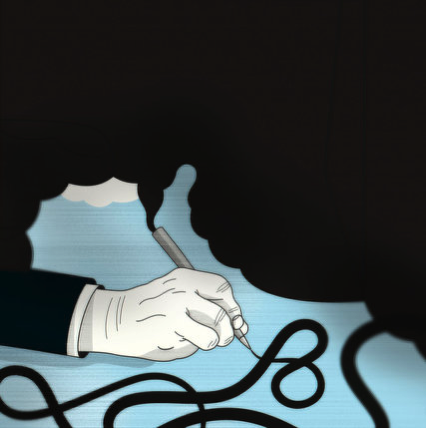 "Only 10 weeks into his presidency, and at great risk to future generations, Donald Trump has ordered the demolition of most of President Barack Obama’s policies to combat climate change by reducing emissions from fossil fuels.

The assault began with Mr. Trump’s pledge in Detroit to roll back fuel efficiency standards for cars and trucks, continued with a stingy budget plan that would end funding for climate-related scientific programs and reached an unhappy apex Tuesday with an executive order that, among things, would rescind the centerpiece of Mr. Obama’s clean power strategy, a rule that would shut down hundreds of old coal-fired power plants and freeze the construction of new ones.

None of this was unexpected from a man who has described climate change as a hoax invented by the Chinese to destroy American industry and who has surrounded himself with cabinet officers and assistants who know or care little about the issue of global warming and its consequences — and who, in many cases, owe their political success to the largess of the oil, gas and coal companies.

Still, the gathering at the Environmental Protection Agency on Tuesday was deeply dismaying — and not only because of Mr. Trump’s tired complaints about job-killing regulations. Or his false promises of more jobs for coal workers whose industry is in irreversible decline because of cheaper natural gas and the tripling in capacity since 2008 of cleaner energy sources like wind and solar."

(Via.). President Trump Risks the Planet - The New York Times: