Supreme Court Back in Session; Nine Cases to Watch Legality of Military Funeral Protests, Other High Profile Cases on Docket

Posted by John H Armwood II at 8:24 AM No comments: 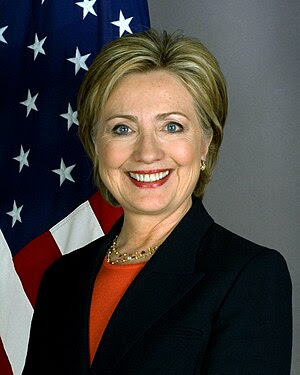 While Bahrain careens and Egypt moves toward a new stasis, the debate over the shape and role of the Internet intensifies in different register and in different levels of abstraction.
An important forum for this global discussion is the Department of State and its vision for the Internet. There's now an incipient tradition: an annual Clinton Internet-celebrating speech given in the winter months. Secretary Clinton's George Washington University speech, given February 15, can best be understood by comparing it to the Internet speech she delivered, with great flourish and fanfare, a little more than one year earlier.
There was a big geopolitical difference. The 2010 speech was given, primarily, with an eye on China. This 2011 speech was set in the wake of Tunisia and Egypt and the roiling Middle East.
The 2011 speech sought -- nobly and romantically -- to emphasize the human aspects, not the mere technological ones, of great public actions that could alter history. This was a speech nominally about the Internet, but Secretary Clinton again and again talked about the power of people massing and demonstrating, not because of technology but merely aided by it. Brave individuals "stood and marched and chanted and the authorities tracked and blocked and arrested them. The Internet did not do any of these things; people did" (emphasis added).
There was a modesty to the speech that refined the most extensive global claims of its 2010 predecessor. The 2010 speech was called "Remarks on Internet Freedom." The 2011 speech put this freedom in context: it was on "Internet Rights and Wrongs: Choices and Challenges in Networked World." Things were and should be stated in a more complicated way.
The 2010 talk spoke about "one Internet" as a challenge to notions of state sovereignty. That formulation was a specific challenge to China with its emphasis on national sovereignty. The idea of "one Internet" was not so marked in the 2011 presentation. In the 2011 speech the Secretary put the United States on the "side of openness" in fighting for an Internet that would aid in fulfilling human rights. It was -- as it was last year -- a complicated balancing act to draw the boundaries of openness, especially during a time of WikiLeaks. This speech -- more rounded, more circumspect -- was only slightly defensive, still prescriptive and committed. The choice of the words "on the side of" openness seems accurate rather than hyperbolic.
At the end, consistent with a pragmatic theme, the Secretary moved to the practical and instrumental: "We realize that in order to be meaningful, online freedoms must carry over into real world activism."
A key paragraph:
While the rights we seek to protect and support are clear, the various ways that these rights are violated are increasingly complex. I know some have criticized us for not pouring funding into a signle technology. But we believe there is not a silver bullet in the struggle against internet repression. There is no app for that. Start working those of you out there. And accordingly, we are taking a comprehensive and innovative approach, one that matches our diplomacy with technology, secure distribution networks for tools, and direct support for those on the front lines.
Subtly, or maybe not so subtly, this paragraph alludes to an intense Beltway and beyond debate about how to split up $30 million appropriated by Congress to facilitate access to the Internet in repressive contexts with an emphasis on circumvention technologies. Here, implicit is defining the proper role of the United States in furthering an open Internet, in furthering the "right to connect" as Secretary Clinton tries to define it. The State Department seems to be working to find this spot -- what combination of strenuous activities advances Internet freedom. Implicit is that some interventions can be counterproductive.
Of course, it's an appealing idea to say that opening up the sluices of information will swiftly bring down dictators, and that's a plausible and welcome reading of events. But these events in Egypt and Bahrain, Libya and elsewhere are the result of many, many activities, inputs, efforts, discussions. Bullets, silver or otherwise, come by and large from the side of tyrants.
Mobilization, demonstration, action -- these, Secretary Clinton seems to conclude -- are the consequence of a system of approaches, not the easy pulling of an off/on switch.
The effort at State involves the sometimes exciting, sometimes duller work of attempting a myriad of activities, "supporting multiple tools," as Clinton put it. She mentioned connecting NGOs and advocates with technology and training, playing a role as "venture capitalist" for new technologies of freedom. What mix is the right one, what judgments help produce the great human acts of bravery and the shift to democratic realization -- that remains subject to the hard realities of day to day executive judgment.
Towards the end of her speech the secretary asserted -- at this time of toppled regimes, sudden changes, mercurial reputations and overnight transformations -- that "we are playing for the long game... progress [in Internet use] will be measured in years, not seconds. The course we chart today will determine whether those who follow us will get the chance to experience the freedom, security and prosperity of an open internet."
The long game is on, and the scores are already coming in.

Posted by John H Armwood II at 9:42 PM No comments:

Visit msnbc.com for breaking news, world news, and news about the economy

Posted by John H Armwood II at 8:31 AM No comments:

The ‘Italian Job’ and Other Highlights From U.S.’s Rendition Program With Egypt - ProPublica

The ‘Italian Job’ and Other Highlights From U.S.’s Rendition Program With Egypt - ProPublica

Among the many aspects of the U.S.-Egypt relationship, few have been as controversial as the CIA’s extraordinary rendition program, where the agency frequently handed over suspected terrorists to foreign governments with histories of torture and illegal detention.
According to Human Rights Watch, Egypt welcomed more CIA detainees than any other country from the 1990s through 2005. And while renditions happen only with the assurance that a foreign partner will not torture the prisoner, as one CIA officer once told Congress, the assurances “weren’t worth a bucket of warm spit.” (Want to know more about rendition? Here’s a good backgrounder.)
In the case of Egypt, the assurances were given by Omar Suleiman, former head of the country’s intelligence service, and the man President Hosni Mubarak picked as his vice president a few days ago.
Perhaps the most notorious case is that of Ibn al-Shaikh al-Libi, a Libyan national captured by Pakistani authorities in the months after the September 11, 2001 attacks. According to a 2006 Senate Intelligence Committee report, [PDF] al-Libi was turned over to American authorities and eventually sent to Egypt, where his fabricated testimony, given under torture, became a key piece of “evidence” falsely linking al-Qaeda to Saddam Hussein.
According to the Senate report, al-Libi said he began to feed his captors false intelligence once American interrogators threatened to send him to a foreign government. He started talking, he said, but was sent to Egypt anyway. He later told the CIA that his Egyptian captors placed him in a box less than 2 feet square for 17 hours.
Then, “when he was let out of the box, al-Libi claims that he was given a last opportunity to ‘tell the truth.’ ” He was struck down, he said, and finally “was punched for 15 minutes.” In another episode, he says he was beaten in a way that wouldn’t leave any marks.
As The New Yorker’s Jane Mayer and others have detailed, the “intelligence” he provided made its way into the 2003 speech that Secretary of State Colin Powell gave to the United Nations, laying out the evidence to justify war with Iraq. Years later, after no weapons of mass destruction were found, al-Libi recanted.
“When the F.B.I. later asked him why he had lied, he blamed the brutality of the Egyptian intelligence service,” Mayer writes. “Libi explained, ‘They were killing me,’ and that, ‘I had to tell them something.’ ”
Another famous case is that of Osama Mustafa Hassan Nasr, an Egyptian cleric who disappeared for a year after he was snatched off the streets of Milan in 2003 and taken to Egypt. Known in the agency as “The Italian Job,” the operation was exposed when Italian prosecutors were able to reconstruct the kidnapping after Nasr was released. In 2009, an Italian court convicted 23 Americans in absentia for the kidnapping.
A 2005 report from Human Rights Watch documented 63 cases of people being rendered to and from Egypt, though the report also estimated that the total number of cases was much higher, with as many as 200 people sent away since 2001. The United States was involved in most but not all of those cases, according to the report.
Muhammad al-Zawahiri, the brother of high-ranking al-Qaeda member Ayman, was reportedly kidnapped in the United Arab Emirates in 1999. He was presumed dead for years until the Arab press picked up on his detention.
“For more than five years, the Egyptian government refused to answer a single question about al-Zawahiri’s whereabouts, and allowed his family to believe that he had died rather than disclose his continued incarceration,” the HRW report said. His brother Hussain was also abducted in 1999, reportedly with help of the CIA in Malaysia, according to the report.
Days after taking office, President Obama signed an executive order restricting renditions but also keeping them as an option. "Obviously you need to preserve some tools – you still have to go after the bad guys," an administration official told the Los Angeles Times.
In September, a federal appeals court ruled that detainees cannot sue the CIA over allegations of torture at the hands of foreign governments.

Posted by John H Armwood II at 3:21 PM No comments: