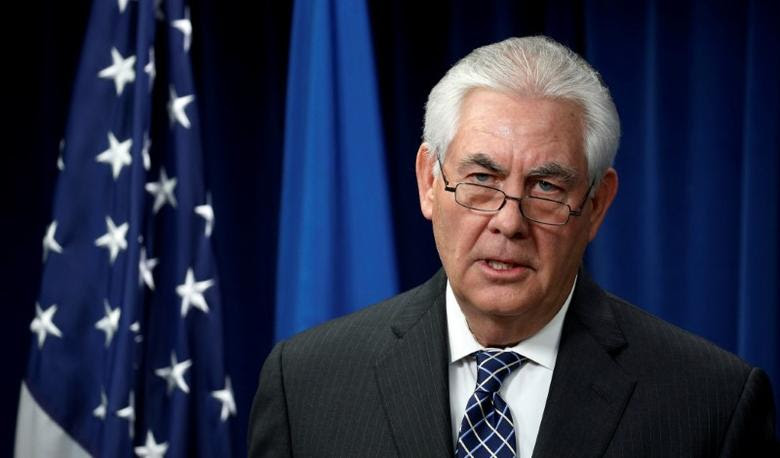 "U.S. Secretary of State Rex Tillerson plans to skip an April 5-6 meeting of NATO foreign ministers for a U.S. visit by the Chinese president and will travel to Russia later in the month, U.S. officials said on Monday, a step allies may see as putting Moscow's concerns ahead of theirs.

Tillerson intends to miss what would be his first meeting in Brussels with the 28 NATO members to attend President Donald Trump's expected April 6-7 talks with Chinese President Xi Jinping at Trump's Mar-a-Lago resort in Florida, four current and former U.S. officials said.

The decisions to skip the NATO meeting and to visit Moscow risked feeding a perception that Trump may be putting U.S. dealings with big powers before those of smaller nations that depend on Washington for their security, said two former U.S. officials.

Trump has often praised Russian President Vladimir Putin, and Tillerson worked with Russia's government for years as a top executive at Exxon Mobil Corp, and has questioned the wisdom of sanctions against Russia that he said could harm U.S. businesses.