America's deportation squads want to expel our neighbours. We are saying no | Bill McKibben | Opinion | The Guardian 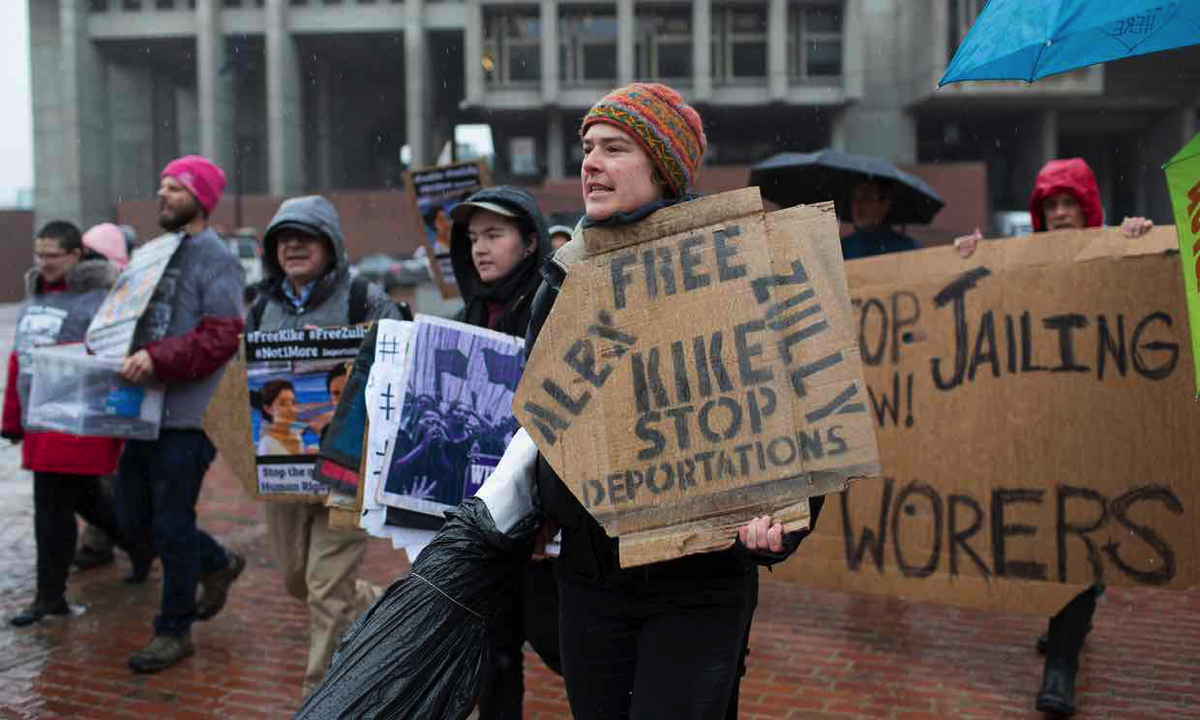 "Vermont, where I live, has the second-smallest population of any state. It’s also among the most rural parts of America, and taken together those two facts produce an iron law: if you see someone with their car stuck in a snowbank, you don’t drive by. You stop and help push. Because if you don’t, nobody else may come by for an hour.

Which is why, I think, many of us have spent part of the past couple weeks trying to win the freedom of three of our neighbors – Kike Balcazar, Zully Palacios and Alex Carrillo. They are undocumented immigrants, who came here to work on our farms, and were detained by the (aptly named) Ice, or Immigrations and Customs Enforcement, in New Hampshire, awaiting deportation.

Even as the great healthcare debate came and went, even as the Keystone pipeline won approval – even as enormous affairs of great and lasting import captivated the nation – this particular small-town tragedy united a great many Vermonters.

My undocumented friend: Carlos does the work few in Vermont want to do Read more "

(Via.).  America's deportation squads want to expel our neighbours. We are saying no | Bill McKibben | Opinion | The Guardian: