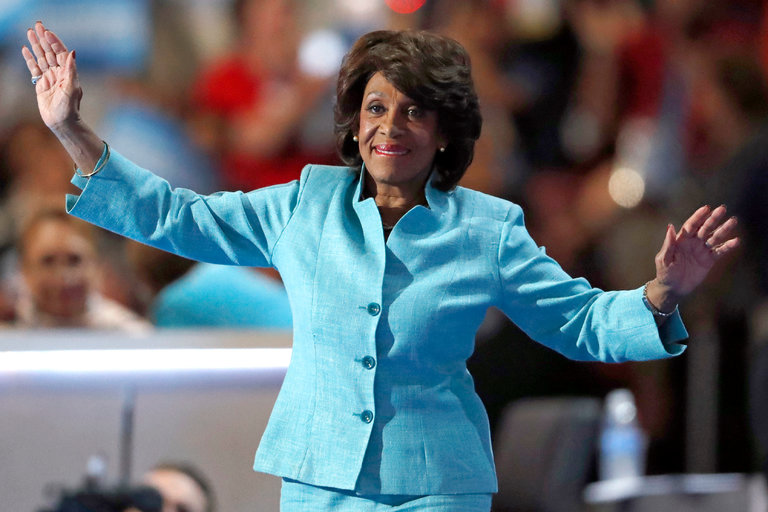 Bill O'Reilly has always been a stone cold racists only watched by bigoted fools. He should be fired after his blatantly racists comments. Boycott 'Fox News and most importantly the companies that advertise in his show."The Fox News host Bill O’Reilly issued an apology on Tuesday to Maxine Waters, the California congresswoman, after an avalanche of criticism about comments he had made that morning about her hair on ‘Fox and Friends.’

But his expression of regret on his own program, ‘The O’Reilly Factor,’ was immediately followed by a lengthy broadside against Ms. Waters, during which he said that she would not come on his show because ‘she does not want to be challenged.’

‘Although many Americans disagree with her extremism at times, she deserves a hearing and she should not be marginalized by political opponents,’ Mr. O’Reilly said. ‘In fact, I made that mistake this morning on ‘Fox and Friends.’ I said in a simple jest that the congressman’s hair distracted me. Well, that was stupid. I apologize.’

The original comment came during a segment on the network’s morning show, in which Mr. O’Reilly was shown observing a speech by Ms. Waters, a frequent critic of President Trump.

When asked for his thoughts, Mr. O’Reilly said, ‘I didn’t hear a word she said. I was looking at the James Brown wig.’

The comment was met with laughter off camera. Ainsley Earhardt, one of the hosts of ‘Fox and Friends,’ jumped in to back Ms. Waters, saying ‘I have to defend her on that. You can’t go after a woman’s looks. I think she’s very attractive.’

Mr. O’Reilly responded, ‘I didn’t say she wasn’t attractive. I love James Brown. But it’s the same hair James Brown, the ‘Godfather of Soul’ had.’

Mr. O’Reilly’s quips received widespread denunciations as the segment spread on social media, with some attacking them as racially charged. Calls for Mr. O’Reilly to be fired intensified as the day continued.

At first, Mr. O’Reilly issued a written statement: ‘As I have said many times, I respect Congresswoman Maxine Waters for being sincere in her beliefs. I said that again today on ‘Fox and Friends’ calling her ‘old school.’ Unfortunately, I also made a jest about her hair which was dumb. I apologize.’ He repeated the apology on his show, though inadvertently calling her a ‘congressman.’

On his show, he used the apology to springboard into a scathing monologue, going after Ms. Waters during his ‘Talking Points Memo’ segment that often leads his show. Ms. Waters referred to Mr. Trump as ‘dangerous’ in the speech that Mr. O’Reilly mocked that morning on ‘Fox and Friends,’ a claim Mr. O’Reilly found objectionable."