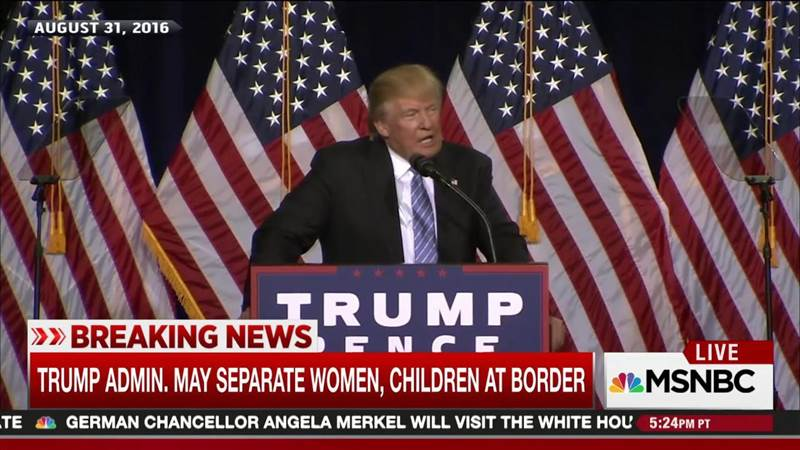 "The Trump administration is planning to radically expand the program and facilities for the detention of immigrant families seeking asylum in the United States, according to documents obtained exclusively by All In.

In a town hall with Department of Homeland Security staffers last month, Asylum Division Chief John Lafferty said DHS had already located 20,000 beds for the indefinite detention of those seeking asylum, according to notes from the meeting obtained by All In. This would represent a nearly 500% increase from current capacity.

The plan is part of a new set of policies for those apprehended at the border that would make good on President Trump’s campaign promise to end the practice critics call ‘catch and release.’

‘If implemented, this expansion in immigration detention would be the fastest and largest in our country’s history,’ says Andrew Free, an immigration lawyer in Nashville who represents clients applying for asylum. ‘And my worry is it’ll be permanent. Once those beds are in place they’ll never go away.’

Reached by phone, Lafferty said he was not authorized to speak on the matter. The Department of Homeland Security has not responded to a request for comment. "