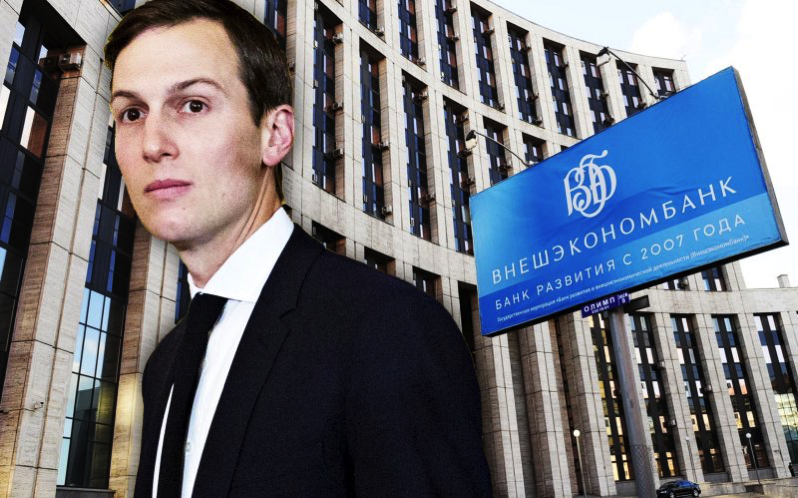 “Trump’s son-in-law and top aide didn’t just meet with the head of a sanctioned Russian bank. He was meeting with a former spy and Putin crony.

03.28.17 2:51 PM ET Not every bank lists a convicted spy serving 30 months in an Ohio prison as its active deputy representative in New York. But then, not every bank is headed by a former spy, much less one found to have spent time with Jared Kushner during a ‘roadshow’ last year, when Donald Trump’s son-in-law was then just a top campaign advisor and not a likely witness about to testify before a Senate committee on Russia’s meddling in U.S. democracy. In those charmed days before the director of the FBI raised in an open session of Congress the very real possibility that some of the president’s men might be working on behalf of a hostile foreign power, there was the curious case of a Wall Street analyst who was handcuffed in his Bronx neighborhood in late Jan. 2015 after going out for groceries. His crime wasn’t peddling junk sub-primes to trusting pensioners but working for Moscow Center. Evgeny Buryakov, a former tax inspector turned officer of the Sluzhba vneshney razvedki, or SVR, Russia’s foreign intelligence service, had arrived in the U.S. just weeks after the feds executed Operation Ghost Stories and brought down ten out of an 11-person spy ring of Russian ‘illegals,’ without whom Anna Chapman’s clothing line and The Americans would now be impossible. A member of the SVR’s Directorate ER, the division tasked with gathering economic intelligence, Buryakov was paid $200,000 to pump his fellow Wall Streeters on information ultimately beneficial to Russia’s GDP, or at least harmful to the nation’s marketplace competitors. His biggest coup, evidently, was helping Rostek, the state-owned defense manufacturer, nearly come away with a handsome contract with Bombardier, the Canadian aerospace firm. Buryakov’s day job was as the second most senior executive in New York for Vnesheconobank, or VEB, the Russian state-owned development bank, and therefore a convenient cover for calling in sick to cultivate agents in Manhattan. Not that the bank was terribly concerned about its quarterly P&L. VEB has was sanctioned by both the U.S. Treasury Department and the European Union in 2014 for its role in underwriting the ongoing war in Ukraine, a penalty the bank has said would have ‘no effect’ on its operations. This was months after the debut of its biggest ‘investment,’ lending the majority of the $50 billion that went into hosting the Sochi Olympics, an event described by Kremlin critic Boris Nemtsov as a winter sporting event in the sub-tropics..."

(Via.).  Jared Kushner Tempted by Russia’s Bank of Spies - The Daily Beast: