Policing the Colony: From the American Revolution to Ferguson | The Nation 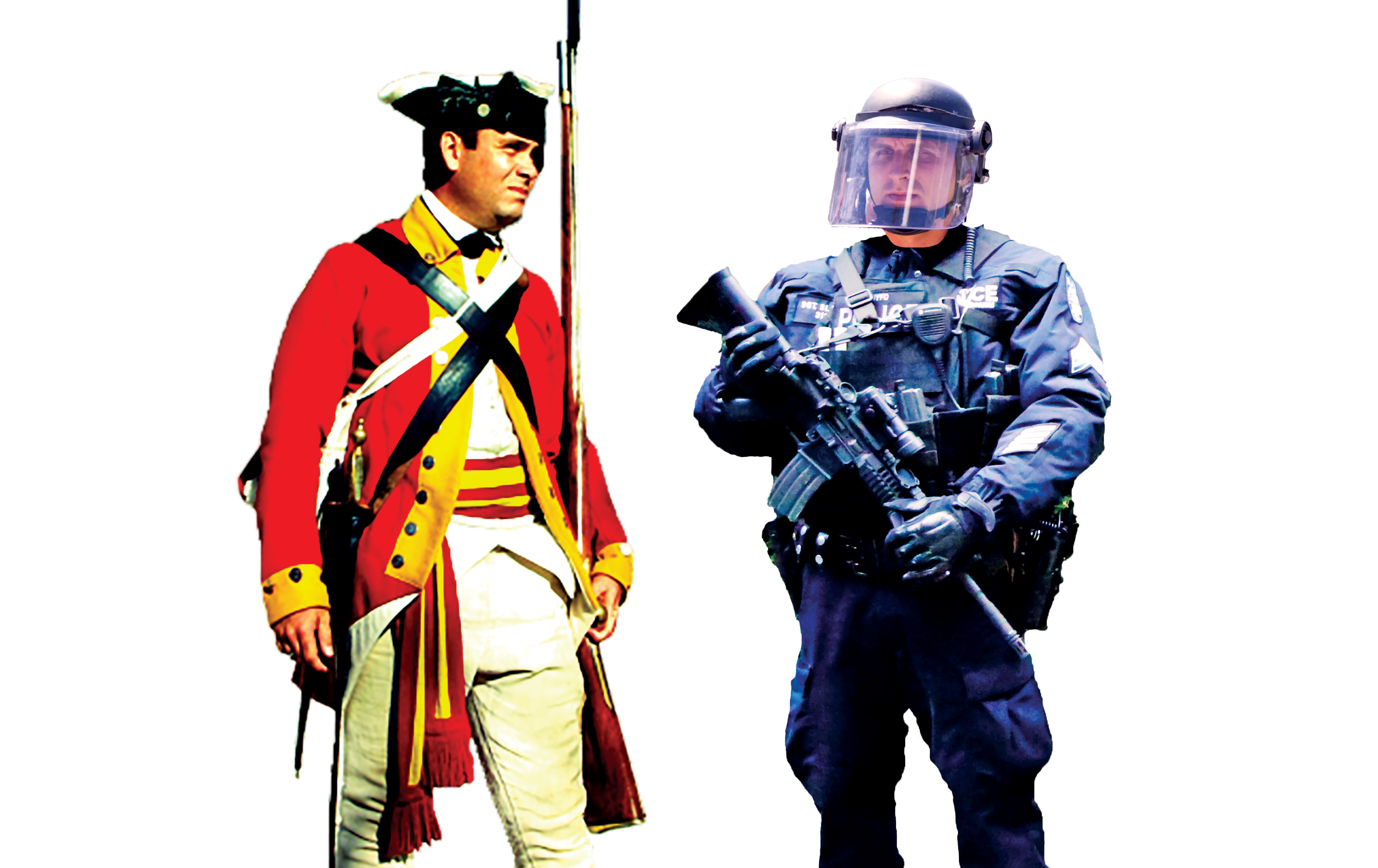 This is the most interesting book on policing I have encountered since Michelle Alexander's groundbreaking "The New Jim Crow". This article gives you a taste. Chris Hayes puts policing history in America into a historical context. My former Criminal Justice students will find the historical analysis very familiar.

When a cop tells you to do something, do it. You hear this folk wisdom a lot, and it  basically comes in two varieties. The first version is the central lesson of “the Talk” that so many African-American parents give their children about how to survive a police encounter: Keep your hands on the wheel. Don’t make sudden movements. Say “Yes, officer. No, officer.”

The other version isn’t merely practical advice but reflects a deeper belief about the sanctity of police authority. It’s what lies behind the question you so often hear: Why didn’t she just do what the cop said? That inquiry comes unbidden every time an incident of police violence is captured on video. Even when the citizen in question is, say, a 16-year-old foster child sitting at her desk in her classroom in Columbia, South Carolina, refusing to leave, only to be body-slammed and dragged across the room.  Why didn’t she just comply? None of this would have happened if she’d just listened..."

Policing the Colony: From the American Revolution to Ferguson | The Nation
Posted by John H Armwood II at 3:19 PM