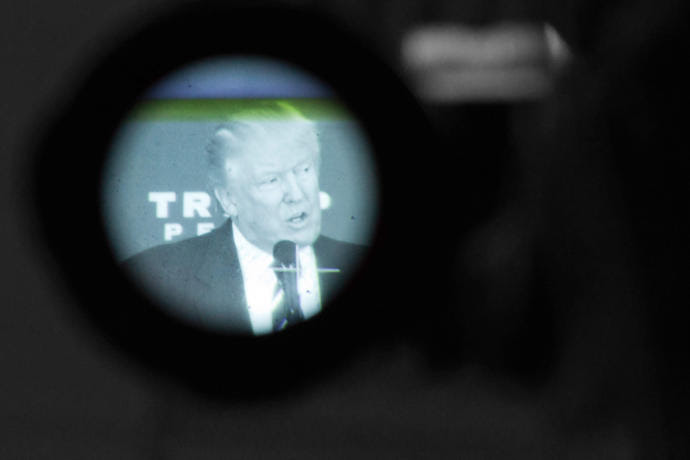 "One of the strangest sentences in American law comes from Justice Lewis F. Powell, Jr. “Under the First Amendment,” he wrote, in 1974, “there is no such thing as a false idea.” That is not a decree that the world brims with truth. He meant that we rely on the marketplace of ideas, rather than on judges and juries, to sort out truth from falsehood—and to continually check our understanding of the truth. The Justice was restating the central tenet embraced in New York Times v. Sullivan, in 1964, the Supreme Court’s most important decision about freedom of speech and of the press. The Court extended the scope of the First Amendment to libel law and held that, even if a citizen stated or a newspaper published criticism about a public official that was incorrect, that mistake could be punished as libel only if the critic knew or suspected that the criticism was false. In 1967, the Court applied this rule to public figures as well.

The premise of the marketplace applies broadly, not just to libel law. The First Amendment protects a lot of harmful speech, including much that is incendiary, offensive, and untrue. That protection covers President Trump, even if he does not believe the torrent of falsehoods he has uttered. Experts on crowd size estimate that his Inauguration attracted a crowd of about a hundred and fifty thousand, but Trump is free to say that there were as many as a million and a half people there. Public officials who oversaw the 2016 election reported that there were scant numbers of votes cast illegally—virtually none compared to the more than 137.7 million ballots cast in total—but Trump can claim that, had it not been for massive voter fraud, he would have won the popular vote, which Hillary Clinton won by 2.9 million votes, or 2.1 per cent of the total.

Justice Oliver Wendell Holmes introduced this concept into American law almost a century ago, writing that “the best test of truth is the power of the thought to get itself accepted in the competition of the market.” That includes Trump’s views that journalists are “among the most dishonest human beings on Earth” and “the enemy of the American people,” and that the federal appeals-court ruling that struck down his first travel ban, a month ago, jeopardized the security of the country.

A wide body of scholarship has poked holes in Holmes’s idea. Fifty years ago, Jerome A. Barron, of George Washington University Law School, instructed that the marketplace fails because it assumes incorrectly that all citizens have access to it, that truth is always among the ideas in the marketplace, and that citizens are rational and will see the truth, rather than being irrational or simply subjective.

Frederick Schauer, of the University of Virginia, summarized the case against the marketplace concept: “placing faith in the superiority of truth” to persuade—over the authority of a speaker, the frequency with which he makes an assertion, the consistency between the assertion and what a listener believes, and other factors, such as whether an assertion is illustrated or not—requires “an almost willful disregard of the masses of scientific and marketing research to the contrary.” (Elizabeth Kolbert wrote last month about new cognitive research that shows the limits of reason.) Schauer wrote that the belief that “a good remedy for false speech is more speech, or that truth will prevail in the long run, may itself be an example of the resistance of false factual propositions to argument and counterexample.”

These days, the most obvious problem with the notion of a marketplace of ideas is balkanization: instead of there being an overarching marketplace where truth can vanquish falsehood, there are at least two very separate markets—“filter bubbles,” as Amanda Hess described them in the Times—for Trump supporters and opponents, resulting from “the tendency of social networks like Facebook and Twitter to lock users into personalized feedback loops, each with its own news sources, cultural touchstones and political inclinations.”

There is also the problem that some bubbles are more counterfactual than others. This was clear from the proliferation of bogus news in support of the Trump campaign, like what came out of the Macedonian town of Veles, with its “100 pro-Trump websites, many of them filled with sensationalist, utterly fake news,” during the Presidential election, as Wired reported. That counterfeit content “energized Trump’s partisans,” the scholars Michael C. Dorf and Sidney Tarrow wrote recently, “and may have been decisive in securing Trump’s victory.”

How the First Amendment Applies to Trump’s Presidency - The New Yorker
Posted by John H Armwood II at 12:36 AM