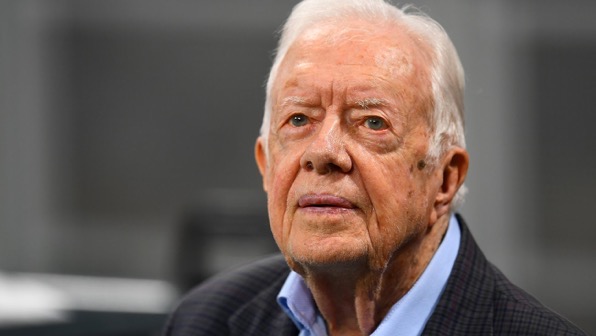 Former President Jimmy Carter called on gubernatorial candidate Brian Kemp to resign from his current role as Georgia’s secretary of state to maintain public trust in the voting process, according to an Oct. 22 letter cited Monday by the Associated Press. “I have officially observed scores of doubtful elections in many countries, and one of the key requirements for a fair and trusted process is that there be nonbiased supervision of the electoral process,” Carter wrote. “In Georgia’s upcoming gubernatorial election, popular confidence is threatened not only by the undeniable racial discrimination of the past and the serious questions that the federal courts have raised about the security of Georgia’s voting machines, but also because you are now overseeing the election in which you are a candidate.” Carter added that “This runs counter to the most fundamental principle of democratic elections—that the electoral process be managed by an independent and impartial election authority.”

Carter avoided discussing the other reason advocates have called for Kemp’s resignation: allegations that Kemp is working to rig the election by stymying the voting rights of minority populations. He did, however, implore Kemp “to step aside and hand over to a neutral authority the responsibility of overseeing the governor’s election.” Kemp will face off against Democrat Stacey Abrams on Nov. 6.