DACA: DOJ Threatens to go to the Supreme Court, The Justice Department has warned that if the Ninth Circuit Court of Appeals doesn’t rule on the program, it’ll take it up to the new conservative Supreme Court majority. - The Atlantic 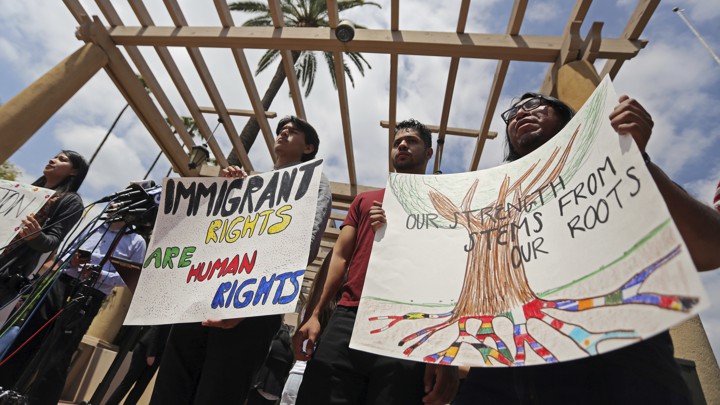 "The Trump administration wants a decision on DACA from the Ninth Circuit Court of Appeals by the end of the month—or else it will go to the Supreme Court with Brett Kavanaugh in a new conservative majority.

On Wednesday, the Justice Department sent a letter to the Ninth Circuit urging that it rule on Deferred Action for Childhood Arrivals, an Obama-era program that shields undocumented immigrants who were brought to the United States illegally as children from deportation. The department warned that if the court doesn’t come to a decision by October 31, they would take it up to the Supreme Court.

The high court  previously took up a case on the legality of the Deferred Action for Parents of Americans program (known as DAPA), which, like DACA, protected some undocumented immigrants from deportation. In 2016, the Court, then made up of only eight justices following Justice Antonin Scalia’s death, deadlocked. It’s not clear how a DACA case would be decided by the Court, though Kavanaugh’s arguments in a two immigration cases would suggest that he’d side with conservatives on the issue."

DACA: DOJ Threatens to go to the Supreme Court - The Atlantic
Posted by John H Armwood II at 8:36 PM