AP Interview: Okinawa leader wants Americans to stop US base 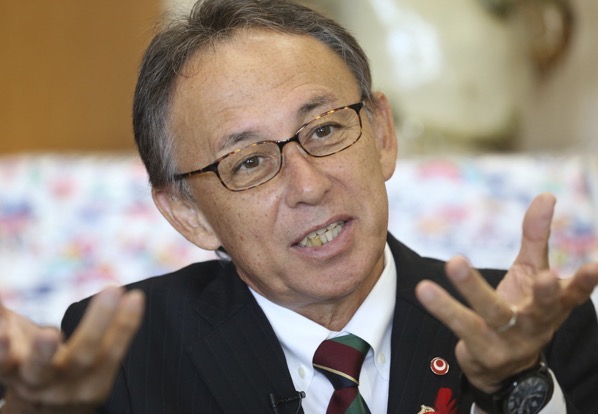 "TOKYO (AP) — The bicultural, newly elected governor of the southern Japanese island of Okinawa plans to visit the United States with a message to the American people: Stop building a disputed military base and build peace instead.

Tamaki took office Oct. 4 after campaigning for a disputed U.S. Marine air base to be moved off the island and for the American military presence on Okinawa to be reduced. The small island hosts about half of the 54,000 American troops stationed in Japan and accounts for 64 percent of the land used for U.S. military bases.

Tamaki plans to visit New York and other U.S. cities in November, although dates and other details are not yet decided, according to the governor’s office.

“I want the American people to understand what has been, what is and what will be, to solve this problem,” Denny Tamaki told The Associated Press in an interview Wednesday at the Tokyo office for Okinawa prefecture."

AP Interview: Okinawa leader wants Americans to stop US base: