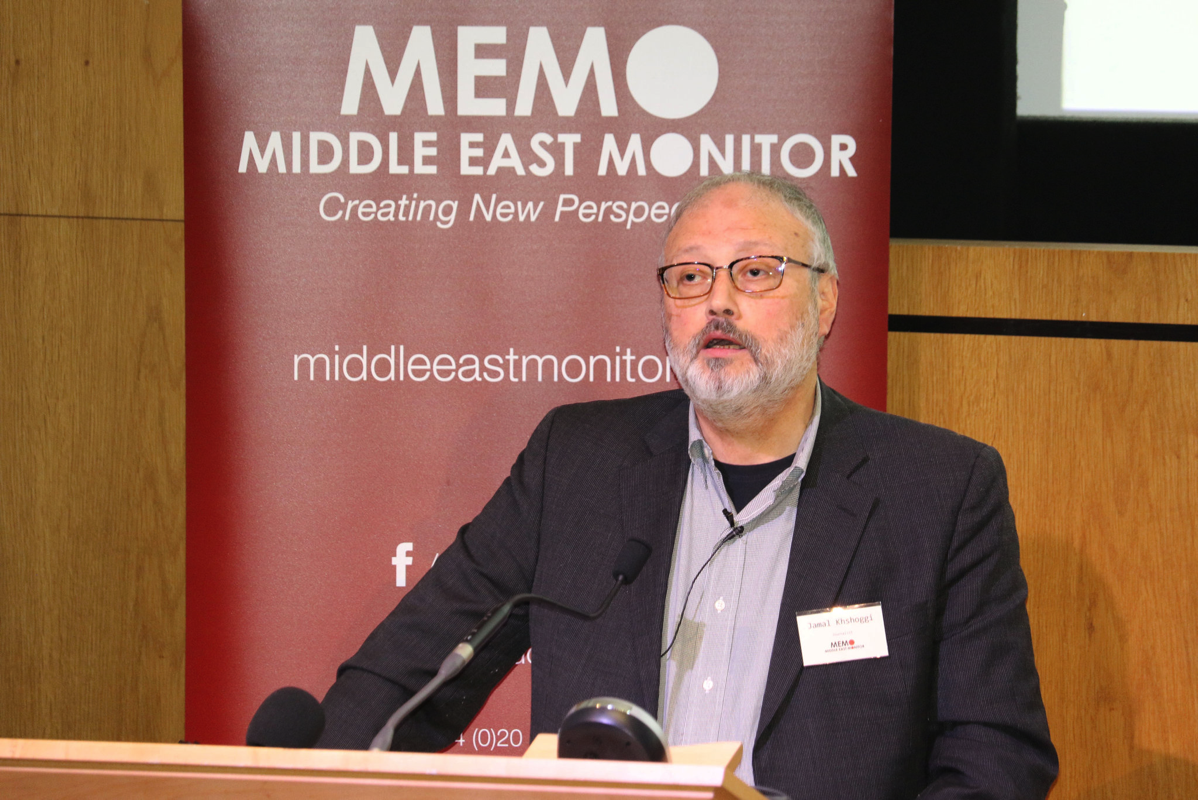 "The Washington Post published a column by the Saudi dissident Jamal Khashoggi on Wednesday, more that two weeks after he disappeared.Middle East Monitor, via Reuters

The dissident Saudi journalist Jamal Khashoggi disappeared after he walked into the Saudi Consulate in Istanbul just over two weeks ago, and evidence increasingly suggests he was brutally murdered.

But on Wednesday night, a new piece of his work — submitted by his assistant after he disappeared — was published by The Washington Post, for which Mr. Khashoggi worked as a columnist.

In just over 700 words, his column lamented the dearth of a free press in the Arab world, which he said “is facing its own version of an Iron Curtain, imposed not by external actors, but through domestic forces vying for power.” He sought to promote the free exchange of ideas and information under the headline, “What the Arab world needs most is free expression.”

Mr. Khashoggi’s editor, Karen Attiah, wrote a preface to the column. She said she received the file from Mr. Khashoggi’s translator and assistant a day after he was reported to be missing.

“The Post held off publishing it because we hoped Jamal would come back to us so that he and I could edit it together,” Ms. Attiah wrote. “Now I have to accept: That is not going to happen. This is the last piece of his I will edit for The Post.”

The column came amid reports of audio recordings suggesting that Mr. Khashoggi was met by his killers shortly after he walked into the consulate in Turkey on Oct. 2, and that his fingers were severed and he was beheaded.

Saudi officials have denied harming Mr. Khashoggi, but they have not provided evidence that he left the Saudi Consulate, or offered a credible account of what happened to him.

President Trump appeared to take Saudi officials’ claims at face value, disregarding Turkish assertions that senior figures in the royal court had ordered his killing. The president told reporters on Wednesday that the United States had asked for copies of any audio or video evidence of Mr. Khashoggi’s killing that Turkish authorities may possess — “if it exists.”

In his column on Wednesday, Mr. Khashoggi wrote that government clampdowns on the press in the Arab world were sometimes met with little resistance.

“These actions no longer carry the consequence of a backlash from the international community,” he said. “Instead, these actions may trigger condemnation quickly followed by silence.”

In Saudi Arabia, Mr. Khashoggi once served as an adviser to and unofficial spokesman for the royal family. But after Crown Prince Mohammed bin Salman barred him from writing in the kingdom, he traveled to the United States. He reinvented himself as a prominent critic of the Saudi government — and of Crown Prince Mohammed in particular — and became a resident of Virginia.

On Oct. 2, he entered the Saudi Consulate in Istanbul to pick up a document he needed to get married. His fiancée was waiting outside. But Mr. Khashoggi never came out.

His column on Wednesday was reminiscent of ones he had written before, which often condemned human rights abuses in Saudi Arabia. He wrote that he had been reading a Freedom House report on political rights and civil liberties around the world, and it ranked most countries in the Arab world as “not free.”

“As a result, Arabs living in these countries are either uninformed or misinformed,” Mr. Khashoggi wrote. “They are unable to adequately address, much less publicly discuss, matters that affect the region and their day-to-day lives.”

He wrote about the hopes that had been shattered across the Middle East after Arab Spring uprisings in 2011 failed in several countries. And he wrote about governments’ efforts to imprison dissidents, block internet communication and censor the media.

He suggested the formation of a transnational media outlet — like Radio Free Europe, which was created by the United States government during the Cold War — that could be a platform for Arab writers, reporters and thinkers.

“We need to provide a platform for Arab voices,” Mr. Khashoggi wrote.

“We suffer from poverty, mismanagement and poor education. Through the creation of an independent international forum, isolated from the influence of nationalist governments spreading hate through propaganda, ordinary people in the Arab world would be able to address the structural problems their societies face.”

In her note, Ms. Attiah wrote that Mr. Khashoggi’s column “perfectly captures his commitment and passion for freedom in the Arab world. A freedom he apparently gave his life for.”