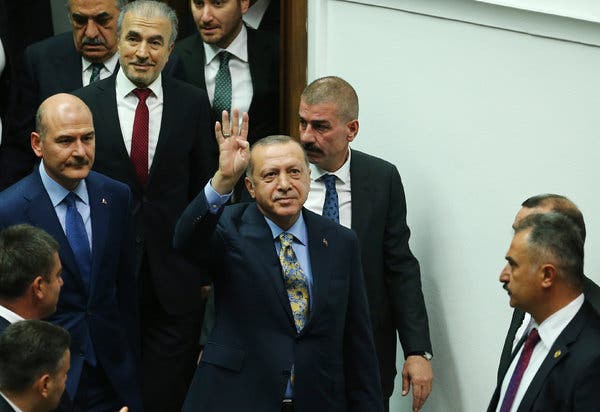 "President Recep Tayyip Erdogan of Turkey laid out on Tuesday the Saudi planning of what he called the “premeditated murder” of the journalist Jamal Khashoggi at the country’s consulate in Istanbul, and demanded that the Saudi suspects face justice in Turkey.


After saying he would reveal “the naked truth” about Mr. Khashoggi’s death, Mr. Erdogan, in his first extended remarks on the case, sketched out the chronology of a broad operation and offered some new details.
The team of Saudi officials that arrived in stages in Istanbul to carry out the killing included generals, he said, and the Saudis conducted reconnaissance in rural areas outside the city where investigators have been searching for Mr. Khashoggi’s remains.
“It is clear that this savage murder did not happen at the drop of a dime but was a planned affair,” Mr. Erdogan said, challenging the official Saudi account that the journalist was accidentally killed in a melee inside the consulate."