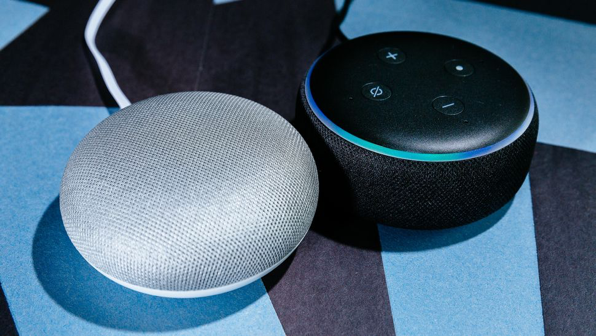 "What was your favorite thing today?"

I heard the question from at least five different Amazon executives last month in Seattle, when the online megaretailer introduced us to about a dozen new Alexa gadgets. "What jumped out at you?"

All of it? None of it? I really wasn't sure. I didn't see a new, breakout hit like I saw when Amazon first compressed Alexa down into a Dot-sized speaker that cost just $50. Instead, I saw a mess of tangents, an Echo for everything. Alexa, throw the spaghetti at the wall. Alexa, tell us what stuck.

Watch this: 5 interesting Alexa updates (and 5 that don't matter)

To be clear, there's already tomato sauce all over the living room. By my count, Amazon's unveiled 21 -- yes, 21! -- different Alexa speakers, gadgets and accessories to date, and that isn't even counting all of the Alexa-equipped Fire tablets and Fire TV streamers, nor does it take into account the glut of third-party Alexa devices not made by Amazon.

Alexa is everywhere, and as of this past summer, she's hoarding about 70 percent of the smart speaker market to herself. With just four speakers in its catalog, Google's 24 percent remains in a distant second place.

But numbers can be misleading. That 24 percent figure represents a swift uptick for Google, which is still relatively new to the smart speaker game having only released its own $50 smart speaker, the Home Mini, one year ago. And, unlike the fuzzy-at-best focus of Alexa's all-over-the-place strategy, Google's lineup of devices -- which now features an attractive, camera-free smart display called the Home Hub -- seems to be zeroing in on what consumers actually want.

So what jumped out at me last month? More than anything, it's this: I think Amazon might be getting anxious.

The new, third-gen Echo Dot (right) was almost certainly designed to defend against the insurgent Google Home Mini (left).There's good reason for Amazon to fear Google, and it isn't just because the Home Mini looks cute. Still, the Mini does look cute, and that, coupled with stronger sound quality than the last-gen Echo Dot is likely why a growing number of shoppers started choosing Google over Amazon for that critical first smart speaker purchase. As a result, Google quickly began to gain in Amazon's rear-view mirror.

I could just imagine an anxious Amazon muttering "must go faster," as it breathlessly dropped its new Alexa devices on us at that whirlwind event in Seattle last month. Much of the new stuff simply provides fresh fodder for Amazon's ubiquity offensive (looking at you, Echo Clock and Alexa Microwave), but the updated Echo speakers -- particularly the new, better-looking, louder-sounding Echo Dot -- seem like pure plays at defending Alexa's turf from the insurgent Google Assistant.

The same can be said of the new, second-gen Echo Show. Like the previous-gen Echo Dot, the first Echo Show was too utilitarian in design, especially compared to great-looking Google Assistant-powered smart displays from Lenovo, JBL and now Google itself with the Home Hub. With a bigger screen and a much better design, the new Echo Show corrected those vulnerabilities -- but the user interface still lags behind the slick, smart design of its Google-powered competitors.

I wondered what these smart displays would show us back when the rumors first emerged that they were in the works -- now, I look at them and I see Google's software edge, clear as day. Here's just one example: Ask a Google display for something, and you'll see your own words appear on the screen as you speak -- a visual verification that it heard you correctly, and something people have long grown accustomed to after years of using voice assistants on their mobile devices. With the Echo Show, you see nothing but Alexa's blinking blue light as you speak. And never mind that the Echo Show can't search YouTube using voice commands, or that it can't pull up a map at all.

Software can always be improved, but it's never a good sign when your newly redesigned operating system lags behind the curve at launch. And, in spite of the avalanche of announcements last month, Amazon didn't mention the mini Echo Spot smart display once, suddenly causing one of its most creative designs to feel downright dated.

The timing is terrible, too. The just-released Google Home Hub is smaller, cheaper -- and yes, cuter than the Echo Show, all of which are easy distinctions for casual comparison shoppers to grasp, and it does an excellent job of showcasing everything the Google Assistant is capable of. It could very well be the Dot of smart displays, and a hot seller this holiday buying season.

On top of all of that, Google has a foothold in mobile thanks to the Pixel line of smartphones and the fact that the Google Assistant comes standard on several other popular Android devices. That's an entire avenue of access to the Assistant that Amazon can't match.

The Echo drew much of its initial inspiration from science fiction. Internally, Amazon pitched the product as "a Star Trek computer for your home," and the ambition to transform people's living rooms into something closer to a talking spaceship still persists today.

"We think we're on the cusp of the next major disruption in computing," said Amazon's former smart home director Charlie Kindel, speaking at the CEDIA trade show in 2016. "We think that disruption is around voice."

Sure enough, there's a mini singularity at stake here. Dedicated, always-listening voice assistants offer quick access to a huge number of services that used to require a screen -- or, at the very least, our time and attention. From checking the news and weather to ordering an Uber or a pizza, full-featured voice assistants like Alexa deliver our immediate wants and needs without requiring us to move, look at anything or talk to another human. You barely need to think. Just ask and receive -- a friction-free gateway to just about anything. Alexa, make it so.

The 15 coolest things you can do with your Amazon Echo32 Photos
Call it a convergence if you like, but it's really just a natural evolution of our relationship with the web. In the beginning, we accessed it using computers equipped with noisy dial-up modems. Smartphones ushered in the age of the mobile internet, where we could take a connection to the cloud with us in our pockets. Now, for those that want it, the internet is an invisible presence that fills our homes Dot by Dot, Home Mini by Home Mini, always listening for our next question or command.

Amazon and Google both seek to dominate this budding age of the ambient internet. Google's done it before, exploding to prominence more than 25 years ago by cementing its place as the front door for finding anything online. Apple became the Apple we know today by translating that online experience into irresistible mobile devices with an app for everything. To the gatekeepers go the spoils, and Alexa and the Google Assistant are locked in fierce competition for the latest job opening.

Improvements in artificial intelligence will help refine the experience and make these assistants better at anticipating our needs and giving us what we ask for -- and this is where Google has another key advantage moving forward. The search giant has decades of experience reading search queries and routing people to what they want from the web, and it's an industry leader in developing consumer-level AI. Just look at Google Duplex, which lets Assistant talk to other humans on your behalf to book a table for dinner or to help shoo telemarketers away. Alexa can't do anything like that.

Echo devices are everywhere, but the lineup is muddled compared to Google.

And yet things feel much, much closer than the market share numbers suggest. Both Amazon and Google have a respectable percentage of customers to themselves. Both have the money and the momentum to keep moving their respective assistants into the mainstream. Both have appealing, entry-level smart speakers that cost $50. Both offer attractive touchscreen smart displays. I give Amazon the edge in smart home control thanks to the variety of third-party Alexa gadgets and the fact that the Echo Plus comes with its own built-in Zigbee radio and temperature sensor. But Google has an edge of its own with the Google Home Max, which offers premium-sounding single-speaker audio that none of Amazon's Echo speakers can yet match.

And, at the end of the day, it's Google that keeps nibbling into Amazon's market share -- and, thanks to the Home Hub, the search juggernaut has a chance to take its biggest bite yet as 2018 comes to a close.

All of that should make these next six months something of a pivotal period in the voice wars between these two titans. Amazon is largely on the defensive, and likely hoping that new devices like the Echo Sub or Echo Auto can become Alexa's next hit. Meanwhile, Google's vision for the emerging, ambient internet is coming into focus at just the right time. That, more than anything, should have Amazon very nervous.