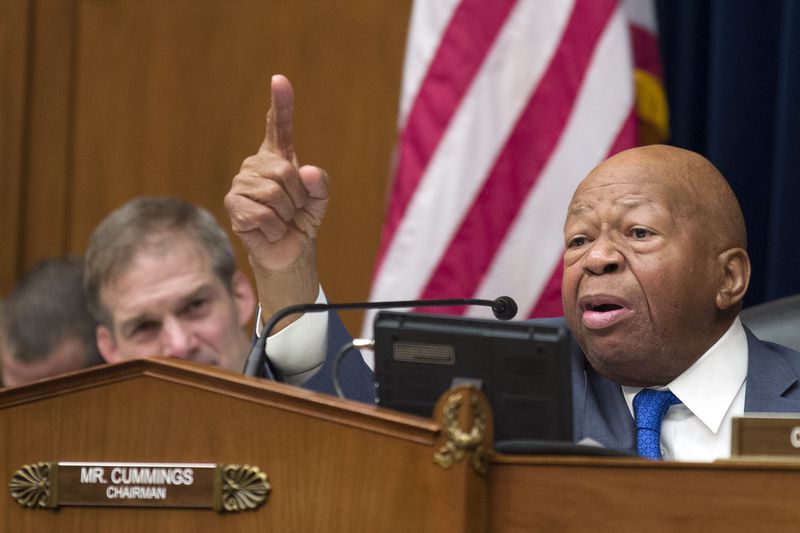 "Victor Blackwell, morning anchor on CNN Saturday, quickly zeroed in on the use of the term “infested” and Trump’s pattern of regularly evoking the imagery connected with that word when talking about race.


“'Infested — that’s usually reserved for references to rodents and insects, but we’ve seen the president invoke infestation to criticize lawmakers before," Blackwell told his “New Day” viewers at the start of a powerful piece of rhetorical analysis. “You see a pattern here? Just two weeks ago President Trump attacked four minority congresswomen. ‘Why don’t they go back to the totally broken and crime infested places from which they came.’ Reminder, three of them were born here; all of them are American. Infested he says.”
Blackwell continued, “A week before his inauguration, January 2017, Congressman John Lewis should spend more time on fixing and helping his district, which is in horrible shape and falling apart, not to mention crime infested. Donald Trump has tweeted more than 43,000 times. He’s insulted thousands of people, many different types of people but when he tweets about infestation, it’s about black and brown people.”
Blackwell went on the document Trump using the term in connection with African and sanctuary cities in California.
He could have added that the term was used in Nazi propaganda to talk about Jews.
The Baltimore-born-and-raised CNN anchor also responded on-air to Trump saying no human being would want to live in Cummings’ district.
“You know who did, Mr. President? I did,” Blackwell said. “From the day I was brought home from the hospital to the day I left for college, and a lot of people I care about still do. There are challenges no doubt, but people are proud of their community. I don’t want to sound self-righteous, but people get up and go to work there. They care for their families there. They love their children who pledge allegiance to the flag just like people who live in districts of congressmen who support you, sir. They are Americans, too."
Trump’s Twitter attack on Cummings and Baltimore: undiluted racism and hate
Posted by John H Armwood II at 7:32 AM