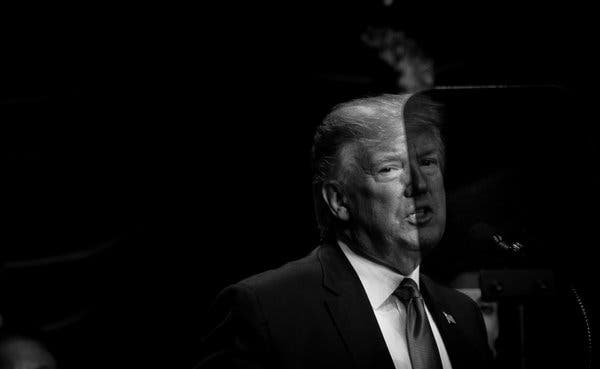 When did we arrive at the point where applying the words racist and racism were more radioactive than actually doing and saying racist things and demonstrating oneself to be a racist?

How is it that America insists on knowledge of the unknowable — what lurks in the heart — in order to assign the appellation?

Why are so many Americans insisting that racism requires conscious, malicious intent in order for the title to be earned?"

Last week, much of America wrestled with whether to label the president racist after he published racist tweets about four congresswomen of color, demonstrating once again in the most overt terms that he is indeed a racist.

And yet many, including those in the media, struggled with whether or not to label his tweet, and by extension Donald Trump himself, as racist.

As the Columbia Journalism Review put it, some outlets did label the tweets as racist, but “On the whole, however, the news desks of mainstream news organizations did not call the tweets racist, or at least did not do so consistently across their output.”

In many cases it was up to critics, pundits and columnists to be the loudest voices in the chorus willing to call a thing a thing. And many of those voices were people of color who have been properly labeling Trump what he is from the beginning.

But, this raises a very serious question, particularly for our white colleagues in journalism and our fellow white citizens: What took you so long? Were these tweets really your racial Rubicon? Or, were they simply your last straw? Did nothing else in his decades-long track record earn him the designation? Or, do you simply reset the racism dial every few months?

It seems to me that white journalists in particular — and white citizens, in general — have done a tremendous injury to truth and honesty by providing the dangerous illusion that racism was hard to define and racists were hard to designate.

This newspaper is not exempt from that critique.

And specifically, by leaving people of color out on a limb as the primary voices of truth on these racial issues, you have created the impression that the use of these terms are born of personal grievance rather than professional assessment.

By refusing to add your white voices you gave the defining of racism a black face. You allowed people to believe that the telling of truth and bearing of witness by some, we black and brown few, has the appearance of being corrupted and compromised by ignoble motive.

A USA Today/Ipsos poll published on July 17 found that more than twice as many Americans believe that people who call others racist do so “in bad faith,” compared with those who do not believe it."

This all contributes to whittling away at the reality of racism itself, that it even exists in nearly the proportions which social scientists have documented. This refusal to properly and consistently call racism racism allows the pro-racists and the racism deniers to proclaim nearly unopposed that labeling something or someone racist has simply become a weapon, and that the words themselves have lost meaning by overuse.

In truth, the opposite is true: Racism is actually under-identified and labeled in America.

And, I believe that too many of our white neighbors are choosing to be intentionally blind to the enormous breadth and scope of racism in this country, because to acknowledge it would be to condemn self, family, friends and community. It would be to recognize that much of their existence is privileged, and conversely blackness is oppressed.

Shirley Chisholm, the first African-American woman elected to Congress and the first to seek a major party nomination for president, once put it: “Racism is so universal in this country, so widespread and deep-seated, that it is invisible because it is so normal.”

There is racial bias embedded in nearly every aspect of America life: financial, medical, judicial, political, nutritional, environmental, educational, you name it.

Racism in America is like air — all around us, being constantly inhaled and exhaled, and if you are white, proving very beneficial to your health and survival.

It is precisely for that reason that many white people are incredulous when they see a person of color heaving, gasping for breath, complaining that the air is poisoned.

How is it that this invisible thing that sustains me simultaneously causes you grievous injury?

And so begins the mental gymnastics to assign another cause, to accuse the asphyxiated of histrionics.

Make no mistake: Denying racism or refusing to call it out is also racist. You cannot claim to be egalitarian and anti-racism and choose to be closeted among family and friends or even in your community for fear of rejection and ostracism, or as is often used as an excuse, to keep the peace.

There is no peace for the targets of racism, so your choosing of personal comfort and the comfort of racists supports the commission of racial injury.

If you are just coming to call Trump’s behavior racist — or, worse yet, if you still can’t bring yourself to do so — you are part of the problem. You are supporting that architecture of white racism."

Opinion | Denying Racism Supports It
Posted by John H Armwood II at 9:12 AM