Opinion | What Is Nancy Pelosi Thinking? 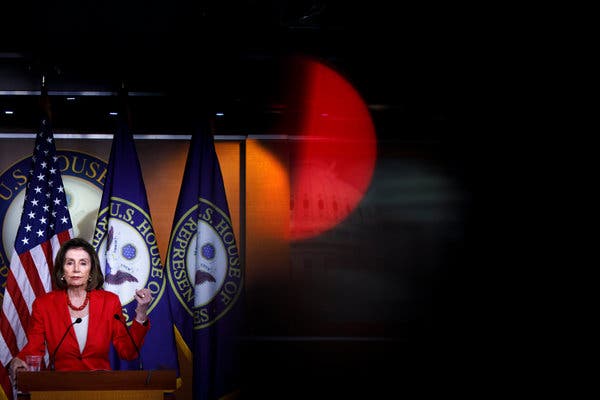 "And can “woke capitalism” be trusted?

Is consumer activism an effective political strategy? Has corporate America become a force for social liberalism? This week on “The Argument,” the columnists talk “woke capitalism.” Ross Douthat thinks the burgeoning phenomenon reflects a shift in how companies view consumers — not as middle-class boomers but as younger and more socially liberal Americans. Michelle Goldberg argues that progressive appeals to corporate wokeness reflect liberal voters’ economic and cultural clout in an era of minority political rule. And David Leonhardt believes the contradictions of woke capitalism — big companies touting their pro-L.G.B.T. policies while donating to anti-L.G.B.T. politicians, for instance — are telling.

Then, the columnists discuss the tensions roiling Democrats in the House of Representatives. By lobbing criticism at progressive members of the caucus, just what is Speaker Nancy Pelosi playing at?

And finally, Michelle recommends a time-warping TV show that forecasts our darkling future.