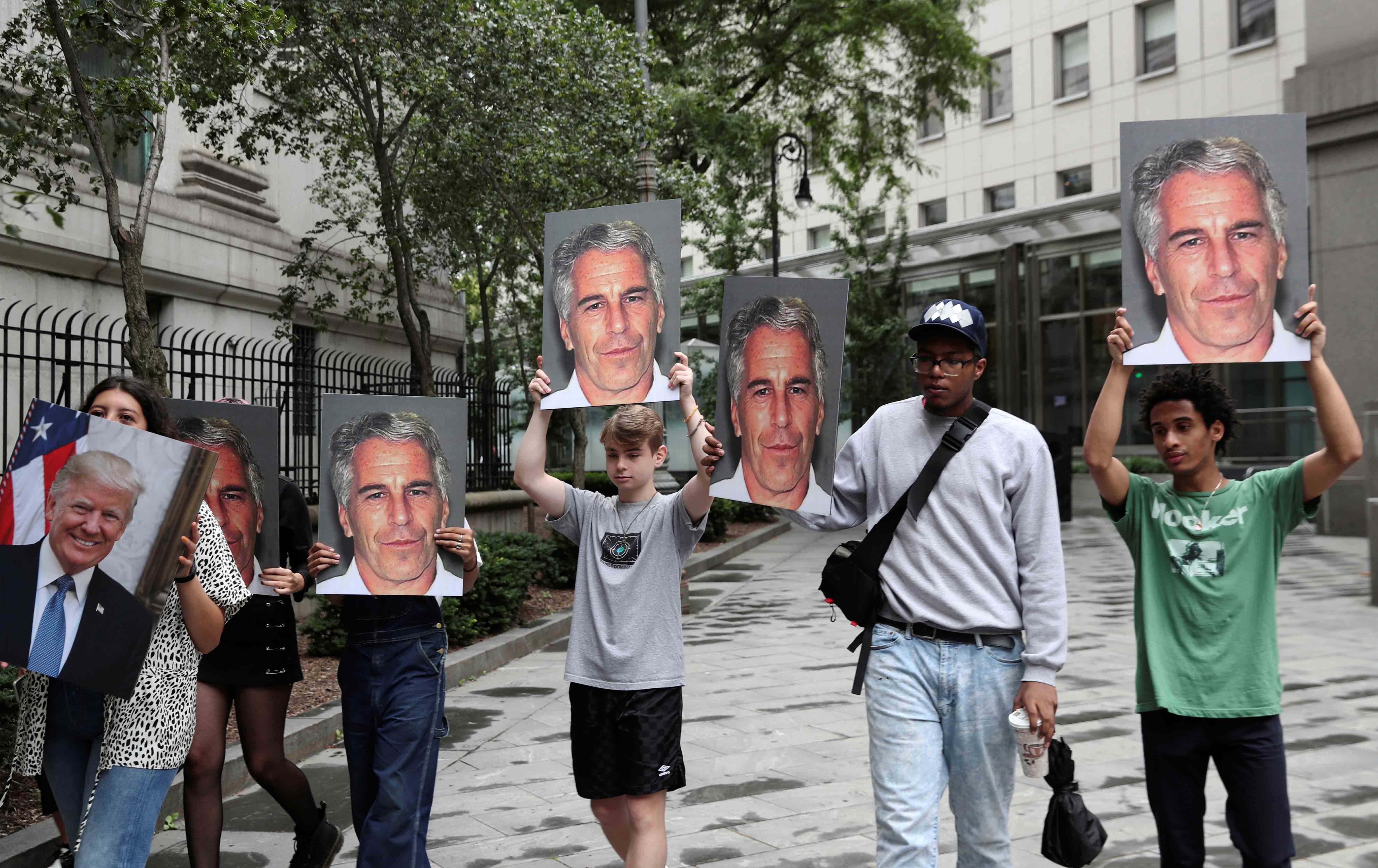 "The sheer scale of the crimes Jeffrey Epstein has allegedly committed staggers the imagination. Yet Epstein, who was arrested in New York on Sunday on charges of sexual trafficking of minors, was not an individual miscreant, a lone Humbert Humbert who transgressed against widely shared social norms. As someone who has enjoyed the friendship of the rich and powerful all his adult life, Epstein is emblematic of a much wider problem: a system of elite impunity that extends to even the worst crimes.
The Miami Herald reports that in 2005 when police in Palm Beach, Florida, first started interviewing Michelle Licata, a teen who said she’d been sexually abused by the multimillionaire hedge fund investor, they designated her “Jane Doe” to protect her identity since she was then a minor. The newspaper added, “There would be many Jane Does to follow: Jane Doe No. 3, Jane Doe No. 4, Jane Does 5, 6, 7, 8—and as the years went by—Jane Does 102 and 103.”
Behind the protective anonymity of the Jane Doe appellation, each of those girls had a real name, a family, and a story. In the totality of their testimonies, the girls offered strikingly consistent accounts about being lured while they were underage into Epstein’s mansion with the promise of easy money for giving a massage. After the massage, many of these girls claimed, they were sexually assaulted.
Despite these often horrifying accounts, Epstein was given a sweetheart deal in 2008 by federal prosecutor Alexander Acosta, who now serves as secretary of labor in the Trump administration. Under the non-prosecution agreement reached by Acosta and Epstein’s high-powered attorneys (a team that included Alan Dershowitz and Ken Starr), the FBI probe into Epstein was effectively closed, and Epstein received a 13-month sentence, served in the Palm Beach County Jail, where he stayed in a private wing. During this jail sentence, he received a permit to go to his office for up to 12 hours a day.
Few convicted sex offenders enjoy such a cushy confinement. In fact, the Palm Beach sheriff’s department has rules that forbid granting sex offenders the privileges Epstein received.
After serving the sentence, Epstein continued to benefit from the solicitude of the criminal justice system. In New York State in 2011, the office of District Attorney Cy Vance tried to downgrade Epstein from being a Level 3 sex offender (the highest risk) to a Level 1. Shooting down this motion, New York State Supreme Court Judge Ruth Pickholz said, “I have to tell you, I’m a little overwhelmed because I have never seen a prosecutor’s office do anything like this. I have done so many [sex offender registration hearings] much less troubling than this one where the [prosecutor] would never make a downward argument like this.’’
Acosta is a Republican, Vance a Democrat. The Epstein scandal is a bipartisan affair, one that implicates both political parties. Like many of the wealthy, Epstein sought out political friends who were both Republicans and Democrats. Bill Clinton flew on Epstein’s private jet on at least four occasions, but says he knew nothing of Epstein’s crimes. “I’ve known Jeff for fifteen years,” Donald Trump told New York magazine in 2002. “Terrific guy. He’s a lot of fun to be with. It is even said that he likes beautiful women as much as I do, and many of them are on the younger side.”
Current Issue
But the fact that leading figures in the American duopoly palled around with Epstein doesn’t mean that the scandal has no political salience. Quite the reverse; it shows that plutocratic corruption infects the entire system.
As Time magazine editor Anand Giridharadas notes, “Everything that made Epstein’s life possible remains in place after his arrest: the Caribbean tax havens, the hidden real-estate deals, the buying of politicians, the nonprofits that sell reputational glow, the editors who cover for people of their class. Epstein isn’t a self-contained tumor. He is a biopsy of an entire system.”
The strength of this system is on display as the six Senate Democrats who voted to confirm Acosta as labor secretary continue to stick with their man, despite Epstein’s arrest and the damning reporting of the Miami Herald. Indeed, New Jersey Senator Bob Menendez claimed he didn’t even know there was any issue involving Acosta’s making a plea deal with Epstein—despite the fact the matter was brought up in the confirmation hearings. Menendez told Politico that he didn’t “have any thoughts about it.”
Menendez and the other Democrats who support Acosta style themselves as moderates. Yet are we really to believe that there is a constituency of middle-of-the-road voters who are eager to keep a labor secretary who went easy on a wealthy sexual predator? As so often, what is called centrism is really just a mask for plutocracy and elite self-protection.
The politics of the Epstein case cut across party lines, but they open up an opportunity for a genuine populist critique. It’s easy to imagine a candidate untarnished by ties to Epstein—perhaps Elizabeth Warren, perhaps Bernie Sanders—holding up the sex offender as an example of a rigged system where the wealthy are unconstrained by law.
Such a gambit could be risky, since it would mean picking a fight with those Democrats who were part of Epstein’s circle. It would mean going after Bill Clinton for his sometimes sleazy associations and Cy Vance for his habit of avoiding prosecuting the wealthy (a kindness that Vance also extended to Harvey Weinstein and the Trump family). And it would mean lambasting Senate Democrats who continue to provide cover for Acosta.
This sort of intramural fight would make many enemies within the Democratic Party. But for any populist revolution to succeed, it has to combat the enablers of plutocracy whatever their partisan affiliation. The Epstein case offers a golden opportunity for any candidate who wants to take on that fight."
Jeffrey Epstein Embodies Elite Impunity
Posted by John H Armwood II at 2:05 PM