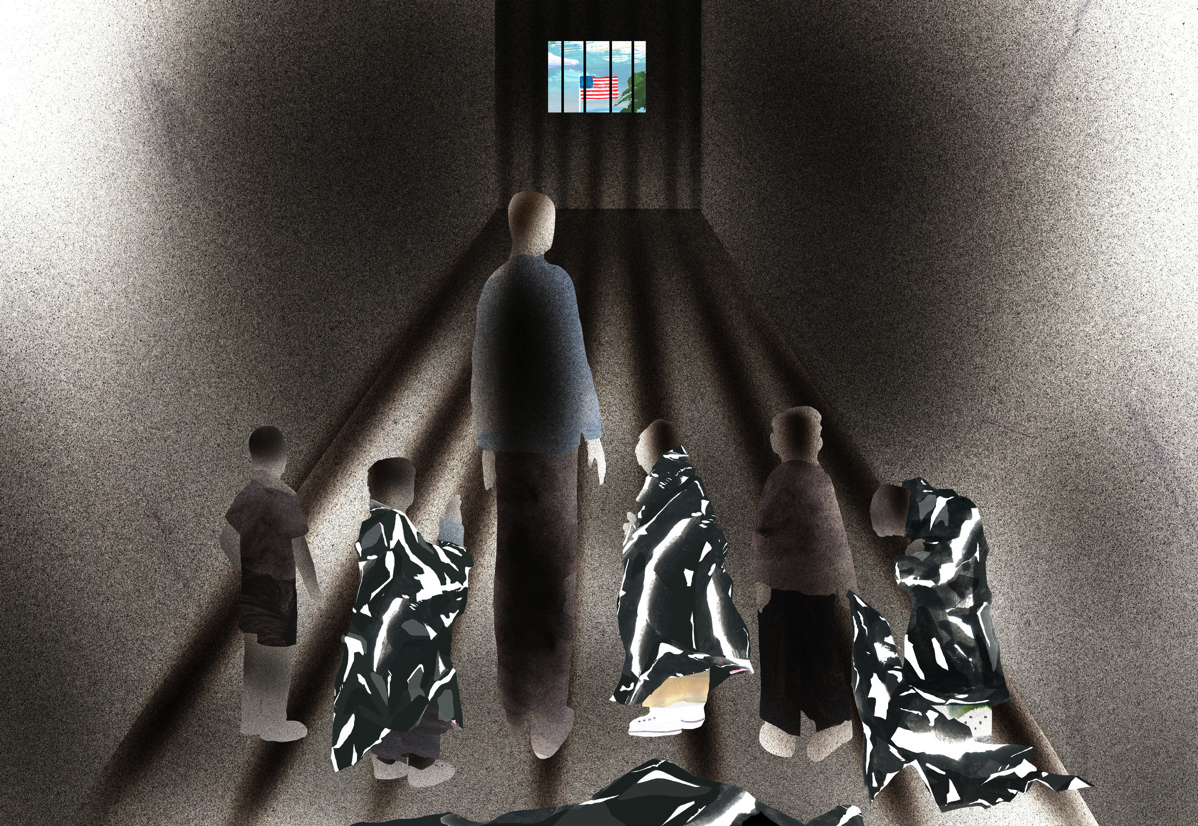 "Of all the ways I imagined the inevitable — being arrested, getting detained — I never envisioned sitting on the cold cement floor of a jail cell in South Texas surrounded by children.

It was July 2014. The cell, as I remember it, was no bigger than 20 by 30 feet. All around me were about 25 boys, as young as 5, the oldest no more than 12. The air reeked. A boy across the room from me was crying inconsolably, his head buried in his chest. Most of the boys wore dazed expressions. It was clear they had no idea where they were or why they were there.

The only source of entertainment came from Mylar blankets, flimsy metallic sheets that were supposed to keep us warm. Three boys played with a blanket as if it were a toy, crunching it up into a ball, passing it back and forth.
A window faced a central area where a dozen or so patrol agents were stationed, but there was not much to look at. All I could do was stare at the boys’ shoes. My shoes were shiny and brand new; theirs, dirty, muddy and worn down. The only thing our shoes had in common was that none of them had laces.

“Jose Antonio Vargas,” said an agent as he walked in. “I don’t need you. Not yet. But we’re gonna move you.”
The moment the agent said my name, one of the boys playing with the blanket started speaking to me. I had no idea what he was saying. The one word I could make out was “miedo.” Something about “miedo.”

If I spoke Spanish, I could have told the boys the story I kept secret for years, a story that I’m now asked to tell almost every day: I was born in the Philippines, a country whose colonial-imperial history is characterized as being “300 years in the convent, 50 years in Hollywood.” When I was 12, my mother put me on a plane to California to go live with her parents. When I was 16, while applying for a driver’s permit, I discovered that the documents my grandfather had given me were fake, that I did not have legal documents to be in this country.

Which is why, in 2014, a Border Patrol agent at the airport in McAllen arrested me the moment I told him I was here illegally.
If I spoke Spanish, I could have told the boys about the country they had arrived and been detained in, a country I’ve lived in for more than 20 years, the country I did not ask to come to but where I have been educated, where I have worked since I was a teenager, where my grandparents and other relatives immigrated with documentation but where I have found myself stranded without a way to “get legal.”

Opinion | What America Looks Like From a Jail in South Texas - The New York Times: ""