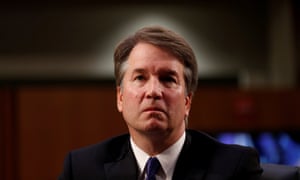 I really disliked Amy Chua's book. She is a shallow person.

"A top professor at Yale Law School who strongly endorsed supreme court nominee Brett Kavanaugh as a “mentor to women” privately told a group of law students last year that it was “not an accident” that Kavanaugh’s female law clerks all “looked like models” and would provide advice to students about their physical appearance if they wanted to work for him, the Guardian has learned.

Amy Chua, a Yale professor who wrote a bestselling book on parenting called Battle Hymn of the Tiger Mother, was known for instructing female law students who were preparing for interviews with Kavanaugh on ways they could dress to exude a “model-like” femininity to help them win a post in Kavanaugh’s chambers, according to sources."