Opinion | Don’t Let Migrant Kids Rot - If the Trump administration gets its way, the government will be able to detain the children indefinitely. - The New York Times 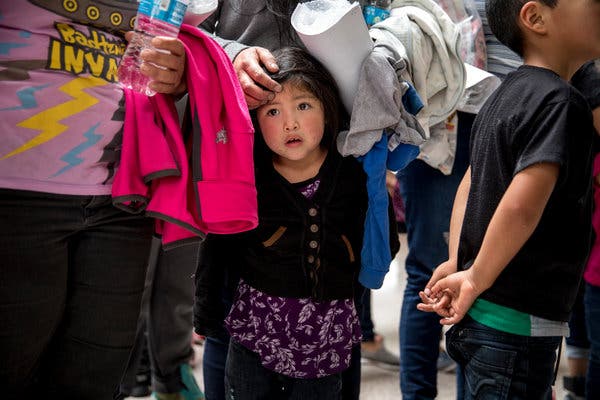 If the Trump administration gets its way, the government will be able to detain the children indefinitely.

For all the human brain’s mysteries, its development is quite well understood. Early childhood and adolescence are crucial times of unparalleled neural growth. Just as trust and stability can enhance that growth, fear and trauma can impede it. Institutionalization, in particular, can have profound and deleterious effects, triggering a range of developmental delays and psychiatric disorders from which recovery can be difficult, if not impossible.

In light of that knowledge, the Trump administration’s latest move against immigrant children is especially troubling. On Thursday, the Department of Homeland Security proposed new regulations that would allow the government to detain migrant children indefinitely. Officials are now prohibited from detaining such minors for more than 20 days by an agreement known as the Flores settlement, which has been in place since 1997. The new rules would end that settlement and would likely open the door to an expansion of detention centers across the country.

D.H.S. says that by eliminating Flores, officials will deter illegal immigration, reasoning that undocumented adults will be less likely to enter the country to begin with if they know they can’t avoid long-term detention simply by having a child in tow. Immigration activists say the proposed rule’s true aims are both simpler and more diabolical than that: “They want to strip away every last protection for detained immigrant children,” says Omar Jadwat, director of the American Civil Liberties Union’s Immigrants’ Rights Project.

Even with Flores in place, those protections have proved thin. Youth migrant shelters — there are roughly 100 such facilities housing more than 10,000 minors across the country — have been cited for a long list of abuses, including physical abuse, sexual abuse, blatant medical neglect, the forcible injection of antipsychotic medications, the unlawful restraint of children in distress and harsh rules that prohibit even siblings from hugging one another. The shelters in question, several of which are facing lawsuits, are part of a network that has received billions of federal dollars in the past four years alone. That money has continued to pour in even as abuse allegations have multiplied.

The administration bears unique responsibility for these violations, in no small part because its disastrous and short-lived separation policy has wreaked havoc on a system that was already rife with problems. Shame alone should have federal officials working hard to undo the damage of that policy and to prevent further harm to the children under their charge, never mind that it’s the right thing to do under any number of international agreements and norms.

But their latest plan is more likely to exacerbate existing problems than to resolve them. The proposed regulations would eliminate the standing requirement that detention centers submit to state inspections and would narrow the scope of relatives to whom children can be released to only parents and legal guardians — no aunts, uncles or other extended family members. It would also trigger a proliferation of new facilities: The administration projects that Immigration and Customs Enforcement-run family detention would increase from 3,000 beds to 12,000. The number of shelters for unaccompanied immigrant minors may also grow.

The proposals will be open to public comment for the next 60 days before they can be finalized. Readers who wish to register their concern can do so on the Federal Register’s website.

After that period, the issue is almost certainly headed to court. Observers say the same judge who has ruled against past attempts to undermine Flores is likely to thwart this attempt as well.

Which paints a stark reality for what’s motivating this move and what it ultimately means: The administration surely knows what a long shot this proposal is, but it will undoubtedly excite President Trump’s political base as the midterm elections approach. So while the administration plays politics, the well-being of thousands of children who came to America seeking protection and safety will be put at risk — today and, developmentally, for the rest of their lives."