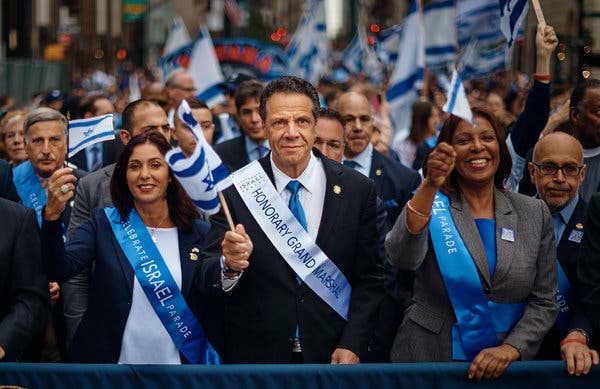 "Gov. Andrew M. Cuomo’s former top lieutenant approved an inflammatory flier that suggested his Democratic rival, Cynthia Nixon, was anti-Semitic, the campaign said on Wednesday. And it was another former aide to the governor who crafted the mailer’s language, according to an email obtained by The New York Times.

Lawrence S. Schwartz, the former secretary to the governor, inadvertently signed off on the flier after its language was drafted by David Lobl, a former special assistant to the governor who was volunteering with the re-election campaign, the campaign said. Mr. Lobl suggested the language for the mailer in an email to two campaign aides, who helped create the flier.

The correspondence, dated Sept. 1, shows Mr. Lobl outlining text that was later replicated almost verbatim on the back side of the mailer, which was sent to 7,000 households shortly before Rosh Hashana and days before Thursday’s primary."