Opinion | When Did Caging Kids Become the Art of the Deal? It always have been; look at Trump's 40 plus history of racists practicies and statements. - The New York Times 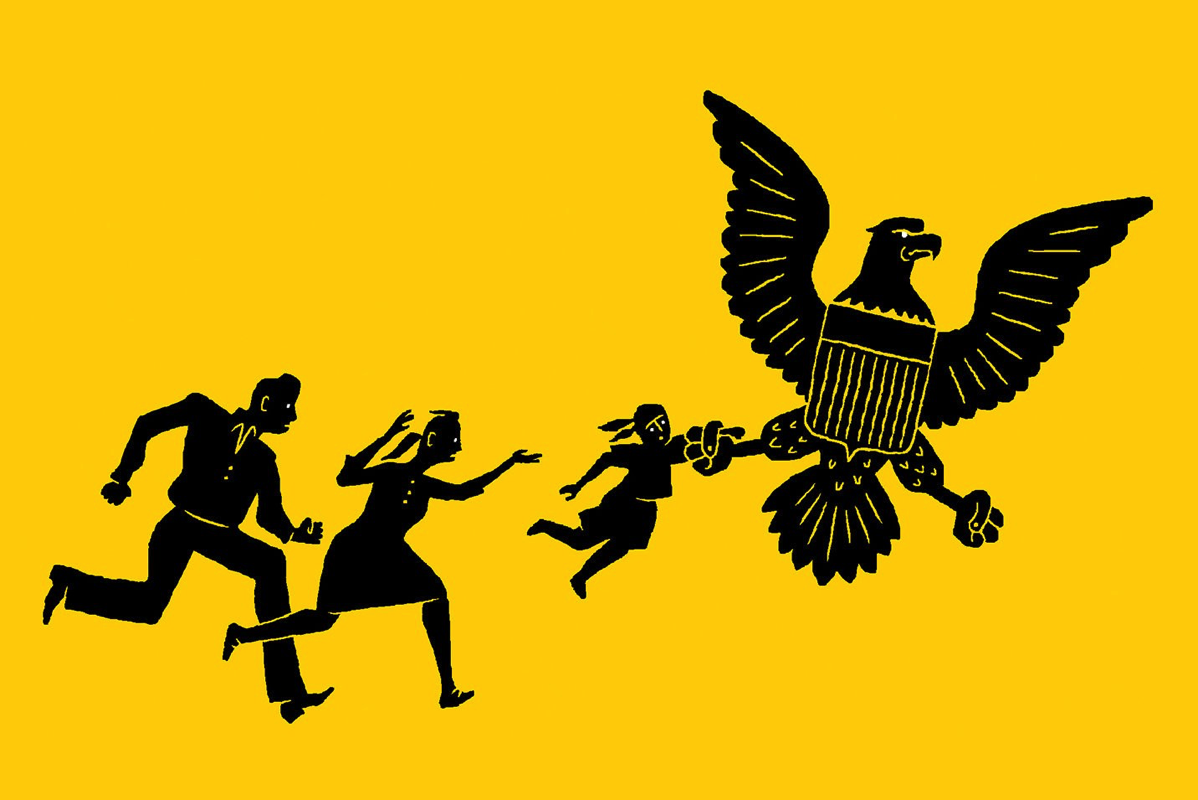 "Watching President Trump blame Democrats for his administration’s inhumane practice of snatching immigrant children from their parents at the border evokes nothing so much as an abusive husband blaming his wife for the beatings he delivers:

Why do you make me do this? I hate doing this! If you’d only be reasonable and listen to me, things wouldn’t have to be this way.

As anyone paying even minimal attention to politics knows, this immoral policy is not ‘the Democrats fault for being weak and ineffective with Boarder Security and Crime,’ to quote one randomly spelled and capitalized tweet out of three to that effect in a little over 12 hours. It’s not really Republicans’ fault, either — at least not yet. Both the Obama and George W. Bush administrations began efforts to curtail the flow of people across the southern border, but neither went so far as to pursue a ‘zero tolerance’ approach that tore apart families en masse. Congress has not passed any bills requiring the practice since then. This bit of nastiness belongs entirely to Mr. Trump — he has made a choice to torment undocumented families — and his attempt to pass the buck is dishonest and gutless. In other words, it’s what we’ve come to expect when Mr. Trump finds himself in an uncomfortable spot.

But the horror show at the border has gotten awkward for Mr. Trump. When the normally fawning Rev. Franklin Graham and other conservative religious leaders start publicly questioning this president’s inerrancy, you know Mr. Trump has really distinguished himself in his iniquity. Even the first lady felt moved to publicly distance herself from her husband’s cruelty, calling for a nation ‘that governs with heart.’ Things have gotten so radioactive that, at a Monday briefing, the homeland security secretary, Kirstjen Nielsen, found it easiest to fall back on incoherence, alternating between blaming Congress for the situation and denying that any such situation existed.

Perhaps recognizing the growing political hazard, the president is headed to Capitol Hill Tuesday evening to try to drag Republican House members deeper into his dumpster fire. Marc Short, his legislative affairs director, has said that the president will explain to Republican lawmakers the logic and ‘history’ behind the decision to split up families. ‘The policy is incredibly complicated, and it is one we need to do a better job of communicating,’ Mr. Short said. Right, that’s the root of the problem here: inelegant messaging.

Mr. Trump is also expected to inject himself into the conference’s already fraught debate over immigration legislation, voicing support for two proposals that the G.O.P. House will likely be voting on in the coming days.

The president’s preferred bill is a hard-line plan fathered by Representative Bob Goodlatte, the Virginia Republican and chairman of the House Judiciary Committee. That bill would, among other steps, tighten asylum standards, slash legal immigration by 25 percent by ending both the diversity visa lottery and doing away with most family-based immigration, and consign Dreamers to permanent limbo by requiring them to re-up their status every three years. And, of course, the bill would fund The Wall. It all fits nicely with Mr. Trump’s tendency to talk about immigrants as though every one of them is an aspiring MS-13 foot soldier.

The president also has said — after some initial confusion on his part, according to the White House — that he’d be willing to sign the ‘compromise’ plan hammered out in large part by House leadership. The Border Security and Immigration Reform Act of 2018, much like Mr. Goodlatte’s bill, would tighten asylum standards, kill the diversity visa and fund The Wall. It would be somewhat more flexible about family-based immigration and make provisions for some Dreamers to ultimately apply for green cards. It would deal with the current policy of splitting up families by allowing for children to be kept in ICE detention along with their parents. Jailing families together: This is what is considered progress in the current immigration climate.

Whatever the details, Mr. Trump will be using the Tuesday meeting as an opportunity for some additional arm-twisting. If Republican lawmakers have any sense of self-preservation, much less moral decency, they will refuse to engage with Mr. Trump over immigration while he is attempting such grotesque political blackmail. EDITORS’ PICKS

The Mexican World Cup Superstar on a U.S. Blacklist

For ‘Columbiners,’ School Shootings Have a Deadly Allure

How Boots Riley Infiltrated Hollywood For the president, this vile border mess has become a test to see how hard he can squeeze lawmakers. The White House has made clear that it regards immigrant children as useful levers to force Congress to pass legislation. With the midterms looming, Republican House members are desperate to look like they’re making progress on this issue. Mr. Trump (whose administration is planning a fresh wave of immigration crackdowns in the coming months) is betting that, with enough pressure, he can bend enough nervous moderates to pass a bill through the House on a party-line vote — and maybe, if he keeps hammering away at Democrats, even squeak it through the Senate.

In reality, by making the immigration topic even more radioactive, Mr. Trump has made a rational legislative debate much less likely. House Democrats would be nuts, politically and on policy grounds, to swallow either of the unpalatably conservative plans they are being offered. And even if a bill passes the lower chamber, the Senate majority leader, Mitch McConnell, is unlikely to let his troops take a politically noxious vote during a high-stakes election cycle. No matter how much Mr. Trump beats his chest, it’s hard to see any proposal becoming law any time soon.

Lawmakers should not negotiate with the president until he puts a stop to this ‘zero tolerance’ insanity. Even if Republican members can’t be swayed by the immorality of the practice, they should look at this situation in terms of preserving their own power: If they let Mr. Trump roll them by using innocent children as hostages, he will learn the lesson that brutality is the key to getting what he wants.

Maintaining checks and balances can be tricky with any president, but that’s especially true when a commander in chief has authoritarian impulses. As made evident by his slavering over such brutal autocrats as Vladimir Putin and Kim Jong-un, Mr. Trump believes that effective leadership is all about crushing anyone who stands in your way, collateral damage be damned. If lawmakers aren’t willing to stand up to him in a case where justice and public sentiment are so clearly on their side, they might as well hand him the keys to the Capitol right now.

(Via.). Opinion | When Did Caging Kids Become the Art of the Deal? - The New York Times