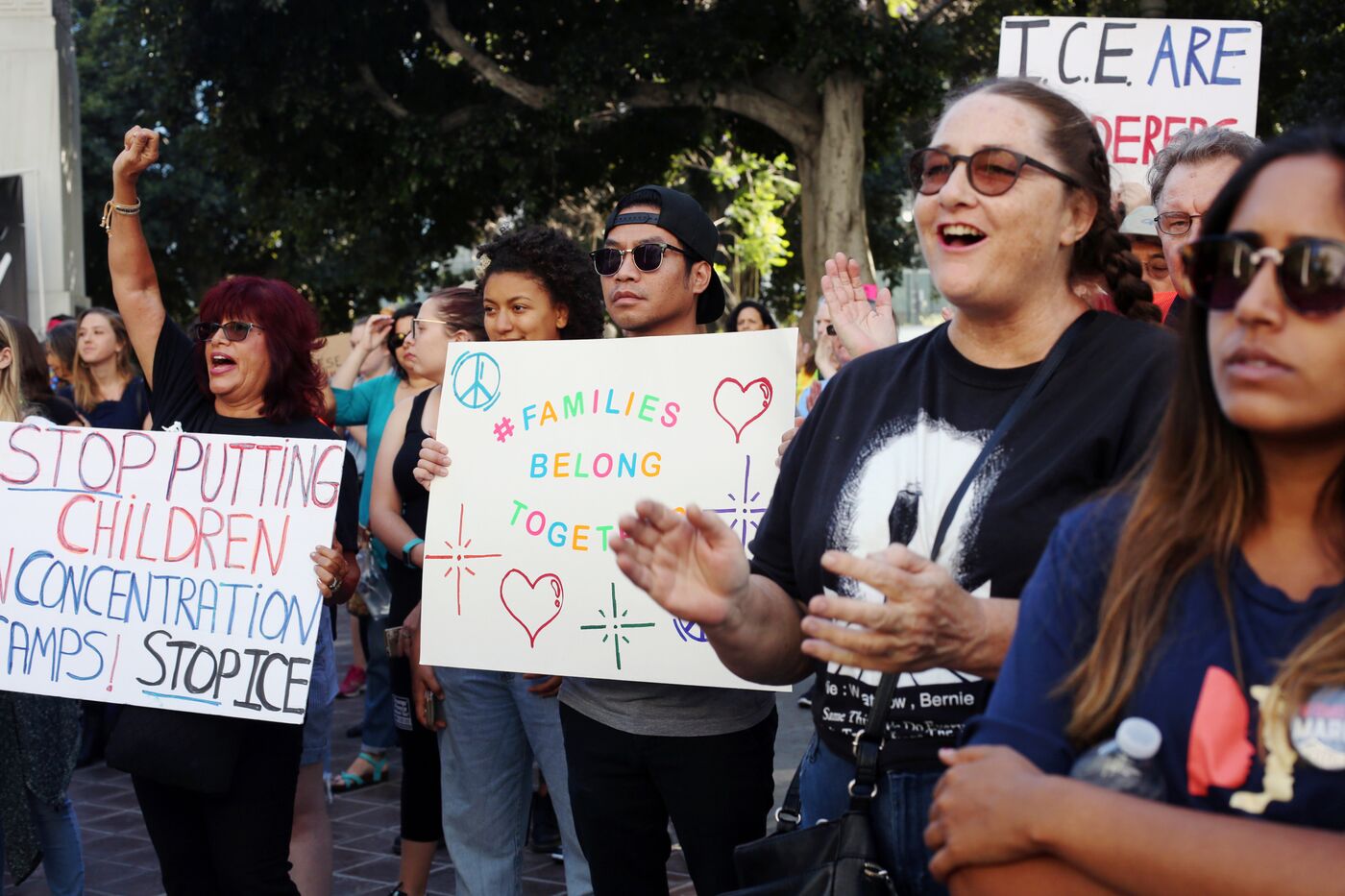 "The Trump administration shouldn’t get court permission to detain immigrant children because of a crisis of its own making, Chicago, Los Angeles, New York and San Francisco said.

The four cities sought Friday to block a move by the U.S. Justice Department to modify a 1997 settlement on behalf of underage immigrants that prevents the government from locking up children captured crossing the border illegally with their family. The cities joined a coalition of human rights lawyers that is fighting the government’s attempt to alter the so-called Flores settlement in federal court in Los Angeles.

The U.S. bid to get around restrictions on child detention is one of several court fights that broke out after Attorney General Jeff Sessions said in April that a “crisis” had erupted at the nation’s southwest border. He announced then that any adult crossing into the country illegally would be prosecuted. Immigration officials have apprehended and sent more than 2,000 children to shelters across the country while their parents remain in federal detention.

“The precipitating crisis, i.e. forced family separation, was a creation of defendants’ own doing,” the cities said in their request to be heard in the case.

They claim that the U.S.’s request to be exempt from the 1997 agreement threatens the well-being of the children as well as the cities’ interest in seeing the state licensing requirements of the Flores settlement be properly applied and enforced within their jurisdictions.

A federal judge in San Diego this week ordered the U.S. to reunite all separated children with their families within 30 days after he previously called the government’s family separations “brutal.”

Following a national and international outcry over the chaotic splitting up of families that left parents in the dark about what happened to their children, President Donald Trump reversed course. He issued an executive order June 20 calling for families to be detained together pending any criminal or immigration proceedings. Trump directed Sessions to ask the judge overseeing the 1997 Flores settlement to revise it so that the children can be held at Immigration and Customs Enforcement detention facilities.

U.S. District Judge Dolly Gee in Los Angeles has been unfriendly in the past to government requests to make it easier to lock up minors. When the Obama administration came to her with a similar request in 2015, during a surge of Central American families crossing the border illegally, she ruled that the government should release a parent together with a child rather than detaining them together. That part of her decision was overturned on appeal.

Justice Department lawyers blamed the judge’s refusal three years ago to allow children to be detained with their families for “creating a powerful incentive for aliens to enter this county with children in violation of our criminal and immigration law,” according to a June 21 court filing.

The Justice Department said in a separate filing Friday in Los Angeles that the injunction by the judge in San Diego requires it to reunite children with their families in detention facilities and should make it exempt from the 1997 settlement requirement that the children are either released to relatives or sent to facilities that are state-licensed to care for dependent children.