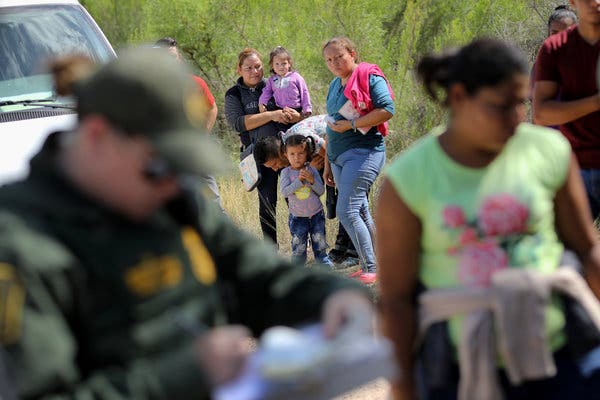 "The Trump administration’s inhumane treatment of immigrant children has left a dark stain on the history of our nation. It is a human tragedy and a threat to our values.

On Wednesday, President Trump signed an executive order rolling back his own policy of separating parents from their children — claiming to solve a problem that was of his own creation.
But this order is no solution at all. It still leaves open the long-term detention of immigrant children, which would clearly violate federal law.

Moreover, you can’t un-abuse the more than 2,300 children who have been separated from their parents at the border with the swipe of a pen. The administration’s family separation policy has already done potentially irreparable harm to those children who were used as pawns in the president’s political agenda. And the order includes no plan to reunite these children with their parents, something that should be done as quickly as possible.

The potential toll on these children is heavy. Research shows that the trauma of forced separation can cause long-lasting physical and emotional effects on children, changing how they process information, react to stress and develop executive function and decision-making skills. Such stress could also make these children more prone to inflammation and disease as they grow to be adults. As the number of adverse childhood events increases, the risk of health problems such as obesity, alcoholism and depression later in life increases.

Secretary of State Mike Pompeo seemed to defend the policy by praising the resilience of refugees this week. But in fact, by separating such young children from their parents, the federal government may have undermined that argument: Research shows that trauma can inhibit the development of resilience.

To make matters worse, the federal government is prohibiting New York from providing health and mental health services to the hundreds of children who have already been placed by the federal Office of Refugee Resettlement in centers around the state — even though the state regulates those centers.

The facilities in New York are a testament to the love and compassion of our residents, providing high-quality care and homelike settings that contrast with the terrifying tent city and refurbished Walmart being used to house detainees along the border. But these children shouldn’t be in facilities in New York or anywhere else in the first place. They should be with their parents.

The mistreatment of children seeking refuge within our borders is a moral outrage and an affront to the teachings of every major religion. “All tyranny needs to gain a foothold,” it has been said, “is for people of good conscience to remain silent.”
New York will not remain silent. Our state has always served as a beacon of liberty and opportunity for the world, and the Lady of the Harbor holds her torch high not only to light the way for immigrants, but to light the way forward when our country is lost.

This week, I announced New York State’s intent to file a multiagency lawsuit against the Trump administration to swiftly reunite children with their parents and put an end to the abuse of immigrant families. We fully intend to move forward with this suit to prevent any further harm to the children in custody.
Our case rests primarily on three claims.

First, that holding the children apart from their families is a violation of the constitutional rights of parents to care for, maintain custody of and communicate with their children. These parents are afforded the fundamental right to family integrity under the United States Constitution and under the New York State Constitution. By systematically separating parents from their children, this administration has shown complete disregard for parental rights.

Second, that detaining children — alone or even with their families for an extended period of time — is a violation of the terms of the 1997 Flores settlement agreement with the federal government, which set national standards regarding the detention, release and treatment of children in immigration detention. The settlement, which the administration is seeking to modify, prioritizes the principle of family unity, requires juvenile immigrant detainees to be released within 20 days, and explicitly requires family reunification with a clear preference for parental custody.

Third, we intend to invoke what is known as the “outrageous government conduct doctrine.” In a 1973 case, United States v. Russell, the Supreme Court wrote that it “may someday be presented with a situation in which the conduct of law enforcement agents is so outrageous that due process principles would absolutely bar the government from invoking judicial processes to obtain a conviction.” That day has come. The callous tactics used by Immigration and Customs Enforcement have no place in this country.

We cannot wash away this stain on American history. But we are not without a voice, and will speak up for the voiceless, with words and with action. We will not let what has been done go unanswered, and we will do everything we can to ensure that it never happens again. Together, we can reaffirm our commitment to the fundamental values that built this state and this nation.