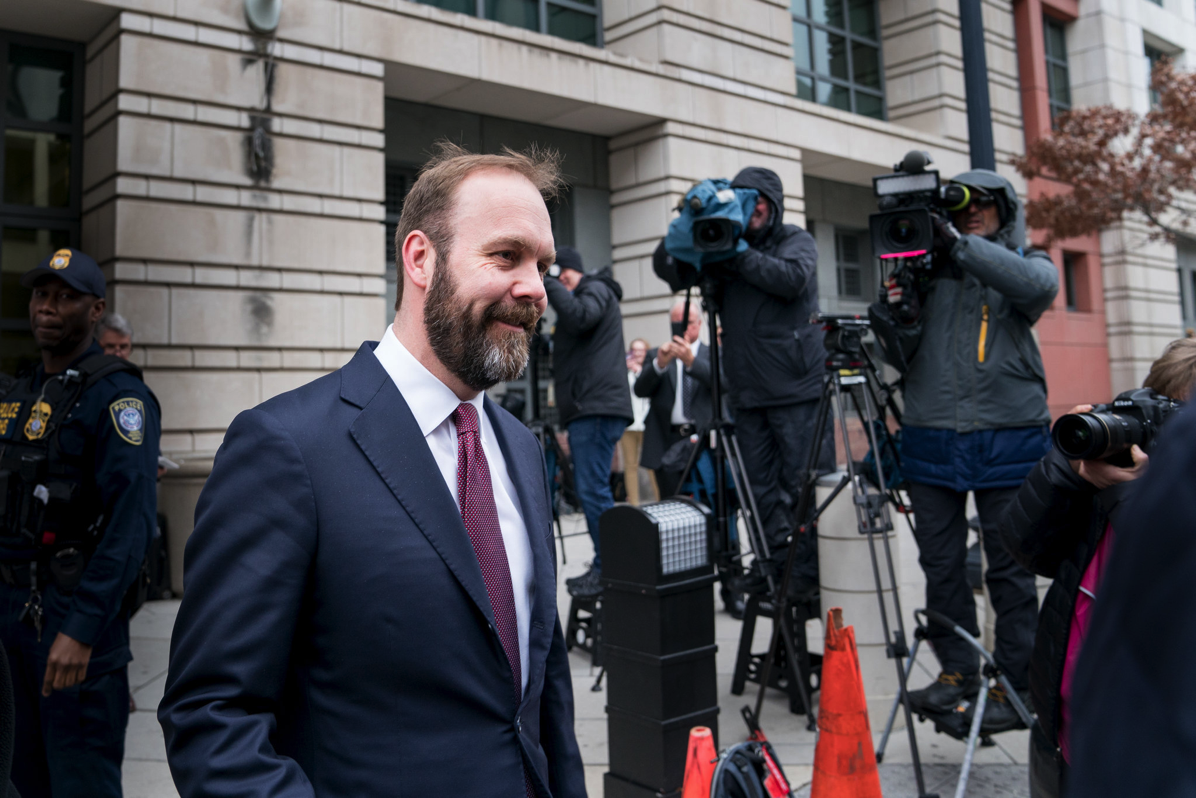 "ALEXANDRIA, VA. — Rick Gates, Paul Manafort’s right-hand man for years, began testifying against his former boss on Monday in federal court in Alexandria, Va. He is considered the most important witness in Mr. Manafort’s trial on tax and bank fraud charges.

Asked by prosecutors whether he was involved in any criminal activity with Mr. Manafort, Mr. Gates responded, “Yes.”
Mr. Gates also testified that he and Mr. Manafort held 15 foreign bank accounts that were not disclosed to the federal government. Mr. Gates said the required financial filings were not submitted “at Mr. Manafort’s direction.”
Mr. Gates admitted to a wide variety of crimes, including bank fraud, tax fraud, money laundering, lying to federal authorities, lying in a court deposition and stealing hundreds of thousands of dollars from Mr. Manafort’s accounts by falsely claiming expenses.While giving testimony, Mr. Gates was grim and sober-faced, frequently looking down or straight ahead — but never looking at Mr. Manafort. Mr. Manafort stared back at Mr. Gates.

The outcome of the closely watched trial, now in its second week, could hinge on whether the jury believes the testimony from Mr. Gates, 46, who has pleaded guilty to conspiracy to commit fraud and lying to federal authorities and faces a prison term of up to six years.

Mr. Gates’s testimony also underscores the trial’s stakes for the White House.
Mr. Manafort was Mr. Trump’s campaign chairman, but resigned from the campaign in August 2016 after just five months. Mr. Gates, the deputy chairman, remained on the campaign as a liaison to the Republican National Committee through the election. Mr. Gates was named deputy chairman of Mr. Trump’s inaugural campaign, raising huge sums for the event."