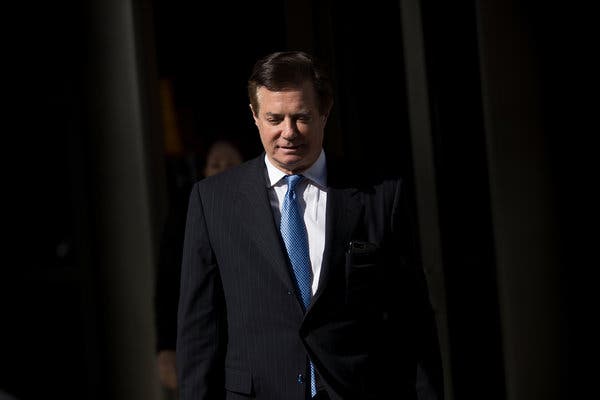 "ALEXANDRIA, Va. — Paul Manafort, President Trump’s former campaign chairman, was convicted on Tuesday in his financial fraud trial, bringing a dramatic end to a politically charged case that riveted the capital.
The verdict was a victory for the special counsel, Robert S. Mueller III, whose prosecutors built a case that Mr. Manafort hid millions of dollars in foreign accounts to evade taxes and lied to banks repeatedly to obtain $20 million in loans.
Mr. Manafort was convicted of five counts of tax fraud, two counts of bank fraud and one count of failure to disclose a foreign bank account. The jury was unable to reach a verdict on 10 of the 18 counts and the judge declared a mistrial on those charges.
The trial did not touch directly on Mr. Mueller’s inquiry into Russian interference in the 2016 election or on whether Mr. Trump has sought to obstruct the investigation. But it was the first test of the special counsel’s ability to prosecute a case in a federal courtroom amid intense criticism from the president and his allies that the inquiry is a biased and unjustified witch hunt…."