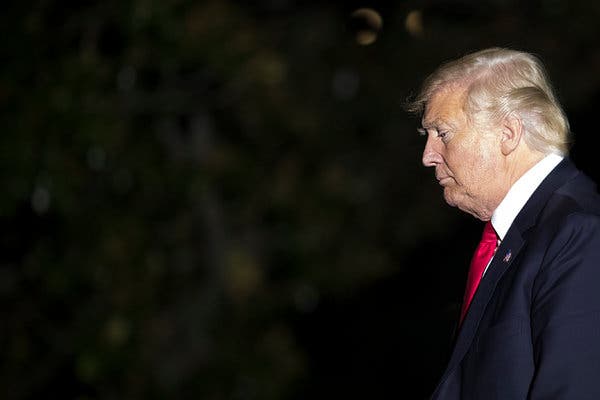 He has brought Robert Mueller’s protectors to the defense of the horrid Jeff Sessions, who may well be a racist and is definitely a monster for conducting the policy of family separations at our southern border.

He has made foul-mouthed, bullying Michael Cohen, Trump’s “fixer,” emerge as an antihero.

He has made Senators Bob Corker and the Tea Party darling Jeff Flake appear as valiant crusaders for integrity, unafraid to put principle above party.

In this dramatic opera of demons, the lesser evils are part of the phalanx standing between us and the greater evils: Trump’s corruption, possible criminality, and definite rage, racism and cruelty.

They are also what has helped to buy time for Mueller to complete his investigation before Trump can end it.

This is where we are now: building coalitions around causes, often with those to whom we take offense or even despise. The enemy of my enemy is my temporary tool.

Hopefully these coalitions will not need to be longstanding. Trump’s fortress of fraudulence is showing cracks. A life lived on the edges of the law is inching into full view. Justice is yearning to be served.

Last week, not only did Cohen implicate Trump in a criminal conspiracy, Cohen’s lawyer, Lanny Davis, told MSNBC: “Mr. Cohen has knowledge of certain subjects that should be of interest to the special counsel and is more than happy to tell the special counsel the obvious possibility of a conspiracy to collude and corrupt the American democracy system in the 2016 election.”

Cohen flipped, and Trump flipped out.

He gave a rambling, nearly incoherent interview to Fox News, in which he not only seemed to confess to a campaign finance violation, one of the things Cohen pleaded guilty to, but he also made himself sound more like a mob boss than a law-and-order president. He told the network:

“If somebody defrauded a bank and he is going to get 10 years in jail or 20 years in jail, but you can say something bad about Donald Trump and you will go down to two years or three years, which is the deal he made, in all fairness to him, most people are going to do that. … And I have seen it many times. I have had many friends involved in this stuff. It’s called flipping, and it almost ought to be illegal.”

The use of informants is a central part of how some criminal prosecutions are executed. This is how the justice system works.

Trump is a man who has lived a life evading justice, using the legal system and the threat of legal action against people. For him, the justice system is a tool at the disposal of the wealthy and the ruthless, one to be used against anyone of lesser means and lesser fortitude.

In his mind, the fact that he may be implicated by the justice system is a blasphemy, a distortion of the American power structure, in which the wealthy almost always win.

Two notes here: a) he’s right — his entire life has been controversial and b) he only sees things through the lens of winning or losing. There is no other measure of success or failure. If you win, you were right.

Not only has Cohen flipped, but The New York Times also reported last week:

“Federal prosecutors in Manhattan struck a deal earlier this summer with Allen Weisselberg, the longtime chief financial officer of the Trump Organization, granting him immunity for his grand jury testimony about Michael D. Cohen, a person briefed on the arrangement said Friday.”

And not only that, but The Wall Street Journal reported last week that David Pecker, chairman and C.E.O. of American Media — which publishes the National Enquirer — was also granted immunity in the Cohen case.

This wannabe-king’s court is filled with rats and weasels more interested in their own preservation than his. Trump demands loyalty, and loyalty freely given should be honored and revered. When the dishonorable attempt to purchase it, either with money or fear, it will always prove false in the end.

No one can outrun the truth forever. Eventually, the truth always catches up. It comes out. It shines. I predict that the whole truth of Trump will shock the world, even more than it is already shocked.

Trump may have the undying loyalty of the zombies who rose from what was once the mainstream Republican Party, but not even that can forever stave off the reckoning.

I’m not a very religious person, but I am fond of Galatians 6:7 in the Bible:

“Be not deceived; God is not mocked: for whatsoever a man soweth, that shall he also reap.”

Opinion | Opera of Demons - The New York Times
Posted by John H Armwood II at 8:50 AM