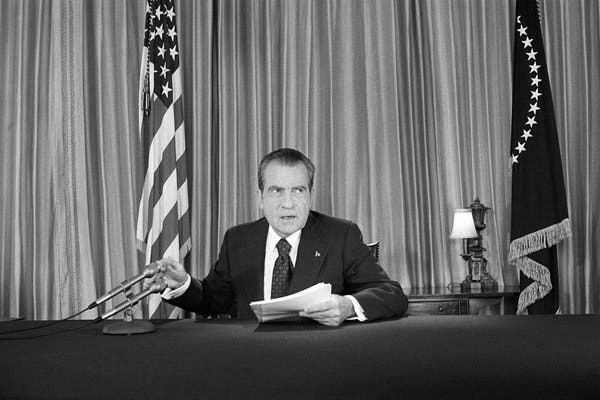 "Twenty years ago last Friday, President Bill Clinton testified before the independent counsel, Kenneth Starr, and a grand jury about his sexual relationship with the White House intern Monica Lewinsky.

That night, Clinton addressed the nation, in which he confessed:

I did have a relationship with Miss Lewinsky that was not appropriate. In fact, it was wrong. It constituted a critical lapse in judgment and a personal failure on my part for which I am solely and completely responsible. But I told the grand jury today and I say to you now that at no time did I ask anyone to lie, to hide or destroy evidence or to take any other unlawful action. I know that my public comments and my silence about this matter gave a false impression. I misled people, including even my wife. I deeply regret that.

It was a clear admission, even if offered under duress and after the option to lie had vanished, and even if still splitting some hairs.

Months earlier, Clinton had bluntly said, “I did not have sexual relations with that woman, Ms. Lewinsky. I never told anybody to lie, not a single time. Never. These allegations are false, and I need to go back to work for the American people.”

Days after Clinton made his admission, Donald Trump gave an interview to Chris Matthews in which he said of Clinton:

Donald Trump made clear then his approach to dealing with these sorts of problems: Admit nothing, confess nothing, deny everything, attack the person pursuing you.

For me, it is clear that there was at least an attempt by members of the Trump team to conspire with Russians to influence the elections. The evidence of that is now public record. And, it is just as clear that Trump has attempted to obstruct justice by hampering the investigation and continues to do so.

Whether the special counsel, Robert Mueller, will deem those actions to meet the legal threshold of criminality is another story.

But, it seems to me that Trump is growing increasingly agitated over the very real possibility that more members of his campaign and possibly his family are open to liability and that he himself may be vulnerable to eventual impeachment.

As such, he is mirroring the actions of President Richard Nixon, who resigned before he could be impeached.

We now know, of course, that that was a lie.

But a full reading of Nixon’s statements sound mild compared to the viciousness with which Trump is attacking the investigation looking into illegality, the press reporting on it and those providing information for it.

Even in Nixon’s false statement, one reads at least a rhetorical respect for American institutions and history, even if that respect did not exist in fact or in full.

Trump has none of that.

I believe he has absolutely no plans to personally cooperate with the investigation by sitting for an interview. He may have once believed that he could bluff his way through such an experience, but now his hostility and fear about the inquiry’s conclusion has clipped his courage.

And, I don’t believe Trump is going to confess as Clinton did, or resign as Nixon did, regardless of what Mueller finds, whom he prosecutes or what he says in a report.

Trump lies about almost everything, but one thing that he says is true: He is a fighter. But he’s not a fighter because he is fearsome or brave. Valor has no relationship to the man. Trump fights for vanity.

One of Trump’s greatest fears and greatest insecurities is being embarrassed and being exposed. Trump is petrified that someone will remove the mask he has been crafting for seven decades, or of having it be revealed that that mask is made of paper rather than steel."