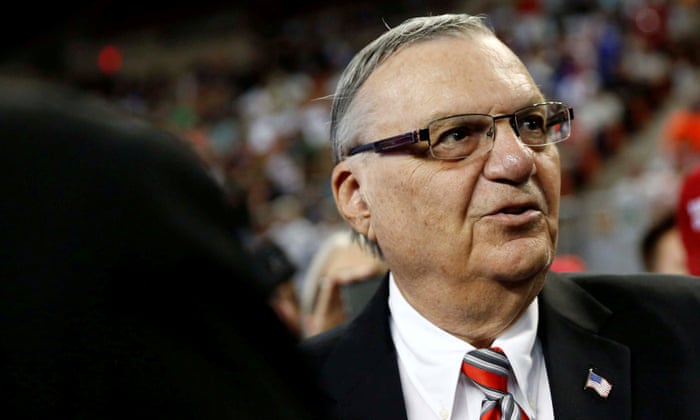 "n Tuesday night, Donald Trump all but promised he would pardon disgraced Arizona sheriff Joe Arpaio, who was convicted of criminal contempt three weeks ago. “I won’t do it tonight,” he said. “But Sheriff Joe can feel good.” CNN is now reporting the White House has prepared the paperwork for Trump’s signature.

As many have warned, pardoning Arpaio – famous for racially profiling Latinos in Maricopa County – would be an endorsement of racism. There’s another reason the possibility of a pardon should trouble us: it reflects Trump’s deep disdain for the judiciary and its role in our system of checks and balances.

For years, Arpaio pursued a discriminatory policy of stopping and holding people for whom there was no reasonable suspicion of criminal activity. A federal court ordered him to stop in 2011, but he continued to detain people unlawfully for another 17 months.

Last month, a different federal judge found Arpaio guilty of willfully defying the court order – a criminal charge that was fairly easy to establish, given that Arpaio repeatedly bragged to national media outlets: “I’m not going to give it up” and “nothing has changed.” In short, Arpaio’s disregard for the law and the court’s order was flagrant and sustained.