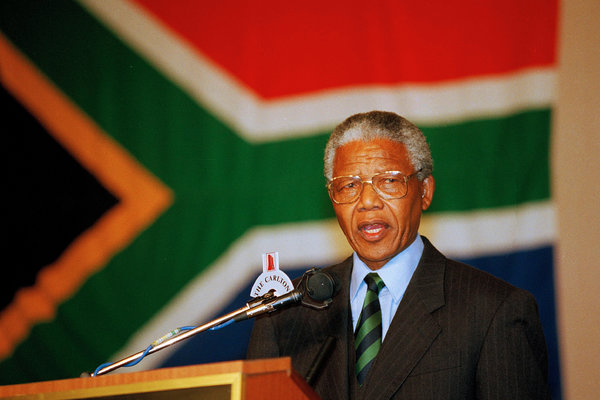 "Some time ago, the writer Nikki Giovanni offered me guidance on writing about the life of a public person. Most of her advice I understood and dutifully jotted into a small notebook. However, one of her dictums confused me: “Whenever you receive a letter from a prisoner, make sure you write him back.” I frowned, confused but also a little guilty. I’d received a few letters with penitentiary return addresses and hadn’t responded. “Write them back,” she repeated. “You don’t know how much mail means to people in prison. You can’t imagine what they have to do just to get the stamp.”

Since then, I’ve heeded her advice. But sometimes it isn’t possible to write back. One gentleman I met at a book club on Rikers Island said he wouldn’t reveal his last name or ID because he couldn’t bear the disappointment of not receiving a response. Those of us who live freely in the age of electronic communication often take the mail for granted. But for people in prison letters remain the best way to engage with a society that has forcibly excluded them.

From Nov. 7, 1962, to Feb. 11, 1990, Nelson Mandela was a political prisoner in South Africa, jailed for his role as a leader in the African National Congress and its struggle against South Africa’s apartheid regime. Four years after his release he was elected his country’s president. Today, nearly five years after his death at age 95, his legacy as one of the 20th century’s most distinguished and influential freedom fighters is well enshrined. But the man himself is not completely known.
Like prisoners all over the world, Mr. Mandela wrote letters, hundreds of them, each one a condensed autobiography. They have been collected in a forthcoming volume, “The Prison Letters of Nelson Mandela,” published by Liveright. It includes more than 250 letters, well over half of them previously unpublished. In some ways these letters rock the pedestal he was placed on after his release in 1990, for they show his complicated humanity. I’m not using “humanity” as a euphemism for “flawed.” The prison letters reveal no cracks in the foundation of his faith and commitment to justice. Rather, these messages to family, friends, comrades, elected officials and prison administrators reveal a Mandela as vulnerable as any other human.

Prison is a depraved environment. Incarcerated people live without comfortable beds, healthy food, adequate health care or the freedom of movement most of us who have never been incarcerated take for granted. They’re subjected to great violence, as though their sentence invalidates their own legal protections. While these severe deprivations are harrowing, Mr. Mandela’s prison letters underscore isolation’s other violence: Every incarcerated human is stripped of family.

At the Robben Island prison Mandela was held in, people were made to sit in rows in the prison courtyard and smash stones into gravel.Photo by: Cloete Breytenbach/Daily ExpressAs a captive, Mr. Mandela was kin to Martin Luther King Jr., Mahatma Gandhi and other leaders who worked to overthrow racism and colonialism. But alone in his cell, he joined an international underclass including dissenters in North Korea, women in Arizona shackled as they give birth and infant children caged on our southern border.
Our humanity derives from our most intimate relationships. Mr. Mandela’s prison letters, particularly those to his family, reveal that even the most righteous cause cannot inoculate anyone from the agony of separation. Mr. Mandela was allowed occasional visitors; his wife Winnie’s visits were strictly limited. His daughters could see him only after they reached the age of 16. Visits, while precious, are ephemeral, but the letters he received and treasured gave him tangible connection with his loved ones with each rereading. Throughout Mr. Mandela’s incarceration, prison authorities severely restricted and censored his letters. Considering the solace and strength he took from these folded sheets of paper, it’s a marvel his captors allowed him any mail at all.

Pages of Mandela's letters.Photo by: The Estate of Nelson Rolihlahla Mandela and the Nelson Mandela FoundationStill, there are limits to paper and pen. When Mr. Mandela’s son, Thembi, was killed in a car accident, Mr. Mandela was forbidden to attend the funeral. Prison stole from him the critical years in the lives of young daughters. In a letter written to his daughter Zenani shortly after her 12th birthday, he reminds her of a brief visit he had with her nearly a decade before, during the time when he had gone underground and was living away from home: “In a corner you found … my clothing. After collecting it, you gave it to me and asked me to go home. You held my hand for quite some time, pulling desperately and begging me to return.”
Reading his anguished account, we understand another function of letters: to make memories tangible. He sought to remind his 12-year-old not only of his own love but also of the love that her heartbroken, 2-year-old self once felt for her vanished father. Winnie Mandela was briefly incarcerated while pregnant with Zenani, and Mr. Mandela reminded his daughter that she was the rare person who’d served jail time even before she was born.

Mandela and his wife Winnie in 1958.Photo by: API/Gamma-Rapho, via Getty ImagesMr. Mandela’s letters tell a story beyond their own words. The printed volume includes several images of the pages. His handwriting is careful but crowded, as though trying to include more words than any page could hold. Perhaps he is saving rationed paper and ink, but he also seems to be tying a rope bridge of words to carry him from prison to the home where his wife and children await.
While these letters overflow their pages, there’s also a haunting sense of all that’s not expressed. Mr. Mandela wrote knowing his letters would be censored. He often asks about earlier missives, possibly intercepted or destroyed. On Aug. 1, 1970, he writes to Winnie: “Can it be that you did not receive my letter of July 1? How can I explain your strange silence at a time when contact between us has become so vital?”

He must also have known that these letters would one day be read by people all over the world. This loss of privacy is also a loss of the intimacy at the heart of our most sustaining relationships. He laments, “There are affairs in life where third parties, no matter who they are, should not be let in at all.” But he knew, too, how to sneak in a thousand unspoken words. To Winnie he writes, “I suspect that you intended the picture to convey a special message that no words could ever express. Rest assured that I have caught it.”

The Mandela we have come to revere since his triumphant release in 1990 is an elder statesman, weathered yet elegant, intelligent yet accessible and above all, brave and resilient. His gray hair and smiling face, his fist raised gently in a nod to troubles past, has supplanted the image of a much younger man who appeared before the court in 1962 dressed in a cape made from the skin of jackals. Then, his raised fist promised continued defiance and civil insurgency. His vow to dismantle apartheid earned him not only the ire of the illegitimate white South African government but also the contempt of the Reagan administration, which branded him a terrorist.

Somehow we’ve chosen to laud Mr. Mandela’s capacity for forgiveness without dwelling on what he actually forgave. These letters remind us of the cost of freedom. Upon his release, Mr. Mandela was feted with state dinners and parades, and there’s joy in seeing a hero so rewarded. However, the fall of apartheid and even the triumph of a 1993 Nobel Peace Prize (which he graciously shared with South Africa’s President F. W. de Klerk) could never return to him what he lost: decades of intimacy with a young family, growing away from him in his absence.

Separating a person from his kin is the ultimate expression of state power. I can’t help seeing, in the image of Mr. Mandela’s daughter begging for her father’s return, the children weeping at our southern border. I understand the impulse to marvel at Mr. Mandela’s civility and eloquence, even under duress. How, it’s easy to wonder, could a man form such generous, brilliant philosophies in the face of cruelty and injustice? Mr. Mandela was unique. How often in a generation does a giant walk among us, with brilliance and courage, guided by an immaculate moral compass?

Mr. Mandela in Johannesburg in 1953, before his long period of incarceration.Photo by: Herbert Shore, courtesy Ahmed Kathrada FoundationBut we do his memory a disservice if we merely celebrate his difference from people who suffer with less transcendent purpose. To honor Mr. Mandela, we must remember him as a man — one of millions of incarcerated men and women separated from their families and denied basic rights.

In a letter to his son, Mr. Mandela writes, “those who want to wipe out poverty from the face of the earth must use other weapons, weapons other than kindness.” He means, of course, fighting with relentless urgency against the very structure of social injustice. While he’s right, anyone who reads this collection will also rediscover the power of small kindnesses penned onto paper and tucked into an envelope, which, Mr. Mandela wrote, had the power to “cut through massive iron doors and grim stone walls, bringing into the cell the splendor and warmth of springtime.”
Someone, somewhere in an enclosing prison — across town, in a border detention facility, in a country you’ve never known — is waiting for a letter."