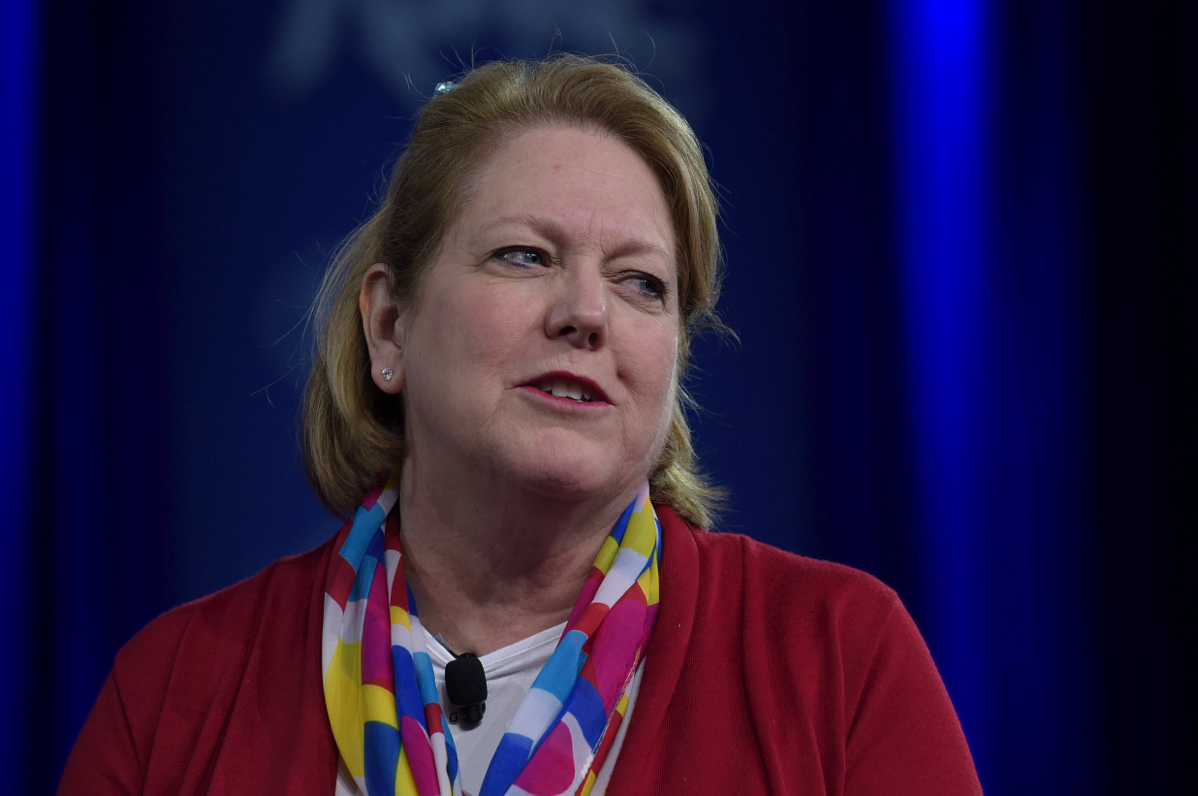 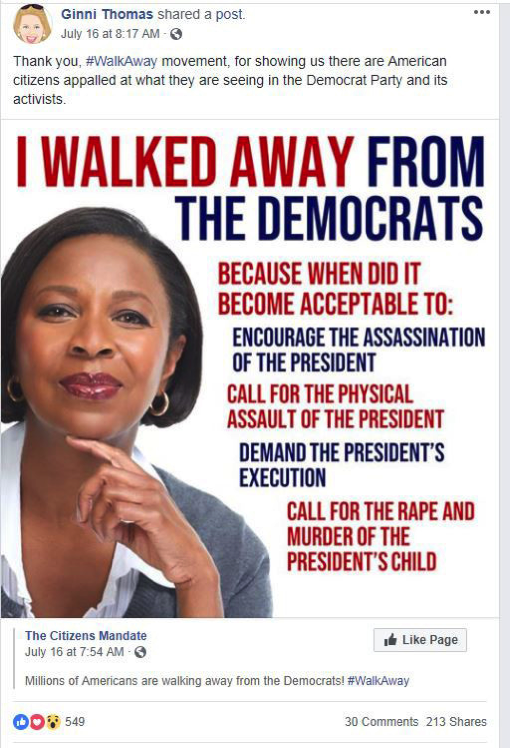 This is fake, stock photo.

"The wife of Supreme Court Justice Clarence Thomas shared fake news images on Facebook of African-Americans who allegedly “walked away” from the Democratic party.

Modal TriggerGinni Thomas' postFacebookGinni Thomas, a lawyer and conservative activist, shared a number of posts from “The Citizens Mandate” that appeared to show former members of the Democratic party — but the individuals are models posing for stock images.

“Thank you, #WalkAway movement, for showing us there are American citizens appalled at what they are seeing in the Democrat Party and its activists,” Thomas wrote on July 16 along with the mocked up image of an African American woman.

The item showed the model along with a list of inflammatory reasons she purportedly left the political party.
The image is a stock photo that can be found by a simple image search.
Modal TriggerGinni Thomas' postFacebookThomas shared a second post from the Citizens Mandate page on Saturday that showed an African American man who the group also claimed had left the party.
“My wife and I both work full time and still cannot afford to send our own kids to college,” read the image Thomas shared on Saturday.

That man is also a stock image model.