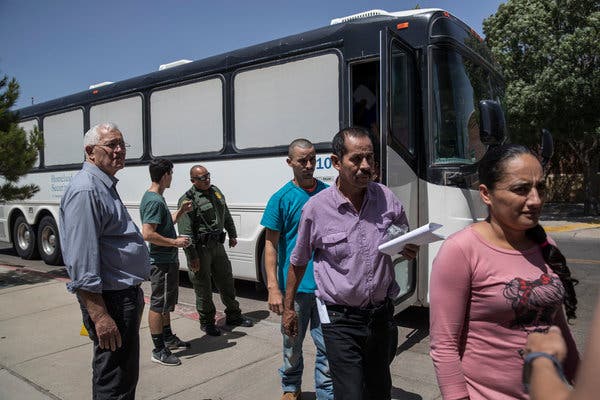 "LOS ANGELES — The Trump administration on Monday lost a bid to persuade a federal court to allow long-term detention of migrant families, a significant legal setback to the president’s immigration agenda.
In a ruling that countered nearly every argument posed by the Justice Department, Judge Dolly M. Gee of the Federal District Court in Los Angeles held that there was no basis to amend a longstanding court decision that forces the government to avoid holding migrant children for longer than 20 days.

Judge Gee said the administration’s request was “ a cynical attempt” to shift immigration policymaking to the courts.
President Trump has pledged to end previous administrations’ “catch-and-release” policy for undocumented immigrants apprehended at the border, but the ruling left the administration with few good policy alternatives.