The Other Madisons review: an astonishing story of a president's black family | World news | The Guardian 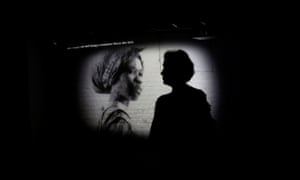 "As Virginia tobacco planters, George Washington, Thomas Jefferson, James Madison and James Monroe, the first, third, fourth and fifth presidents of the United States, had much in common. Between them, over a generation, they owned more than 1,000 human beings.

All denounced slavery as the nation’s “original sin”, predicting its inevitable abandonment. In power, however, none acted to upset or undo the status quo. Each declared that with slave liberation, white prejudice and black grievance would make harmonious coexistence of the races “impossible”. But Jefferson is known to have fathered children with Sally Hemings, a black woman he owned, and Washington, Madison and Monroe are reputed to have done the same, with women owned personally or by family members.

Bettye Kearse’s powerful book acts to memorably illuminate the poet Caroline Randall Williams’ vivid idea of the “rape-colored skin”. By infinite degrees, African Americans’ skins are lighter than our unknown west African ancestors. This is due to our haunted legacy of imposition. Black women submitted to predatory masters. Their husbands accepted and loved white men’s children.

Growing up, Kearse was told by her mother and grandfather: “Always remember – you’re a Madison. You come from African slaves and a president.” In 1950s Oakland, California, this was her family mantra, a kind of incantation, meant to connect her to a personal history of accomplishment, forbearance and fearlessness.

Subtly, the process also prepared her for designation as her family’s griotte, or storyteller. Like the Dalai Lama, each new griotte is chosen by the last. Groomed as oral historians, they act almost as a family’s conscience. This west African tradition was brought to America with Kearse’s antecedent, an abducted Ghanaian maiden whom the white Madisons purchased and called Mandy.

“Mandy made it clear what she wanted me to know,” Kearse says. “Her thoughts and feelings were painful to take in, but had I shied away … my book would have been pale.”

Explaining how her mother delivered a box of family papers and photographs, conferring her responsibility as griotte, Kearse takes us through the odyssey she undertook to write her book. Determined to do honor to the black Madisons, she travels to Orange county, Virginia; to the Elmina slave castle on the Gold Coast of Ghana; from Salt Lake City’s genealogy archive to the Schomburg Center for Research in Black Culture in Harlem. Seeking to validate and enlarge the black Madisons’ saga, to tell a nuanced story until now completely unknown, she succeeds richly.

As Kearse tells it, Montpelier, a vast Virginia plantation, was the scene of the crimes which established a distaff branch of Madisons. In that stately house, between governmental posts and the presidency, James and Dolley Madison lived as master and mistress. Without once referencing slaves, James Madison drafted the US constitution and the bill of rights.

He and his wife, a widow with a young son when they married, never had children together. But in the 1790s, according to Kearse’s family story, Madison was attracted to their cook, an enslaved woman named Coreen. Coreen was the daughter of Mandy and Madison’s father. Thus, she was the future president’s own half-sister as well as the mother of his son, Jim. A glaring reminder of indiscretion, the boy was not sold away. Not at first, at least.

How disorienting relationships between slave and master must have been. Today, many call such illicit unions rape. Sometimes, surely, they must have been more. Sometimes they must have been a refuge, an outlet, if with a lopsided power dynamic. In marriages made for any number of strategic reasons, with white wives frequently reduced to a kind of servitude all their own, might not some masters have come to find greater affection among their slave family? But when circumstances were so dramatically unequal, was a consideration like love even possible?

Observing the favor accorded to women the master had “visited”, with relative privilege extended to their children, could not some young enslaved women have seen a way of improving their life?

One broaches this subject warily, knowing supposed wantonness and intrigue are parts of the great libel that unjustly castigates black women today. But were such transactions always utterly without regard or feeling in either partner, or their children? Some masters freed their slave offspring, sending them north to be educated, with gifts of cash or property.

“Some people in the white community referred to black women as ‘happy whores’, but what appeared to be the desire of these women to have sex with the men who owned them was actually fear, fear of being beaten, starved, overworked. Or worst of all, fear being sold away from their families … I doubt Madison gave which enslaved woman to choose a lot of thought. Raping his half-sister was a matter of unfulfilled needs, convenience and, above all, power.”

Despite his father’s commitment to the idea of recolonizing freed blacks in Liberia, for Jim Madison, freedom in the North might possibly have awaited. But according to Kearse, he forgot his status, to the extent of falling in love with his white cousin, Victoria. Just as recklessly, she returned his ardor. Threatened by scandal and censure, earning the eternal ire of the black Madisons, Dolley Madison sold Jim away. He ended up in Tennessee.

Rapists or not, men like Madison are at least partly responsible for Kearse’s great book. They gave rise to an identifiable caste, people who made up much of WEB DuBois’ “talented tenth”. This was not, as Jefferson might have said, due to white heredity. It was due to opportunity, a modicum of privilege and proximity, resources and education.

Monuments dedicated to Confederate traitors or even to Andrew Jackson must come down. As for our flawed founders, the country they invented redeems them. By not specifically excluding women, blacks and natives as they might have, they provided a means and a template to pursue and gain equality.

Like black Washingtons and black Monroes with oral traditions attesting to their origins among the founders, so far Bettye Kearse has not succeeded in producing DNA evidence to bolster her connection to Madison. Never mind. Leaving her much-celebrated white ancestors in the background, she restores the black Madisons to history. They are resilient Americans, second to none."

The Other Madisons review: an astonishing story of a president's black family | World news | The Guardian
Posted by John H Armwood II at 8:51 AM