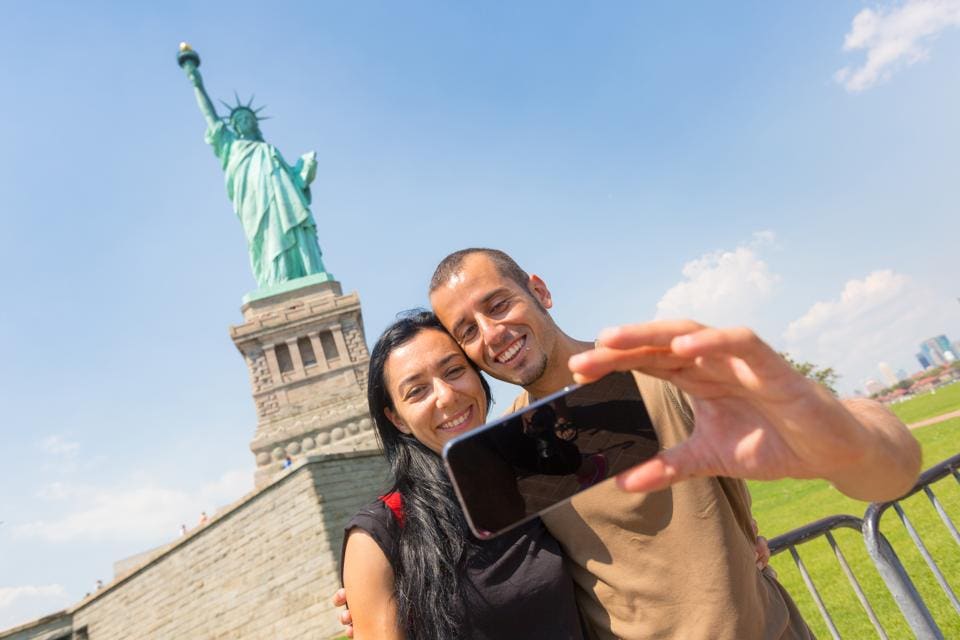 "These are sobering times for the U.S. tourism industry. While international tourism is growing around the world, America’s slice of the pie has been shrinking.


America’s share of the global travel market dropped from 13.7 percent in 2015 to just 11.7 percent in 2018, according to the U.S. Travel Association.
That 2 percent drop is a very big deal. In 2018, international visitors to the U.S. spent $256 billion — so a two percent drop translates to around $5 billion annually. And the travel industry is a huge job generator. Last year, travelers spent $1.1 trillion in the U.S. and directly supported 8.9 million U.S. jobs, according to the U.S. Travel Association.
“When we met last year, I told you that the U.S. is losing international travel market share. Unfortunately, that is still the case,” U.S. Travel President and CEO Roger Dow told a crowd at IPW, the travel industry's premier inbound international conference, last week in Anaheim, California.
Dow noted that the U.S. Department of Commerce just put out figures showing that international travel to the U.S. grew by 3.5 percent last year. “That might sound pretty good — but not when you consider that globally, long-haul travel grew by 7 percent,” he said. “What that means is that the U.S. is still falling behind in the competition to attract international visitors. That’s the bad news.”
On one hand, Dow was reluctant to blame politics. “I know a lot of people want to lay this at the feet of our president. But we’ve come a long way helping the administration appreciate travel as a crucial U.S. export and job creator,” said Dow. “We certainly don’t think the president says often enough that he wants healthy numbers of visitors to come to the U.S. but there is an opening to talk to this administration about policies that help with visitation.”
To illustrate his point, Dow showed a clip from the 2019 State of the Union, where President Trump stated that the U.S. wants international visitors before making a crack about illegal immigration. The IPW audience reacted with cynical laughter.
But the same day Dow had to acknowledge that politics were contributing at least in part to the country’s tourism woes after the Chinese government issued multiple warnings to its citizens about traveling to the United States. Three of China’s ministries — Foreign Affairs, Education, and Culture and Tourism — issued separate warnings to business travelers, students and leisure travelers.
Even before these warnings, there was a drop in Chinese tourism numbers that appears to be connected to politics. After seven years of double-digit growth through 2016, it slowed to only 4 percent in 2017 and remained flat in 2018.
“This move would appear connected to the U.S.-China trade dispute,” said Dow in a statement. “While it's too early to know the impact this might have on inbound travel from one of our top source markets, announcements such as this can have a chilling effect.” Chinese tourists spend $6,700 per trip compared to an average of $4,200 for international tourists overall.
“We continue to urge both governments not to politicize travel for the reasons I have stated often: travel is incredibly valuable for both countries in terms of direct commercial activity and business relationships that have a broad downstream economic impact,” according to Dow’s statement.
“America can be — and should be — the most secure and the most visited country in the world,” said Dow."