Want to dismantle structural racism in the US? Help fight gerrymandering | US elections 2020 | The Guardian 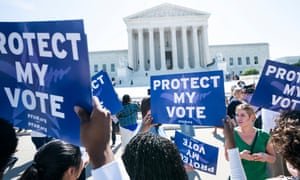 Want to dismantle structural racism in the US? Help fight gerrymandering | US elections 2020 | The Guardian
Posted by John H Armwood II at 8:50 AM