Can the Post Office Handle Election Mail? Why the Recession Could Actually Help - The New York Times 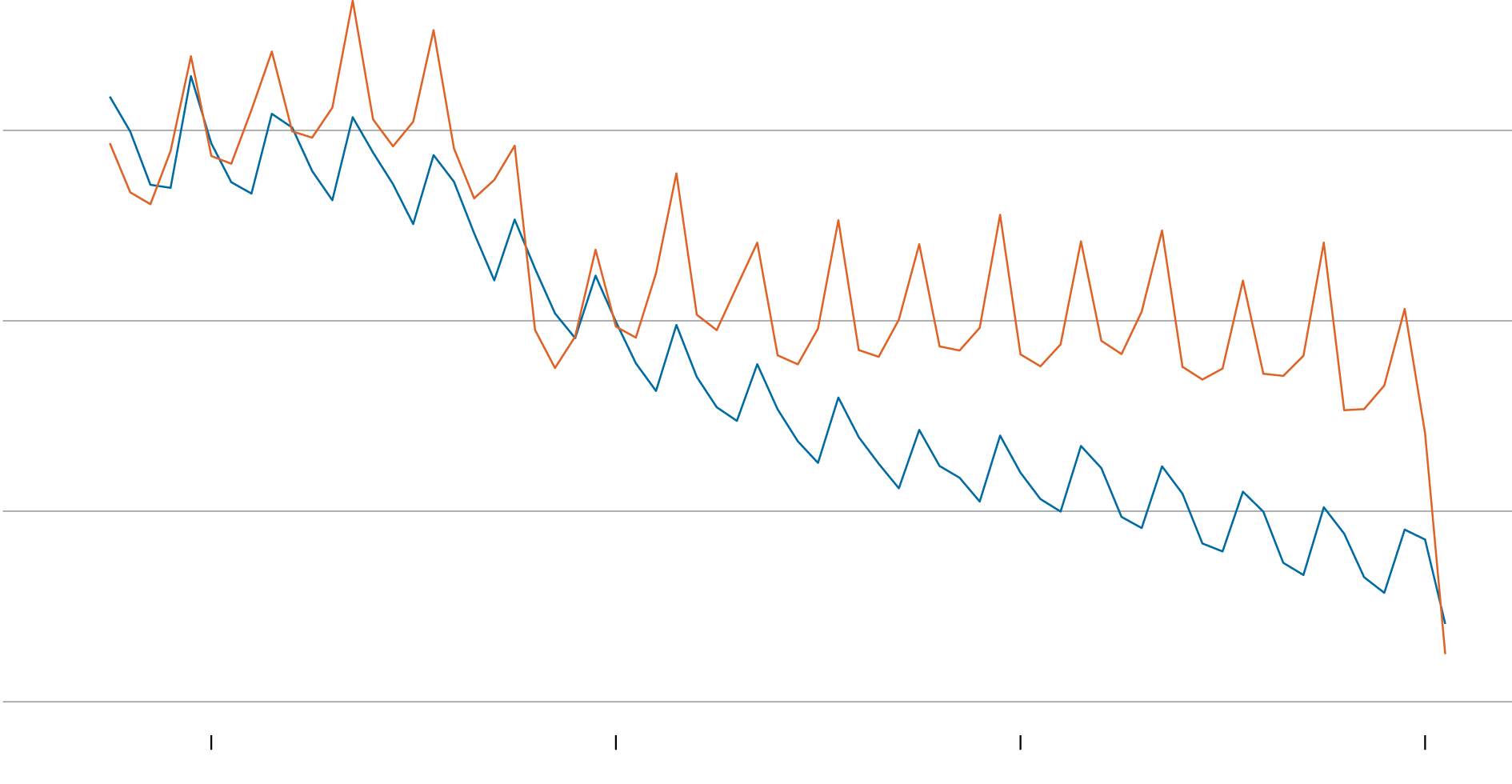 "A surge in mail-in ballots this fall may not tax the Postal Service nearly as much as it would in a normal year.


An election during a pandemic means far more Americans than ever are likely to vote by mail. But the pandemic also means that the Postal Service is handling far less mail than usual.
The coronavirus recession has hit the post office. Individuals and especially businesses are simply sending less mail. Between April and June, the volume of marketing mail — like catalogs and fliers — has plummeted 36 percent compared with the same period last year. But first-class mail, like letters and bills, has fallen, too. Even with a normal Christmas surge and an unusually high number of mail-in ballots, overall postal volume between October and December would most likely be less than last year’s Christmas season by more than one billion pieces of mail. The recent virus-driven decline follows more than a decade of annual decreases in mail volume, as more companies have digitized their billing and marketing operations.
That overall decline is part of why postal officials have said they need cost-cutting measures: Less mail this year has meant less postal revenue. But Louis DeJoy, the Trump-aligned postmaster general who has overseen the decommissioning of mail-sorting machines and cutbacks in overtime, announced Tuesday that he would suspend such changes until after the election. His announcement came in response to a public outcry that postal slowdowns could undermine the election. Not every recent change can easily be reversed, but Mr. DeJoy’s statement suggests that the post office will be operating this fall at fairly normal capacity.
At normal capacity, the post office has room to accommodate an unprecedented level of mail-in voting. Postal volume is highly seasonal, and the system is equipped to handle huge surges in mail. The slowest months are in the summer. The busiest are in fall and early winter as retailers send catalogs; as households send holiday cards and newsletters to their friends; and as far-flung relatives mail gifts. Last year, the Postal Service estimated that it handled two and a half billion pieces of first-class mail just in the week before Christmas, its busiest week of the year.
Getting the mail delivered during the annual holiday mail crush involves outside contractors and lots of overtime by full-time staff. Even if everyone voted by mail, it would not result in as much additional mail volume as a typical holiday season. If half of registered voters from 2018 chose to vote by mail, that would mean that the post office would have to process 153 million pieces of mail. This spring’s first-class mail volume was already down 1.2 billion pieces from the same period last year.
Assuming the seasonal trends this year match those in the past, the additional mail-in ballots in the fall still wouldn’t push first-class mail volume anywhere near last year’s levels, unless they were all mailed the week before the election.
Of course, there are still ways that vote-by-mail could go wrong. A group of states has filed suit against the Postal Service, arguing that recent service changes were unlawful, delayed delivery of ballots and interfered with people’s ability to vote in primary elections this year. Several states have deadlines for requesting and submitting ballots that run very close to Election Day, putting pressure on the post office to process mail quickly during a busy time. The less time postal workers have to process mail-in ballots, the harder it will be to absorb the increase.
And the recent restrictions on overtime do appear to have slowed postal processing in some parts of the country. That’s why election experts have been urging voters to request and submit their ballots early, to spread the burden over as much time as possible. Several have compared the effort to “flattening the curve” of the pandemic.
Mr. DeJoy said this week that overtime would continue to be approved “as needed,” which leaves administrators considerable leeway. He could also, despite his recent promises, impose other policy changes that could slow or limit mail processing.
But changes that slow all first-class mail would have big and obvious effects, like interfering with the payment of bills and the shipping of prescription medications. “It’s not good long-term politics,” said Daniel Carpenter, a professor of government at Harvard, who said he could not rule out the possibility.
And changes that specifically targeted ballots would also be hard to keep secret. “Who do you think the postal workers are?” said Elaine Kamarck, a senior fellow at the Brookings Institution, who studies the Postal Service. “They're Democrats! They're all part of a union.”
There are also risks from the coronavirus itself: An outbreak among mail carriers or in a postal processing plant could stall deliveries, especially since substitute workers require a lot of training.
But if things proceed as normal, the Postal Service is particularly well equipped to handle paper mail like ballots, especially in a year with depressed postal volumes.
“They’ve got the processing capacity,” said Kevin Kosar, vice president at a free-market-oriented think tank, the R Street Institute, who has long studied postal operations.
But that does not mean that the Postal Service will be able to manage all the extra mail quickly if it comes in a giant rush. “It’s like a restaurant,” he said. “If 500 people show up at exactly 8 a.m. at McDonald’s, they’re going to have a backup. But if 500 people show up over a 12-hour period, piece of cake.”
Can the Post Office Handle Election Mail? Why the Recession Could Actually Help - The New York Times
Posted by John H Armwood II at 7:30 AM