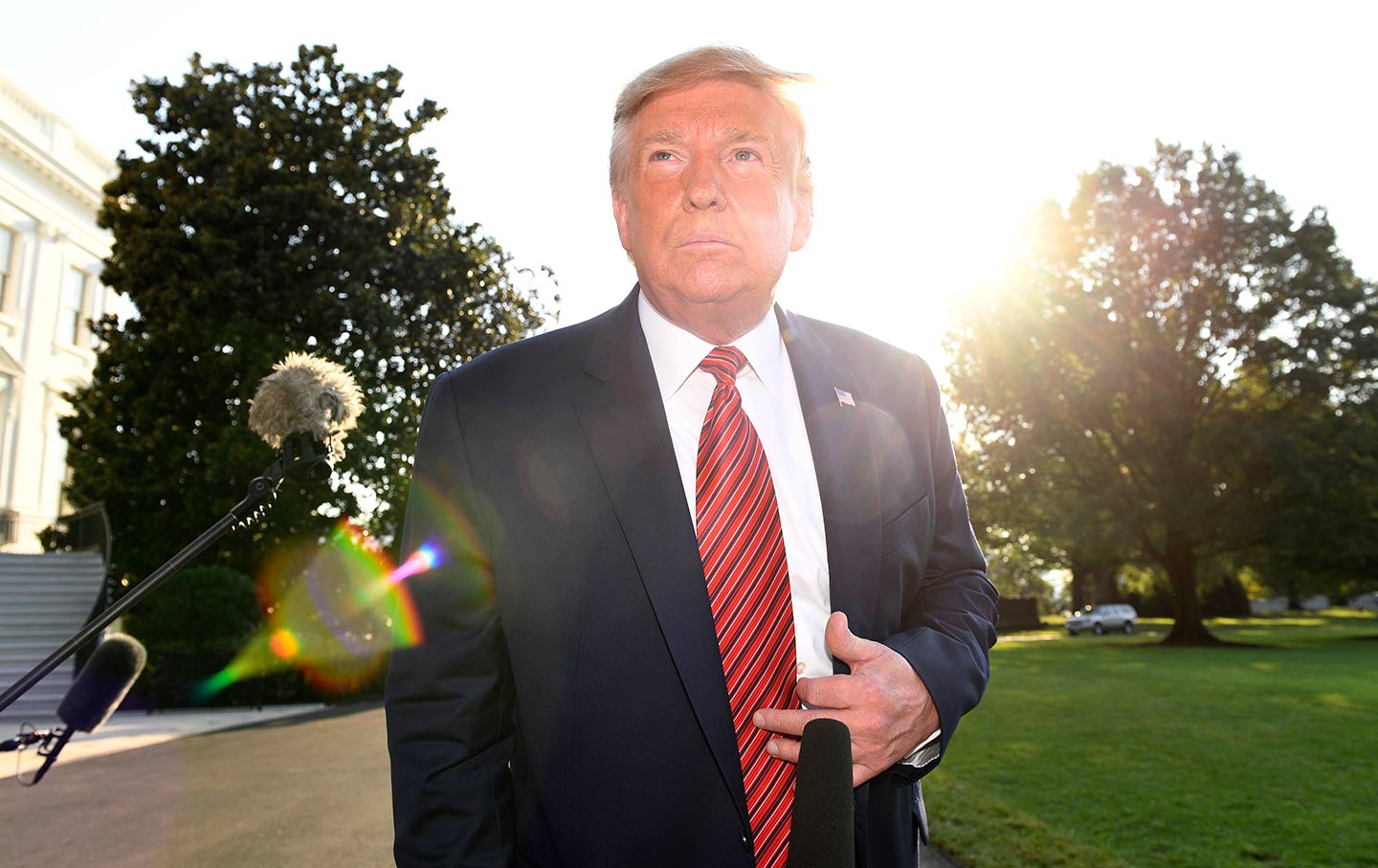 "In mid-November, President Donald Trump pardoned three American servicemen implicated in war crimes: Lt. Clint Lorance, serving a murder sentence for ordering his soldiers to open fire on unarmed Afghan men in 2012; Maj. Mathew Golsteyn, charged with the murder of an unarmed Afghan in 2010; and CPO Edward Gallagher, convicted and demoted for posing with the corpse of an ISIS detainee in Iraq.

Judging from the uproar in much of the US media over the pardons, you’d have thought these were the only three members of the US military to have ever done anything wrong.

The Washington Post, for example, unfurled the headline: “Trump pardons people accused of war crimes because he thinks war should be savage.” The author went on to speculate that the commander in chief “rejects…as a pointless quibble” the combatant-noncombatant distinction that supposedly makes US-waged war civilized, orderly, and non-savage.

Never mind, then, all the civilian noncombatants wiped out on a regular basis by the United States in Afghanistan, Iraq, Pakistan, Somalia, and beyond—without much of a peep from the corporate media about the need for justice and accountability. Think of the recent murder by US drone of at least 30 Afghan pine nut farmers, the US habit of bombing wedding parties, and the joint Amnesty International-Airwars investigation that documented at least 1,600 civilian deaths in four months of US-led coalition airstrikes on the Syrian city of Raqqa in 2017.

Over at Time magazine, US military veteran Elliot Ackerman contends that Trump’s pardons “show…how little he knows about war,” while an NBC News intervention by Jeff McCausland—retired US Army colonel and former dean of the US Army War College—suggests that the president “lacks an in-depth understanding of the military, its culture and its professional ethic.” Both Ackerman and McCausland condemn Trump’s indignant October tweet on behalf of Golsteyn: “We train our boys to be killing machines, then prosecute them when they kill!”

And yet it seems that Trump has in fact better understood—or at least more transparently embraced—the actual function of the US military, compared to all the folks tripping over themselves to swear by the killing machine’s oh-so-noble essence.

Obviously, few people enlist in the military with the explicit goal of committing war crimes—though, as Financial Times reporter Matt Kennard has revealed, the US military has a worrying history of recruiting neo-Nazis to fill out the ranks (an issue the military continues to grapple with). But as Trump’s tweet makes clear, the US military is in the business of creating killing machines, which it then deploys to brutally maintain US hegemony across the globe, “collateral damage” be damned. And with the ouster of Navy Secretary Richard V. Spencer on Sunday, the commentariat has whipped up another round of hand-wringing about the tarnishing of our military institutions.

For another example of willful delusion when it comes to US military history, consider a dispatch at The Hill, coauthored by a retired US Army lieutenant general and a former US ambassador at large for War Crimes Issues, who bring up Abraham Lincoln’s 1863 Code for Government of Armies in the Field—after which, apparently, US military forces have always “adhered to a strict set of rules and laws that regulate their conduct.” Indeed, servicemen and women “know that it is both wrong and illegal to engage in acts that long have defined other less scrupulous armies—rape, pillage, torture, murder of one’s foes, and intentional attacks upon a civilian population.”

A glance at such events as the Vietnam War, however, indicates that—even a century after Lincoln’s code—“scrupulous” was not really the name of the game. As US journalist and historian Nick Turse notes in his book Kill Anything That Moves: The Real American War in Vietnam, the “stunning scale of civilian suffering” in the country was “far beyond anything that can be explained as merely the work of some ‘bad apples’” in the US armed forces: “Murder, torture, rape, abuse, forced displacement, home burnings, specious arrests, imprisonment without due process—such occurrences were virtually a daily fact of life.” Furthermore, they were the “inevitable outcome of deliberate policies, dictated at the highest levels of the military.”

In a chapter titled “Where have all the war crimes gone?,” Turse details how American news reports on Vietnam “described thousands of incidents that violated the laws of war, but usually skipped blithely past the implications, neither labeling nor acknowledging the crimes.”

Of course, those who drew attention to US war crimes in Vietnam—like Hugh Thompson, the helicopter pilot who intervened in the notorious My Lai massacre of hundreds of Vietnamese civilians in 1968—were roundly vilified by the military and threatened with prosecution. After all, for propagators of the illusion of a scrupulous army, exposing US crimes can be more criminal than committing them in the first place; just ask Chelsea Manning.

To be sure, the whole “bad apple” argument is helpful in distracting from the possibility that the US war machine is itself putrid to the core—which is presumably part of the reason that so many US military apologists are up in arms over Trump’s decision to pardon Lorance, Golsteyn, and Gallagher. Case in point: An Atlantic article headlined “Trump Sides With War Criminals” insists that the United States possesses a uniquely “principled and disciplined military that operates with clear ethical norms,” and that this has brought numerous advantages such as “allies willing to have American bases on their territory and to participate in the wars we fight.”

Who cares that it’s called empire, not ethics—or that the military’s supreme discipline and goodness is called into question by other Atlantic articles like the one about the 2005 massacre by US Marines of 24 unarmed civilians in Haditha, Iraq. This particular piece bore the headline: “Why We Should Be Glad the Haditha Massacre Marine Got No Jail Time.” So much for not siding with war criminals.

The New York Times, too, has gone into overdrive on the pardons front, with commentators fretting that Trump has “betray[ed] the military” and that the “laws of war are history.” The Times editorial board published a lengthy dispatch alerting its readership to the danger of nationwide “moral injury”—also known dramatically as a “bruise of the soul”—which can happen when US soldiers who have violated the “morally defensible rules” of war are excused or heroicized.

The editorial board concludes that the United States cannot just claim its moral superiority; rather, it must “be morally superior, which means abiding by the rule of law, not some sense of American exceptionalism that presumes that monsters cannot exist in our midst.” It’s anyone’s guess, of course, as to how the newspaper that played a starring role in marching the nation into an illegal war on Iraq—thanks to which countless Iraqis have been killed, maimed, and irradiated—feels qualified to lecture anyone on morals.

Moreover, by implying that the United States is superior as long as a couple of soldiers are punished here and there in a country committed to waging perpetual, devastating war around the world, the Times is in fact endorsing—not challenging—the concept of American exceptionalism. And as the self-righteous ruckus over the Trumpian pardons continues, the attendant whitewashing of empire–itself one big savage crime—is totally unpardonable."