Why were Democrats caught flat-footed by the end of Roe v Wade? | Jill Filipovic | The Guardian

Why were Democrats caught flat-footed by the end of Roe v Wade? | Jill Filipovic 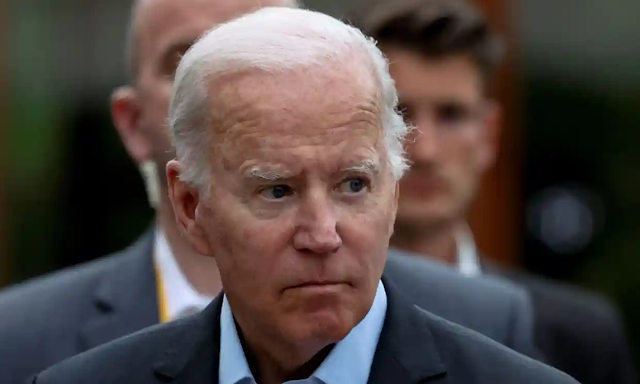 "With Roe v Wade overturned by the US supreme court and American women now living in a nation where our most fundamental rights are dependent on the state in which we reside, a lot of us are looking around and asking, “how did we get here?”

There is much blame to go around, and the bulk of it rests on the shoulders of the right-wing anti-abortion movement that sprung out of the white supremacist movement that fought to maintain Jim Crow and school segregation. The racist, misogynist Religious Right gained tremendous power within the Republican party; the Republican party proved itself willing to lie, cheat, and steal to get their way; and as a result, Americans are now living in an undemocratic nation of reactionary minority rule.

But the Democratic party hasn’t done enough to help itself, its supporters, and women more broadly.

There are a great many points where Democrats could have kept the country on the rails. Chief among them is in the aftermath of the 2000 election, when Al Gore won the popular vote, but the supreme court, along partisan lines, installed George W Bush as president. If the reverse had happened – if our arcane Electoral College system had put a Democratic loser in office over a Republican who won more votes – rest assured that the Republican party would have gotten rid of that undemocratic institution as soon as it had the chance.

Democrats, though, did nothing – even though “one person, one vote” is likely how most Americans believe our system works, and is an easy advocacy line. When Obama took office, Democrats controlled both houses of Congress. In the states, Democrats controlled more legislatures than Republicans did; more states had a Democratic trifecta (Democratic governors plus both state legislative bodies) than a Republican one. There was a brief moment here to get a lot done in the name of both democracy and women’s rights: get rid of the undemocratic Electoral College; codify Roe; rescind the Hyde Amendment, which bars federal Medicaid dollars from funding abortions for poor women, and the Helms Amendment, which bars US funding from paying for abortions for women overseas. Advocates asked the Obama administration to do all of that; they did none.

If there is one moment that portended all of what we’re seeing today, it was Bush v. Gore in 2001. Democrats had a chance to correct it. They had a base that was livid about what had happened, and a country primed to accept a “one person, one vote” rule for elections. And despite a huge win in 2008, they did absolutely nothing to prevent such an undemocratic result from happening again.

Two years after Obama’s big win, Republicans swept the midterms in what remains one of the most significant shifts in American political power in the last century. It wasn’t just standard Republican candidates who won – it was Tea Party enthusiasts, right-wing extremists, conspiracy nuts, hardcore misogynists and unrepentant racists, all of whom set the state for Trump’s rise and his eventual party takeover. Once in power, they focused on restricting abortion rights, passing hundreds of laws and imposing a smorgasbord of new restrictions.

They have controlled both chambers of the legislature in more than half of US states ever since.

Once in power, Republicans focused on keeping themselves there, democracy be damned. They scaled up efforts to restrict voting rights, carefully calibrating their laws to decrease Democratic turnout – that is, to make it harder for people of color to vote. They used whatever power they had to deliver for their constituents – not stuff like healthcare or poverty alleviation that people might actually need, but the culture war stuff that satisfied a punitive desire to screw over perceived enemies.

Democrats, on the other hand, made endless compromises.

When supreme court justice Antonin Scalia died in 2016, Barack Obama was still the president, and he had the right to appoint a judge to fill Scalia’s seat. The Republican Party, though, had control of the Senate and blocked him, claiming that, because it was an election year, the American people had the right to pick the president who would pick the next Supreme Court judge. They did not apply this same rule to themselves just four years later, when Trump was in the same position – he appointed Amy Coney Barrett to replace Ruth Bader Ginsburg. And while some Democrats complained, they certainly did not play hardball; Sen. Dianne Feinstein even applauded Barrett’s speedy and illegitimate confirmation hearings.

And Donald Trump, of course, lost the popular vote; millions more American voted for Hillary Clinton. But, thanks to an Electoral College system kept in place despite its long-apparent flaws, the majority lost in 2016. We all know what happened next.

In early May, a draft of the supreme court opinion to overturn Roe leaked to the press. It was a shock, but not a total surprise – supreme court watchers and reproductive rights advocates had been warning that this particular court was ready and willing to overturn Roe, and that they might use the Dobbs case to do it.

But even with that heads up, the day the Dobbs opinion was published, Democrats seemed to be caught flat-footed. Democrats offered poems and made fundraising pleas. They asked us to vote – even though we did, in huge numbers, in 2016 and 2018 and 2020; even though three million more Americans voted for the Democratic nominee in 2016 than the Republican one.

Only a small handful of Democrats, led most notably by Elizabeth Warren and Alexandria Ocasio-Cortez, suggested anything even remotely resembling an innovative response. And even they seemed to be coming up with it on the fly.

The unfortunate reality is that there is no immediate perfect solution for the problem at hand. The supreme court has struck down basic rights for women, giving conservative states enormous control over women’s bodies. Even a federal law codifying Roe is vulnerable to Republican takeover, and tricky to pass given the current make-up of Congress and the fact that the slim Democratic majority in the senate includes conservative Democrats Joe Manchin and Krysten Sinema.

But that doesn’t mean there is nothing Democrats can do. Joe Biden, for example, could make securing abortion rights for as many women as possible his number-one priority; he could rescind federal amendments that limit abortion access; he could give permission for clinics to open on federal lands; he could go to the mat for medication abortion availability; he could be clear that he will expand the court and end the filibuster.

Instead, he’s setting off on a national tour to remind Americans that they think he’s to blame for inflation.

Voting for Democrats matters. One problem that Democrats are currently facing is that they simply don’t have enough of a majority to get done what their base wants, and they have two feckless narcissists with Ds next their names who are hampering the party’s agenda. The midterms matter; more Democrats in office means more opportunities to pass laws that protect women and human rights more generally.

But that doesn’t mean Democrats powerless now, or that they have any right to pin the blame on voters. At the very least, Democrats should take a look at what has happened since 2001, and recognize the situation for the emergency that it is. Most of the conservative judges on the court – most of the judges who just overturned Roe v. Wade – were appointed by presidents who initially lost the popular vote but took office anyway. This has happened twice in just 20 years.

Abortion rights and democracy go hand in a hand. A nation is not democratic if half of its population do not have basic rights, let alone equal rights. As the US faces a series of crises of democracy, from an attempted coup to a hostile takeover by a reactionary minority to an unprecedented rollback of civil rights, there is a straight line that runs from Bush v Gore to Dobbs v Jackson Women’s Health.

Democrats can’t fix the past. But the least they can do is learn from it – and change course accordingly.

Why were Democrats caught flat-footed by the end of Roe v Wade? | Jill Filipovic | The Guardian
Posted by John H Armwood II at 9:24 AM