Who Gets Abortions in America?

Who Gets Abortions in America?

(Note: We are republishing this in light of the Supreme Court’s ruling in Dobbs v. Jackson Women’s Health Organization, which overturns Roe v. Wade.)

The portrait of abortion in the United States has changed with society. Today, teenagers are having far fewer abortions, and abortion patients are most likely to already be mothers. Although there’s a lot of debate over gestational cutoffs, nearly half of abortions happen in the first six weeks of pregnancy, and nearly all in the first trimester.

The typical patient, in addition to having children, is poor; is unmarried and in her late 20s; has some college education; and is very early in pregnancy. But in the reproductive lives of women (and transgender and nonbinary people who can become pregnant) across America, abortion is not uncommon. The latest estimate, from the Guttmacher Institute, a reproductive health research group that supports abortion rights, found that 25 percent of women will have an abortion by the end of their childbearing years.

“There isn’t one monolith demographic who get abortions,” Ushma Upadhyay, a professor with Advancing New Standards in Reproductive Health at the University of California, San Francisco, said. “The same people who become pregnant and give birth are the same people who have abortions at different points in their lives.” 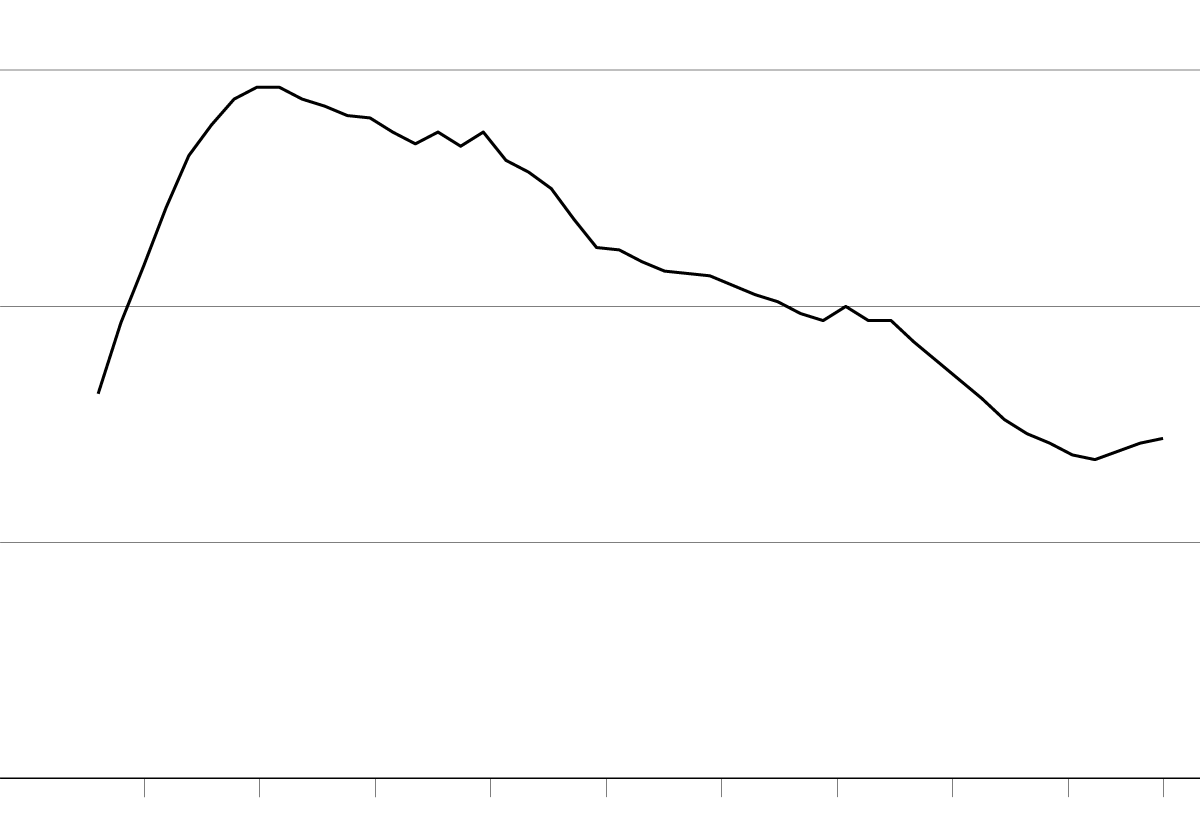 Note: Rates are for women age 15 to 44. Source: Guttmacher Institute

As heated as the issue has become in recent years, the abortion rate, calculated among women ages 15 to 44, has fallen substantially since the 1980s. Americans are having half as many abortions as 30 years ago. Researchers say a variety of factors — including better contraceptive use and less sex among teenagers — is leading to fewer unintended pregnancies.

The data offers a broad outline of abortion in the United States today — and who may be most affected now that Roe v. Wade has been overturned by the Supreme Court.

Is Already a Mother

Six in 10 women who have abortions are already mothers, and half of them have two or more children, according to 2019 data from the Centers for Disease Control and Prevention. “One of the main reasons people report wanting to have an abortion is so they can be a better parent to the kids they already have,” Professor Upadhyay said.

Is in Her First Trimester

In 1973, the Roe decision provided a constitutional right to abortion before fetal viability, around 23 weeks. Without it, at least 22 states are likely to ban abortions altogether, or much earlier in pregnancy.

The Mississippi law before the Supreme Court concerns a ban on abortions after 15 weeks. In the 47 states with available data, about 21,500 women a year, accounting for 4 percent of American abortions, had the procedure after that time. The women who receive later abortions are more likely to be poor or young or to have serious health complications.

A majority of abortion patients are in their 20s. Just 9 percent are under 20, and around a third are over 30. Teenagers used to make up a higher share, but there has been a sharp decline in teen pregnancy in the United States, starting in 1991, and a corresponding drop in abortions among teenagers. Today, American women of all demographics are having children later in life.

Has Attended Some College

Increasingly, women say they are delaying having children until they can finish school, establish a career and support themselves. The share of women attending college is climbing rapidly. For women who do not feel they have many educational or career opportunities, early parenthood is often embraced as a primary route to fulfillment, social science research has found.

Has a Low Income

Income, as a percentage of the poverty line

Up to twice poverty level

About half of women who had an abortion in 2014 were below the poverty line, with another quarter very close to poverty. Guttmacher surveys show low-income women have been a growing share of abortion patients in recent decades. Several smaller studies of abortion patients have shown similar results. Researchers say this shift reflects improved access to effective contraception among higher-earning women, and a recognition of the growing costs of raising children among poorer women. It may also reflect the growing presence of charities that help poor women pay for abortions in states where public programs don’t.

“It’s people who don’t have access to health care, access to contraception, who, when facing an unintended pregnancy, don’t have the resources to have another child,” said Rachel Jones, a principal research scientist at Guttmacher.

Has Not Had a Previous Abortion

Six in 10 women who have an abortion are having one for the first time. Another quarter have had one previous abortion. Less than a fifth have had two or more. “It’s simply not the case that abortion is something large numbers of people turn to as a form of birth control,” said Caitlin Knowles Myers, an economist at Middlebury who studies reproductive health.

Nearly half of those who have abortions are single. A third are living with a partner, and 14 percent are married. Cohabiting but unmarried people are overrepresented in abortion numbers, while married people are underrepresented, based on their share of the population. One of the groups with the largest declines in unintended pregnancies and in birth rate in recent years are unmarried mothers, according to data analysis by Professor Myers.

Had a Surgical Abortion

Women seeking abortions early in their pregnancies have two options: a surgical abortion or a medical one, in which they can take pills that cause a miscarriage.

Medical abortions are a growing share. In 2020, about half of women who sought abortions in clinics chose pills, according to a recent report from the Guttmacher Institute. The Food and Drug Administration is considering regulatory changes that would make it easier for more doctors to prescribe the pills. If that happens, they may become an even larger share of the total.

Abortions late in pregnancy or among women with serious medical complications sometimes involve other types of surgery. These procedures represent much less than one percent of all abortions.

Lives in a Blue State

The states with the highest share of women who obtained abortions in 2019 were Democratic-leaning. That may reflect differences in abortion access, and the cultural acceptance of abortion in some regions. In some Republican-leaning states, abortion is already inaccessible to much of the population. In Missouri, Mississippi, North Dakota and South Dakota, there is only one clinic per state, and for some people it’s not feasible to travel far to reach one.

“The same states that restrict access to abortion also have restrictions or increased barriers to contraception,” Professor Upadhyay said. 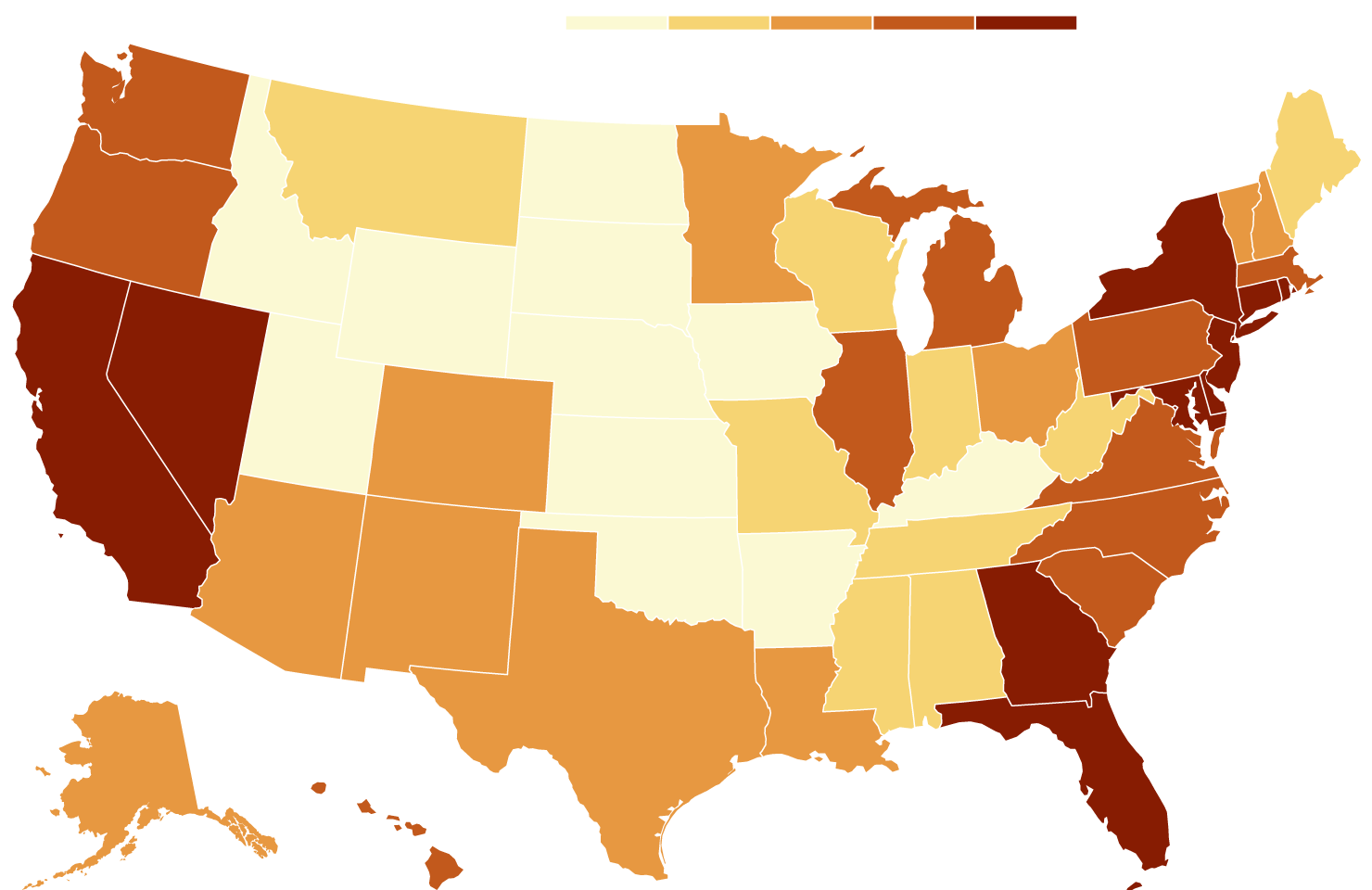 Note: Rates are for women age 15 to 44. Source: Guttmacher Institute

Still, the recent declines in the abortion rate have been larger in states with widespread abortion access than in those that have added restrictions, where abortions were more likely to have increased, Dr. Jones said. The declines in Democratic states may be in part because of increased access to contraceptionand other health care, leading to fewer unplanned pregnancies, she noted.

Around 33 percent of abortions are performed in the 22 states that would be likely to ban abortion if Roe were overturned. There would be fewer abortions in those states post-Roe. But some of those women would travel out of state, and some would end their pregnancies using extralegal means.