'The Tea Party to the 10th power': Trumpworld bets big on critical race theory Republicans aren’t coy about what they are trying to do. It’s not just about changing curricula. It’s about taking back Congress. 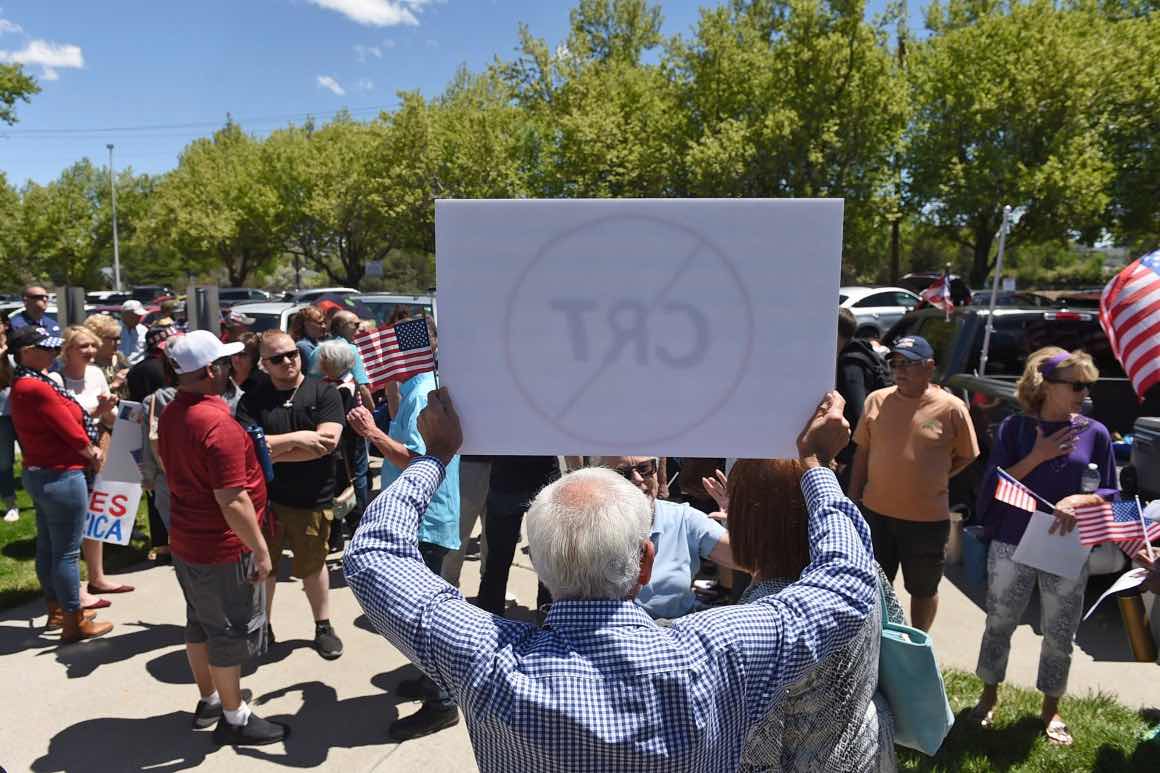 “Republicans aren’t coy about what they are trying to do. It’s not just about changing curricula. It’s about taking back Congress.

Democrats, liberal political analysts, and even celebrities have used the power of the Black press and broadcast news to push back.

Becky Pringle, president of the National Education Association and a friend to the Biden White House, supported a thorough teaching of American history — including the more painful parts — in an NBC interview last week. “We have made many mistakes in this country, but our kids, our kids deserve to learn all of that truth,” she said.

Journalist and author Ta-Nehisi Coates and Hollywood actress and LGBTQ activist Lena Waithe, along with dozens of academics and writers, are also backing efforts to support teaching students about systemic racism. They penned an open letter in The Root in support of Nikole Hannah-Jones, creator of the New York Times Magazine’s 1619 project, which many Republicans see as a key tool for pushing critical race theory.

They are combating the decision of major Trump World and other national Republican figures who are increasingly entering the fray. Earlier this month, Republicans at the North Carolina GOP’s annual convention jumped to their feet with enthusiastic applause when Trump called for a ban on critical race theory from the local school level to the federal government. Some top Republicans aren’t coy when they talk about the electoral benefits that stoking such a culture war issue could provide.

“I look at this and say, ‘Hey, this is how we are going to win.’ I see 50 [House Republican] seats in 2022. Keep this up,” Bannon said. “I think you’re going to see a lot more emphasis from Trump on it and DeSantis and others. People who are serious in 2024 and beyond are going to focus on it.”

Jessica Anderson, executive director of the Heritage Foundation’s advocacy arm, said critical race theory is one of the top two issues her group is working on alongside efforts to tighten voting laws. A former Office of Management and Budget official in the Trump administration, Anderson’s Heritage Action for America put out a pamphlet on Monday calling critical race theory a “destructive” ideology and urging voters to call on their lawmakers to support anti-critical race theory bills introduced by Reps. Chip Roy (R-Texas) and Dan Bishop (R-N.C.). It also urges voters to use Freedom of Information Act requests as a tactic to identify critical race theory-tied elements in schools’ curricula.

“It could turn out to be one of the most important conservative grassroots fights since the Tea Party movement,” she said.“