Book Says Trump Raged After George Floyd Murder, ‘I’ve Done All This Stuff for the Blacks’ 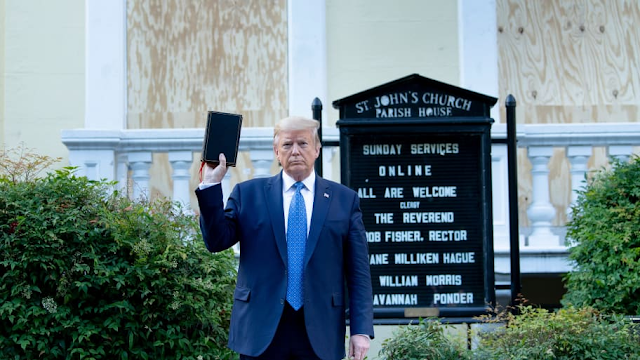 "Former President Donald Trump complained bitterly about lack of support from the Black community even after his administration mounted a callous response to Black Lives Matter protests after George Floyd’s murder last year, according to a new book. On Father’s Day 2020—after a fractious month during which Trump had tweeted “When the looting starts, the shooting starts” and ordered the forceful removal of peaceful protesters in D.C. to clear the way for a photo op—he groused to a confidante, “I’ve done all this stuff for the Blacks—it’s always Jared telling me to do this... And they all fucking hate me, and none of them are going to vote for me.”
The account, by Wall Street Journal White House correspondent Michael C. Bender, also lays blame for the president’s disastrous response on Trump’s staff. That includes then-White House Chief of Staff Mark Meadows, who allegedly told fellow officials that “nobody is going to care” about Floyd’s death, and on campaign manager Brad Parscale, who reportedly pushed to hold Trump’s first campaign rally in Tulsa on Juneteenth, which caused a national outcry that eventually forced the president to reschedule. Later, the book says, Trump would insist he singlehandedly “made Juneteenth very famous.”
Book Says Trump Raged After George Floyd Murder, ‘I’ve Done All This Stuff for the Blacks’
Posted by John H Armwood II at 9:44 PM