What Is Critical Race Theory and Why Is Trump Afraid of It? 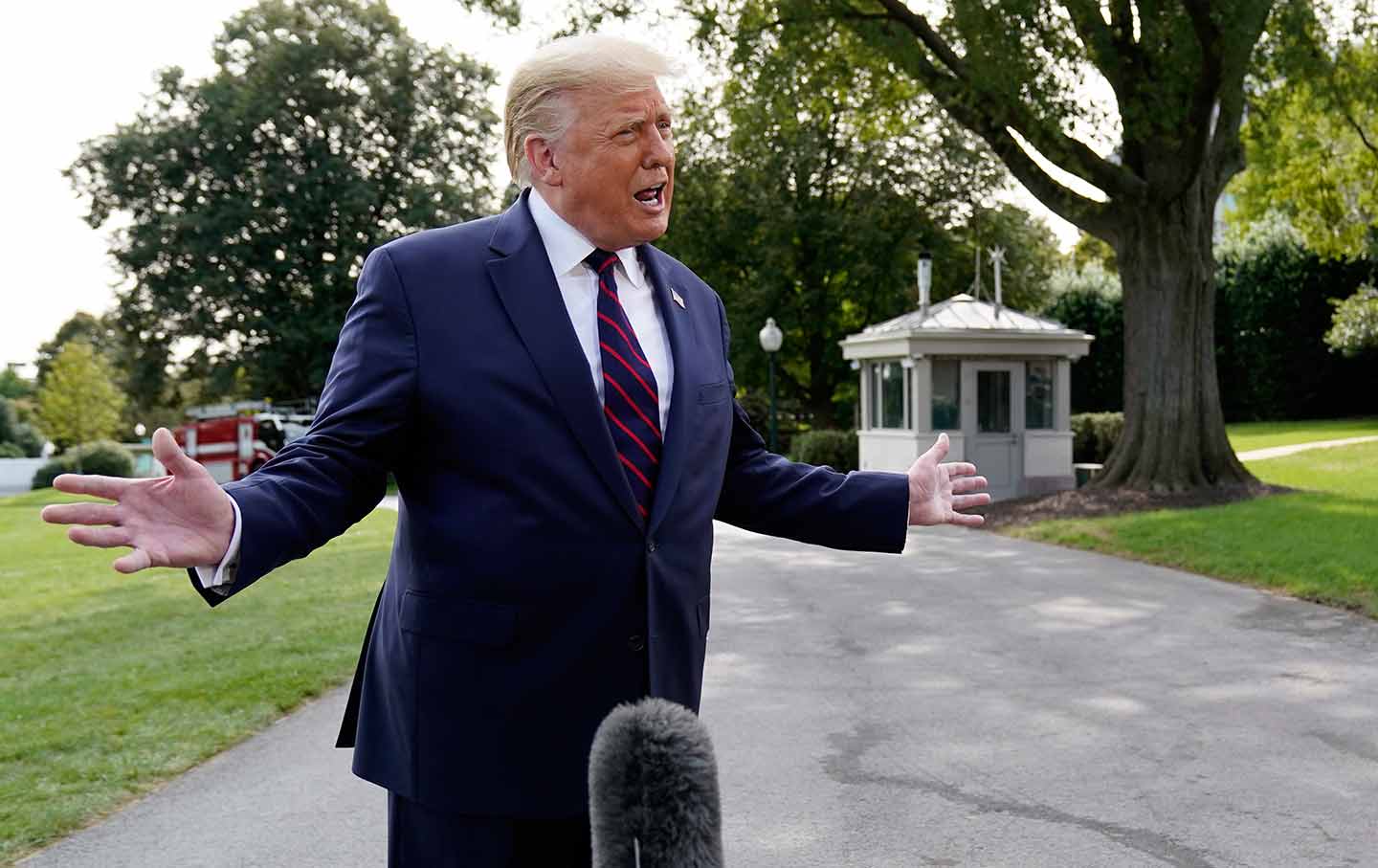 "What Is Critical Race Theory and Why Is Trump Afraid of It?

His attacks are attempt to reach those who repudiate the symbols and premises of white supremacy but worry that anti-racist advocacy can go “too far.”

By Cheryl Harris Today 5:00 am

The Trump administration recently released an Office of Management and Budget memo denouncing the expenditure of federal moneys on trainings on “critical race theory, white privilege, or any other training or propaganda effort that teaches or suggests either (1) that the United States is an inherently racist or evil country or (2) that any race or ethnicity is inherently racist or evil.” Citing unnamed news sources, the memo asserts that federal employees have been subjected to trainings in which they are required to acknowledge that “virtually all Whites are racist” and that they have benefited from racism, in contravention of basic American values. Trump’s Department of Education recently took up the effort to censor Critical Race Theory, announcing that it would review training materials and even employee book clubs to eliminate this allegedly “un-American propaganda.”

Given the fact that in the last two weeks, Covid-related deaths have surpassed 190,000, and that the number of Black people killed, shot, beaten, or choked by the police or their self-appointed fill-ins continues to rise from Wisconsin to California to New York, this OMB directive to federal agencies might seem curiously tone-deaf, but for the fact that it is so consistent with Trump’s political play book that invokes the same race-baiting moves ad nauseam. It’s Trump’s version of an anti-anti-racism remix in which anti-racism is demonized as the enemy, rather than racial oppression.

To the extent that racism is a disease on the body politic, anti-anti-racism is the ideological equivalent of the denialism that features so prominently in Trump’s response to the Covid-19 pandemic—“it will disappear one day, like magic.”

The bogeyman that the memo seeks to evoke is a familiar figure, designed to appeal to Trump’s base, reprising some infamous billboards on Alabama highways, sponsored by the white nationalist White Genocide Project, asserting that “Anti-racist is a code word for anti-white,” and “Diversity means chasing down the last white person.”

At the same time, the OMB memo is a test run to see if attacking anti-racist ideas has traction beyond diehard Trumpsters, and has resonance among those who repudiate the symbols and premises of white supremacy of which Trump is so enamored but worry that anti-racist advocacy can go “too far.”

Part of what animates the discomfort regarding anti-racism is that under the dominant view of law and politics, racism and anti-racism are simply competing viewpoints, entitled to equal treatment in the public sphere as though each view has equal access to power and resources. This equal-treatment model prevalent under current interpretations of the First Amendment has left law virtually unavailable to stop the viral spread of even the most insane and violence-inculcating views, from birtherism to QAnon.

In fact, anti-racist advocacy that focuses on race as key to eradicating racism is seen as contradicting the principle of color blindness—a view largely unquestioned until recently. Through the lens of color blindness, the sin of Critical Race Theory or any anti-racist work or activism is that it rejects the view that racism is solely the product of individual attitudes or decisions that distort otherwise race-neutral processes and institutions. The focus of Critical Race Theory is on the way that race is baked into the current political, economic, and social system so that racial subordination is reproduced through normal operations, often without regard to intent. White privilege, particularly white elite privilege, is not a fantasy but a bulwark that has thwarted the egalitarian ideals cited so often as American values, and justified an economic order that benefits the few at the expense of the many.

The national narrative of color blindness and racial progress, cultivated over the past several decades, has been ruptured as a result of epic failures in addressing two crises—the Covid-19 pandemic, and the unrelenting carnage of anti-black violence. Black Lives Matter, the call through which resistance has been shaped, has gone from the virtually unspeakable to ubiquitous mantra and symbol. One might think that the terrain has shifted, and that anti-racism, and specifically anti-blackness could be named and addressed as such. But you would be mistaken. The OMB memo is only the latest example of the same old song of anti-anti-racism being cued up and put on heavy rotation.

So while one might see Trump’s latest move as simply another attempt at misdirection, its more important contribution may be its portrayal of anti-racist ideas as extremist and politically radioactive, so that they should be denounced by “reasonable people on both sides,” especially Democrats. It’s time to resist this anti anti-racist tune and put to rest the idea that the only path to political transformation is by muting anti-racism."

What Is Critical Race Theory and Why Is Trump Afraid of It?
Posted by John H Armwood II at 3:25 PM