In 48 Hours, Colorado's Wild Weather Sets Records For Both Heat And Snow : NPR 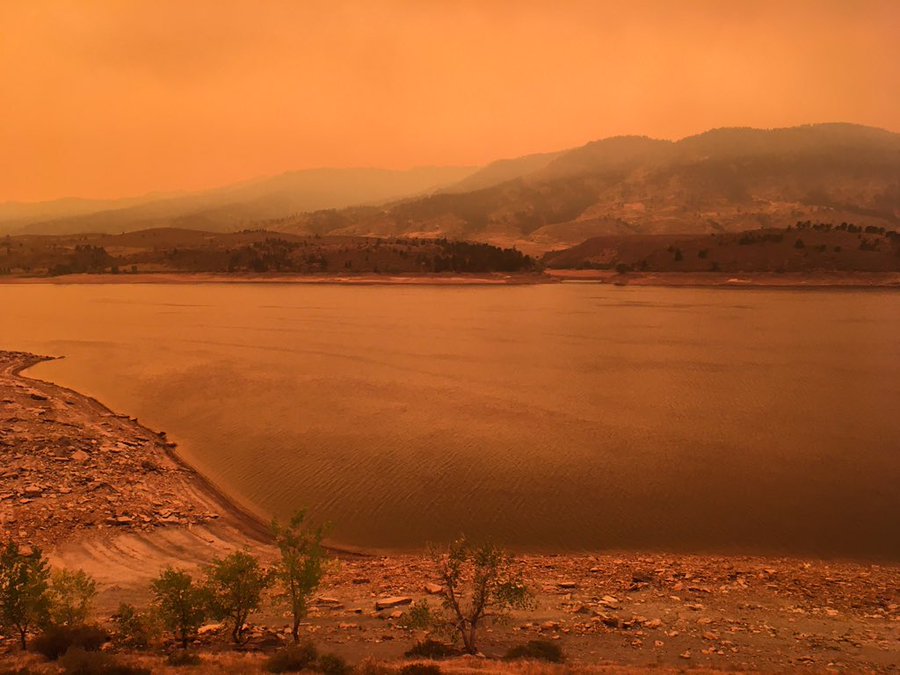 "Some Colorado residents woke up to something that felt crazy after sweltering through the Labor Day weekend: snow.


This roller coaster forecast was "truly something that I've never seen," says assistant state climatologist Becky Bolinger.
In Fort Collins, the Colorado Climate Center at Colorado State University measured .3 inches of snow this morning, "the earliest accumulating snow ever observed in over 130 years of records!"
That followed a high of 99 degrees Sunday, the highest temperature ever observed so late in September. The National Weather Service says Fort Collins hit 100 degrees on Saturday.
In Denver, it's been 20 years since it's snowed in September for much of the Front Range. The earliest snow on record for Denver is Sept. 3, 1961.
Bolinger said it's an open question how much will stick considering how warm the ground may be just 24 hours after the state hit highs in the 90s.
"It's an incredibly notable event," she says. But there's one thing that's making her sad — the possible loss of her tomatoes.
Denver reached 101 degrees on Saturday, making it the latest triple digit day on record and helping to set a new monthly record high.
Bolinger says climate change is making extreme heat the new normal for Colorado. She says researchers are studying whether the climate is playing a role in these dramatic temperature shifts.

It's not often you'll see a short-term weather story that looks like this from one day to the next. Saving for posterity...@NWSBoulder #cowx #WeatherWhiplash pic.twitter.com/6lsZrCpD8j
— ColoClimateCenter (@ColoradoClimate) September 6, 2020

Meteorologists will be checking to see whether any place in Colorado officially beats the national record for the shortest gap between a 100-degree day and measurable snow.
It had been five days in Rapid City, South Dakota, in 2000, says Alaska based climatologist Brian Brettschneider, who notes that he only studied records kept at major weather stations.
Brettschneider says there are a number of cases where it can be 80 degrees one day and snow the next. But Denver's forecast caught his eye when he saw the highs above 90.
"Once you start ticking that temperature up, and you're talking about it in the 90s and snowing shortly thereafter, then the number of instances drops dramatically," Brettschneider says.
Denver saw snow Tuesday morning, which then changed to a mix of snow and rain, but forecasters say snow could still accumulate later this evening.
Big temperature swings in Colorado aren't uncommon generally, but they are for September.
The moisture and cool temperatures could help dampen wildfires still burning around the state, like the Cameron Peak fire north of Rocky Mountain National Park that has grown amid unrelenting heat and drought.
The National Weather Service warns that the abrupt change in temperature "will have a significant impact on outdoor animals." Before the snow hit, they advised ranchers to provide protection for their cattle."
In 48 Hours, Colorado's Wild Weather Sets Records For Both Heat And Snow : NPR
Posted by John H Armwood II at 11:59 AM