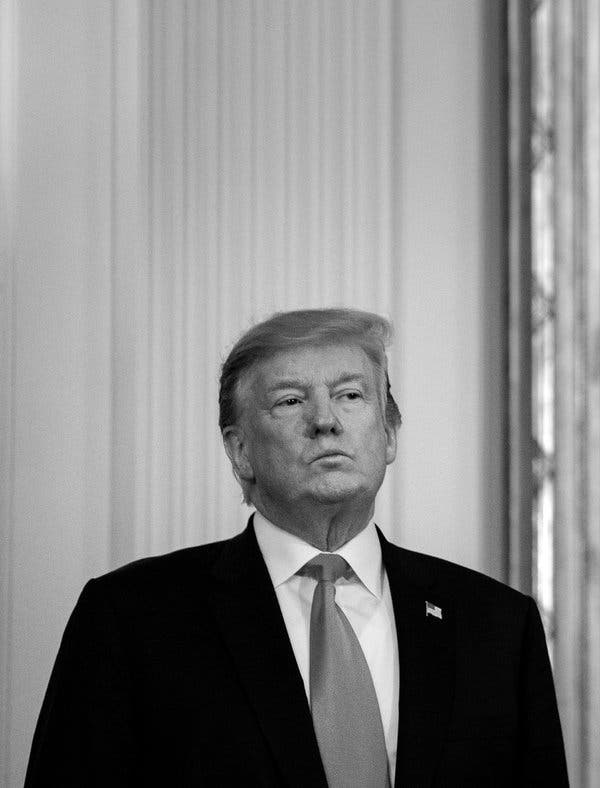 “We determined not to apply an approach that could potentially result in a judgment that the president committed crimes,” the report explains, because “fairness concerns counseled against potentially reaching that judgment when no charges can be brought.”

In other words, Mr. Mueller felt his hands were tied. Longstanding Justice Department policy prohibits the indictment of a sitting president, and it isn’t fair to make accusations without giving the president a legal forum in which to respond.

A bit further on, the 448-page report says, “If we had confidence after a thorough investigation of the facts that the president clearly did not commit obstruction of justice, we would so state.”

So what now? Although Mr. Mueller was unable to bring criminal charges against the president himself, his report lays a foundation for investigation by Congress, which has the authority and the responsibility to check the executive branch and hold the president accountable. “The conclusion that Congress may apply the obstruction laws to the president's corrupt exercise of the powers of office accords with our constitutional system of checks and balances and the principle that no person is above the law,” the report states.

It is up to Congress to decide whether the behavior described in this report meets an acceptable standard for the country’s chief executive.

In order to adequately conduct such an investigation, Congress must have access to a fully uncensored version of the report and all its underlying materials. Congressional leaders are right to subpoena the full report, as the House Judiciary Committee chairman, Jerrold Nadler, said he would do on Thursday.

The public also has a right to hear Mr. Mueller testify before Congress at the earliest opportunity.

Little wonder that Mr. Trump, when notified that a special counsel had been appointed to scrutinize his behavior, reportedly slumped in his chair and said: “Oh my God. This is terrible. This is the end of my presidency. I’m fucked.”

In addition to indicting, convicting or securing guilty pleas from 34 people, the special counsel’s office made 14 referrals for further investigation of potential criminal activity outside the purview of the investigation’s mandate. Twelve of those referrals remain secret.

The report is more definitive when it comes to the extensive interference by Russian spies and hackers in the 2016 election, a campaign of disruption it calls “sweeping and systematic.”

Mr. Mueller’s investigation found that “the Russian government perceived it would benefit from a Trump presidency and worked to secure that outcome, and that the campaign expected it would benefit electorally from information stolen and released through Russian efforts.” Mr. Mueller was not able in the end to establish definitive coordination between the Trump campaign and the Russians.

At the same time, large sections of the report, apparently regarding dealings between WikiLeaks and the Trump campaign, have been blacked out. Mr. Barr said Thursday that any such coordination between the website and the campaign wouldn’t be criminal. Congress and the American people deserve to know what happened nonetheless.

If the report — and the entire saga around the Russia investigation — has one through-line, it is the dishonesty at the heart of the Trump administration. The president told Mr. McGahn to lie to reporters about Mr. Trump’s attempt to fire the special prosecutor. The press secretary, Sarah Huckabee Sanders, made up from whole cloth the notion that “rank-and-file F.B.I. agents had lost confidence” in the ousted director, James Comey. Half a dozen people connected with the Mueller investigation have been formally charged with — or pleaded guilty to — lying to investigators.

Then on Thursday, just before the report was made public, the attorney general tarnished himself and undermined the integrity of his office by dissembling about what the report said.

By contrast, the special prosecutor’s report illustrates again and again that, despite Mr. Trump’s constant cries of “fake news,” the responsible news media’s reporting on the investigation was overwhelmingly accurate.

Mr. Mueller may have thought he couldn’t indict a president in the legal sense of the term, but he has delivered a devastating description of Mr. Trump’s attempts to abuse his powers and corrupt his aides. This report, even in its censored format, is an important step toward putting the truth of this presidency in the public record. But there’s still a long way to go before it can be said that justice has been done."