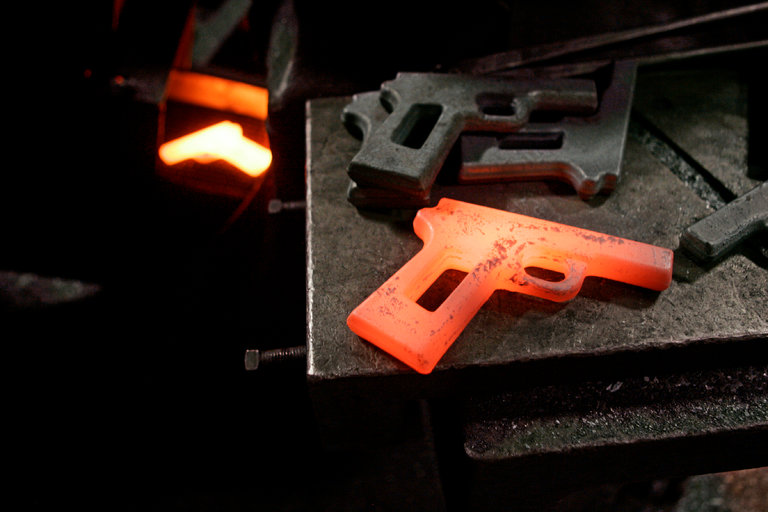 By Brad S. Karp, H. Christopher Boehning, www.nytimes.com
"The survivors of the Parkland shooting have led a national call to action, and the nation has responded. Students have walked out of their schools in protest, businesses have cut ties with the N.R.A., and our collective frustration culminated in the March for Our Lives this weekend.

Senator Charles Schumer has proposed three measures to reduce gun violence: expanded background checks, protective orders to disarm individuals at risk of violence or self-harm, and an assault weapons ban. These proposals are critically important. But there is another effective response that has been largely ignored: repeal of a law that prevents suits against the gun industry.

A bedrock principle of the American legal system is accountability for wrongdoing. Businesses that cause harm may be held legally responsible in a court of law. Through the imposition of financial liability, our legal system encourages businesses to reduce harm to consumers by making their products safer and disclosing the risks associated with their use.

Thanks in part to the accountability imposed by lawsuits, society knows more about the dangers of smoking, and tobacco companies market their products more responsibly. Automakers continually develop and install new safety features, and these innovations deliver results: From 1975 to 2016, the rate of motor vehicle deaths decreased by nearly half. While motor vehicle deaths have declined over the last two decades, firearm deaths have not: According to the most recent statistics from the Centers for Disease Control and Prevention, more people now die from firearms than motor vehicle accidents.

This disturbing reality exists in large part because, unlike other industries, gun manufacturers and sellers are shielded from legal accountability. Bowing to years of intensive N.R.A. lobbying, Congress enacted the Protection of Lawful Commerce in Arms Act in 2005. The law bars most suits against gun manufacturers and sellers for the harm they cause, immunizing the gun industry from accountability for the tens of thousands of gun deaths that occur in the United States each year.

Young people — and, as the Parkland survivors Emma González and David Hogg so eloquently remind us, young people of color — are hit especially hard. A recent study shows that firearms are now the third-leading cause of death for children ages 1 to 17 and, according to C.D.C. data, the leading cause of death for 15- to 24-year-olds. Numerous scientific studies indicate that keeping guns in a home endangers its residents. Studies have also shown that guns in the home are far more likely to be used in criminal assaults, homicides, suicides and accidental shootings than in self-defense.

Yet the law enables the gun industry to advertise its products as safety devices that consumers need to protect themselves and their families without fear of legal liability.

After the Las Vegas shooting, in which 58 people were massacred and hundreds more injured, lawsuits were filed against the companies that organized the concert, own the hotel and made and sold the bump stock device the killer used to increase the firing rate of his weapons — everyone but the companies that made and sold his guns. That is because the gun manufacturers and sellers have a weapon that is not available to the concert organizers and hotel owner — statutory immunity.

The N.R.A. claims that the act is necessary to protect gun manufacturers and sellers against unfounded lawsuits. Unlike cars, hammers, tobacco and alcohol, its argument goes, guns are intended to kill. But our legal system has multiple checks to filter out lawsuits that lack merit. There is no reason for the gun industry to have special protections that are unavailable to other businesses that sell products that pose far less risk of harm.

One element of the N.R.A.’s argument is true: Guns are inherently dangerous. But there are proven ways to make them safer. One study found that more than 40 percent of accidental gun deaths could have been avoided if the gun was equipped with at least one safety feature. Because of the act, gun manufacturers have no incentive to include such features.

After the Parkland shooting, American Outdoor Brands, Smith & Wesson’s parent company and the manufacturer of the weapon used in the Parkland shooting, announced that it would not “manufacture and market” products with additional safety features (including trigger-locking technology) and that it does not “invest in R. & D. in this area” because doing so would be “irresponsible.” Perhaps the repeal of the law would change this cynical narrative.

Gun sellers likewise enjoy broad immunity. They can sell dozens of weapons and thousands of rounds of ammunition to a single buyer who could resell them on the black market or plan a mass shooting without fear of legal accountability. Federal law requires only a perfunctory background check, and the employee handling the background form may be an untrained clerk. Without the threat of civil liability, gun sellers have no incentive to adopt more rigorous procedures or to provide training to their employees, which could stop a violent tragedy at the point of sale.

Democrats in Congress have introduced a bill to repeal the Protection of Lawful Commerce in Arms Act. Congress should pass that bill. The gun industry doesn’t deserve a special legal perk that immunizes it from liability. And the victims of gun violence deserve their day in court."