Chris Hayes: What ‘Law and Order’ Means to Trump - The New York Times 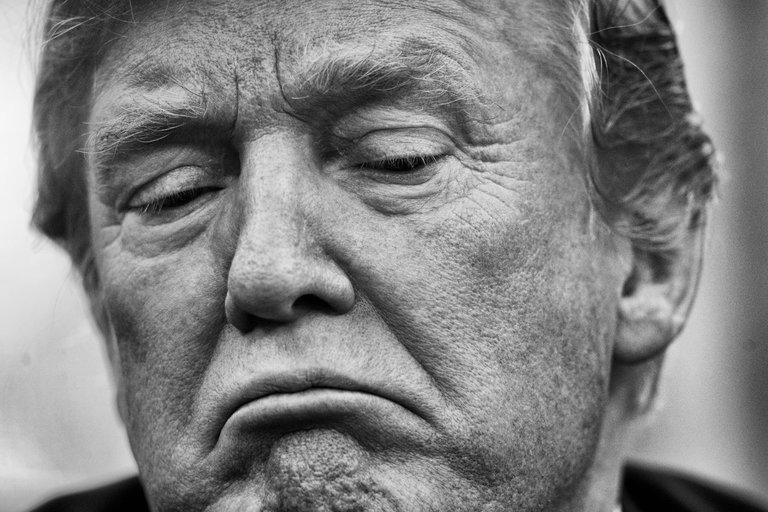 "Donald Trump is not subtle. While normal political language functions through implication and indirection, Mr. Trump luxuriates in saying the quiet part loud. But in doing so, Mr. Trump exposes what drives the politics of the movement he commands. That is most evident in the way he talks about crime and punishment.

No president since Richard Nixon has embraced the weaponized rhetoric of “law and order” as avidly as Mr. Trump. “When I take the oath of office next year, I will restore law and order to our country,” he said during his acceptance speech at the Republican National Convention in 2016. “I will work with, and appoint, the best prosecutors and law enforcement officials in the country to get the job properly done. In this race for the White House, I am the law and order candidate.”

Time and again, the president denounces “illegals” and “criminals” and the “American carnage” they wreak on law-abiding Americans. He even advised an audience of police officers to rough up suspects they were arresting.

Yet this tough-guy stance disappears when the accused are in the president’s inner circle. In defending Rob Porter, the White House senior aide accused of abuse by both of his ex-wives, the president wondered whatever happened to due process while praising a man accused of giving his wife a black eye. (Mr. Porter denies the abuse.)

It’s no surprise that Mr. Trump’s critics pounced. Where was this concern for due process, they asked, when the president and his supporters chanted “Lock her up” about Hillary Clinton, who hadn’t even been formally accused of a crime? Where was his devotion to due process when he called for the Central Park Five to be executed, and then, after their exoneration, still maintained that they were guilty?

As tempting as it is to hammer Mr. Trump for his epic hypocrisy, it is a mistake. The president’s boundless benefit of the doubt for the Rob Porters and Roy Moores of the world, combined with off-with-their-heads capriciousness for immigrants accused of even minor crimes, is not a contradiction. It is the expression of a consistent worldview that he campaigned on and has pursued in office.

In this view, crime is not defined by a specific offense. Crime is defined by who commits it. If a young black man grabs a white woman by the crotch, he’s a thug and deserves to be roughed up by police officers. But if Donald Trump grabs a white woman by the crotch in a nightclub (as he’s accused of doing, and denies), it’s locker-room high jinks.

This view is also expressed by many of the president’s staff members, supporters and prominent allies. During the same week that the White House chief of staff, John Kelly, repeatedly vouched for Rob Porter’s integrity, Mr. Kelly also mused that hundreds of thousands of unauthorized immigrants who did not fill out the paperwork for DACA protections had refused to “get off their asses.”

A political movement that rails against “immigrant crime” while defending alleged abusers and child molesters is one that has stopped pretending to have any universalist aspirations. The president’s moral framework springs from an American tradition of cultivating fear and contempt among its white citizens against immigrants, indigenous people and people of color, who are placed on the other side of “the law.” It’s a practice that has taken on new strength at a time when many white people fear they may be outnumbered, outvoted and out of time.

This is the opposite of what we like to tell ourselves is the traditional American civic creed: one symbolized by a blindfolded Lady Justice who applies the law without fear or favor to whoever may come before her. It is one of Mr. Trump’s most insidious victories that he has given his supporters permission to drop any pretense of insisting that their actions and views should conform to this principle.

If all that matters when it comes to “law and order” is who is a friend and who is an enemy, and if friends are white and enemies are black or Latino or in the wrong party, then the rhetoric around crime and punishment stops being about justice and is merely about power and corruption.

And this is what “law and order” means: the preservation of a certain social order, not the rule of law. It shouldn’t have taken this long to see what has always been staring us in the face. After all, the last president to focus so intensely on law and order, Richard Nixon, the man who helped usher in mass incarceration, was also the most infamous criminal to occupy the Oval Office. The history of the United States is the story of a struggle between the desire to establish certain universal rights and the countervailing desire to preserve a particular social order.

We are now witnessing a president who wholly embraces the latter. America can have that kind of social order, or it can have justice for all. But it can’t have both."

Chris Hayes: What ‘Law and Order’ Means to Trump - The New York Times
Posted by John H Armwood II at 10:47 AM