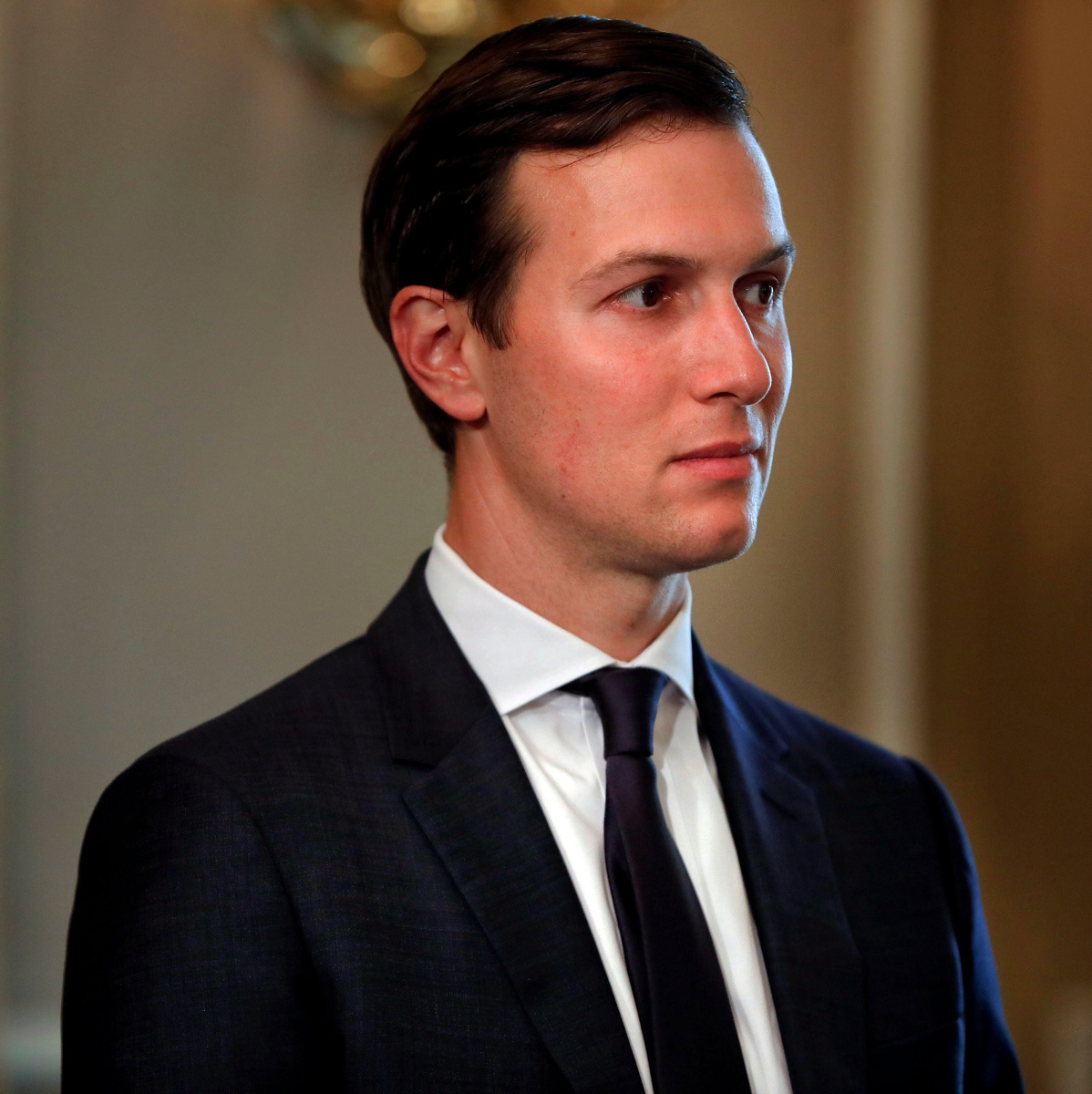 This is the second part of an editorial series on nepotism in the White House. Read more on the history of nepotism and politics here, and on Ivanka Trump’s role here.

For a Middle East negotiator, President Trump could have chosen a seasoned envoy trusted by all stakeholders and fluent in the region’s nuance. Instead he appointed the heir to an opaque Manhattan real estate empire with deep ties to Israel who boasts that, as a businessman, “I don’t care about the past.”

To lead his initiative on government innovation, Mr. Trump could have named a dynamic authority on technology and entrepreneurship. Instead he chose someone who failed in an expensive effort to bring a New York newspaper into the digital age.

When selecting his closest adviser, Mr. Trump could have chosen from among seasoned and wise strategists. Instead, he picked a political novice with no experience in government.

For all of these crucial roles, Mr. Trump turned to his son-in-law, Jared Kushner. Though Mr. Trump voices high praise for Mr. Kushner’s talent, the fact that he’s family is qualification enough for a president obsessed with close-lipped loyalty and uninterested in policy unless it benefits himself.

So one year in, what has Mr. Kushner accomplished? The answers point to why, from the nation’s founding to the present day, the architects of American democracy have tried so mightily to restrict the hiring of presidential relatives. Mr. Kushner’s achievements have not only been paltry, but he is directly implicated in some of the president’s most destructive — and self-destructive — decisions, as well as in some of the most serious accusations of self-dealing that have been made against the administration.

For more than two centuries, the principle that federal officials would be selected on the basis of merit, not heredity, has been protected as much by tradition, cultural norms and a desire to avoid the appearance of impropriety as it has been by law. That has proved an insufficient bulwark against an insecure, ignorant president, and his administration, and the American people are now paying the price.

What a liability Mr. Kushner has proved to be. American officials have intercepted conversations in which at least four countries, including China and the United Arab Emirates, discussed ways to take advantage of Mr. Kushner’s indebtedness, naïveté and ignorance of foreign policy to further their interests, according to The Washington Post. This week, The Times reported that Kushner Companies received hundreds of millions of dollars in loans through American companies, including Citigroup and the private equity firm Apollo Global Management, after their top executives met with Mr. Kushner in the White House. The Qatari government’s investment fund was a major investor in Apollo’s real estate trust.

This was all occurring while Mr. Kushner had access to top-secret intelligence, despite having failed to secure a permanent security clearance. His faulty disclosures of his financial interests and foreign contacts and his indebtedness have most likely held up his clearance for more than a year. His access was downgraded this week from top secret to secret, hardly reassuring.

Mr. Kushner leads the Office of American Innovation. This was once a forum for seeking ideas from the nation’s top corporate executives, who served in advisory roles. But most of them resigned after Mr. Trump defended neo-Nazi protesters in the aftermath of a deadly riot in Charlottesville, Va. The office’s effort to continue the overhaul of outmoded government computer networks, begun under President Obama, has been slowed, according to people working on the project, partly because many government agencies lack chief information officers and other experts to implement the change. Mr. Kushner is partly responsible for the vacancies. Even though Chris Christie, then governor of New Jersey, was running a credible presidential transition, Mr. Kushner helped oust him. (When Mr. Christie was a United States attorney he sent Mr. Kushner’s father, Charles, to federal prison for tax evasion, illegal campaign donation and witness tampering.) Of the nearly 640 key Senate-confirmed positions that President Trump can appoint, fewer than half have been confirmed — the most laggard staffing record in decades.

The innovation office was also supposed to focus on the opioid crisis, but a comprehensive list of recommendations written by a presidential commission last year are mostly gathering dust.

Mr. Kushner holds a broad foreign policy portfolio, with responsibility for Mexico, Canada, China, and Middle East peace efforts. The Kushner family’s friendship with Prime Minister Benjamin Netanyahu of Israel and the Kushner Companies’ extensive business ties to Israel fueled skepticism among Palestinian leaders. Any hopes of progress were effectively dashed when the president recognized Jerusalem as Israel’s capital, a coup for Israel for which the United States got nothing in return.

Mr. Kushner pushed for the hiring of Paul Manafort as Mr. Trump’s campaign chairman, despite Mr. Manafort’s history of shadowy lobbying contracts with Kremlin allies. He also backed Michael Flynn’s appointment as national security adviser, a job he lost after he lied about discussing American sanctions against Moscow with Russia’s ambassador to the United States. Mr. Manafort is now under indictment, charged by Mr. Mueller with a range of financial crimes, including that he concealed years of lobbying for the pro-Russia government in Ukraine, and laundered millions of dollars in proceeds from that work. Mr. Flynn has pleaded guilty to making false statements to the F.B.I. about his conversations with the Russian ambassador and is cooperating with the special counsel. Some of those conversations, portrayed in the indictment as part of a coordinated effort by Trump aides to create foreign policy before they were in power, were apparently at the direction of Mr. Kushner.

Mr. Kushner attended the June 2016 Trump Tower meeting with Donald Trump Jr. and Kremlin-linked Russians who promised “dirt” on Hillary Clinton. When news of that meeting leaked last year, Mr. Trump initially said the topic was adoptions. The truth later came out, and the meeting is part of the F.B.I. inquiry.

In December of 2016, Mr. Kushner held a private meeting with Sergey Gorkov, who runs a Kremlin-connected Moscow bank under sanctions by the United States. A White House official said the meeting was under the auspices of the presidential transition, while the Russians said Mr. Kushner was acting in his capacity as head of Kushner Companies. Federal and congressional investigators say the meeting may have been part of an effort by Mr. Kushner to establish a direct line to President Vladimir Putin of Russia outside established diplomatic channels.

Mr. Kushner said his failure to disclose the Trump Tower meeting, the Gorkov meeting and scores of other foreign contacts as part of his application for security clearance was an error.

At this point, the right question to ask is why Mr. Kushner still has any diplomatic role at all.

The Kushner family is scouring the globe for investorsto shoulder billions in debt and redevelopment costs that Jared Kushner encumbered the company with when he bought a skyscraper at 666 Fifth Avenue, at a record price for the time. How handy, then, that Mr. Kushner, who still owns a hefty stake in the Kushner Companies, is Mr. Trump’s chief liaison with some two dozen nations, often operating outside formal guidance by the State Department or the National Security Council.

After the election, Mr. Kushner met with Anbang Insurance Group, a conglomerate closely tied to the Chinese Communist Party, about a joint venture in the 666 Fifth Avenue project, potentially worth billions, even though Anbang’s shadowy ownership had drawn national security concerns. The talks ended after a storm of Democratic outrage, but that didn’t stop the Kushners from continuing to trawl for Chinese investments, using Mr. Kushner’s big White House job as a lure.

Last May, Mr. Kushner’s sister Nicole Meyer mentioned her brother and Mr. Trump in a pitch to Chinese investors in Beijing. This time the Kushners were seeking $150 million in financing for a Jersey City housing development, through the EB-5 visa program, derided as “U.S. citizenship for sale” because it awards foreigners who invest at least $500,000 in American enterprises with a path to citizenship. The Securities and Exchange Commission is investigating Kushner Companies’ past use of the EB-5 visa program. Federal prosecutors have sought records on Kushner Companies from Deutsche Bank, which over the years has lent hundreds of millions to the Kushner and Trump family businesses. Last week, the New York State Department of Financial Services, which regulates New York and some international banks, asked Deutsche Bank, Signature Bank and several others for information about their relationships with Mr. Kushner and his finances, The Wall Street Journal reported.

Mr. Kushner has spent his career until now inside a cocoon of family wealth and connections. Former associates say that as chief executive of Kushner Companies and as owner of the struggling New York Observer, which the Kushners bought in 2006, Mr. Kushner disregarded relevant experience and rules, leaving it to lawyers and advisers to clean up after his mistakes.

It’s beginning to dawn on Mr. Kushner that Washington doesn’t work like that. And the walls seem to be closing in on him. Mr. Kelly, the chief of staff, has been working to narrow Mr. Kushner’s lane, and limit his access to classified material and briefings. But as F.B.I. investigators circle the West Wing and extend their scrutiny to the Kushner businesses, Mr. Kushner might still want the protective umbrella of the White House.

Clearly, Americans deserve better from their public servants, but the law doesn’t provide sufficient protection from a president who doesn’t get that. Firming up the anti-nepotism law to cover White House advisers has been criticized as an infringement on a president’s right to seek private personal counsel. But Congress could require that presidential appointees across the federal government possess relevant credentials and experience, that they meet enforceable performance metrics, and — do we really need to say this? — that they can pass a background check. If Mr. Kushner’s performance inspires such reforms, it could prove his only real achievement."